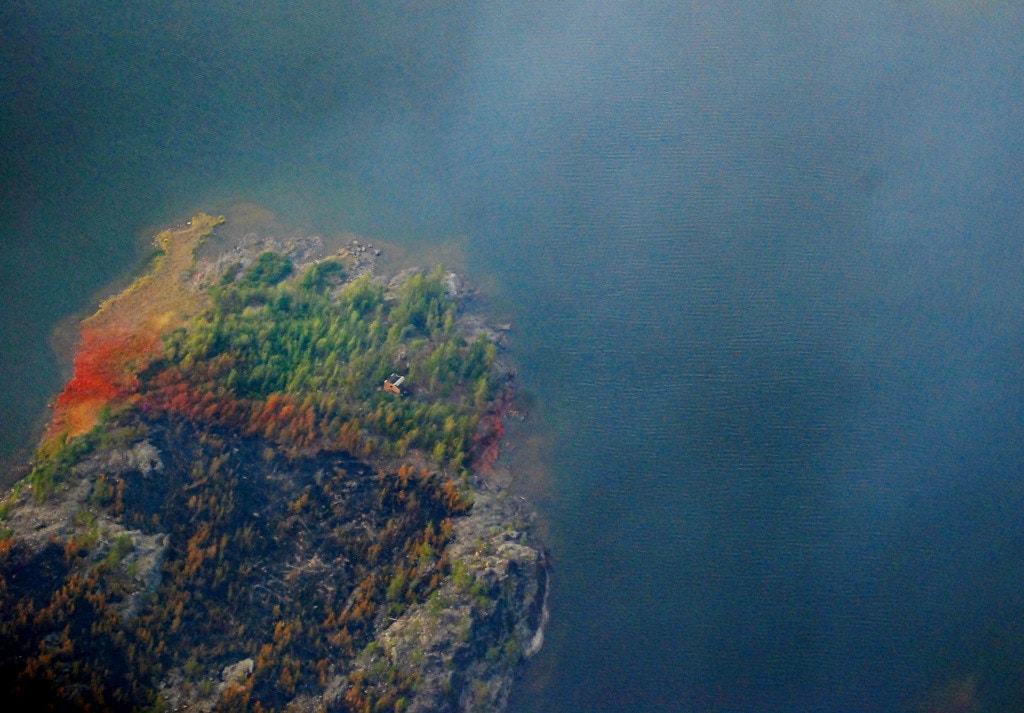 The infamous fire season of 2014 will forever go down as the “summer of smoke” for many communities across the North and South Slave plagued with relentless air quality problems for weeks on end.

Yellowknife’s Dr. Courtney Howard says staff at Environment Canada have confirmed, at least anecdotally, that it was likely the worst year in Canadian history for prolonged smoke exposure.

While anyone who endured the summer doesn’t need a reminder of how dismal and smoke-filled it was, Howard and a group of researchers wanted to ensure the fire season wasn’t just etched into Northerners’ collective memory, but recorded in detail, to be used by environment and health officials for years to come.

Last summer, Howard and a group of doctors with the Canadian Association of Physicians for the Environment partnered with Ecology North, the Yellowknives Dene First Nation and some local research leads to determine how people’s lives were impacted by the notorious summer of smoke.

Focusing on Yellowknife, Ndilo, Dettah and Kakisa — where community members were evacuated due to an imposing blaze —- the study honed in on data collected from clinics, emergency rooms and pharmacies to determine if there were increases in respiratory and cardiovascular complaints in the medical system.

While the numbers are still being crunched, Howard says there was definitely an increase in visits and prescriptions, likely related to the elevated levels of harmful particles in the atmosphere.

“It definitely looks as though more Ventolin [a brand of asthma inhaler] was dispensed compared to 2012 to 2013,” Howard says, “and there were differences in some of the other numbers from the clinics and at emerg… in asthma and pneumonia.”

Cabin fever, but for summer

Apart from hard numbers, the study also included an autobiographical video component. Members of the communities were interviewed about how the smoke impacted their lives during that summer, such as their ability to exercise or go out on the land. These interviews allowed affect on mental health to be considered along with physical health.

“We can see from the literature that there are mental health effects of forest fires, that it can be worrying for people and make them anxious,” Howard says.

Perhaps the most common malaise of the summer, however, was a frustrating form of summer cabin fever. Air quality warnings kept many indoors for days or weeks at a time, impacting mental and physical well-being.

“There’s tons of evidence in medical literature showing that exercising, and particularly spending time in nature exercising, is really good for your health,” Howard said. “It’s a way that we recommend to people with diabetes or pre-diabetes or heart disease to actually control their disease; in many situations, it actually works as good or better than medication. So if all of a sudden you’re not able to exercise outside, that actually has a potentially detrimental effect on your other health… and for depression and anxiety, too. A lot of us had that subjective feeling of cabin fever.”

The results, which will be shared in plain language reports to the public, in medical journals and as policy papers for government, are expected to help Health Canada develop public health messaging around smoke events, and Environment Canada in the communicating its weather forecasts for smoke.

Howard says the results of the study have important national and global implications when addressing the impacts of climate change.

“If you look at climate change in terms of health rather than the environment, people actually have more motivation for action,” she says. “The World Health Organization said this past year that climate change is the biggest human health threat of the 21st century, so this really is the number one priority for health in Canada.”