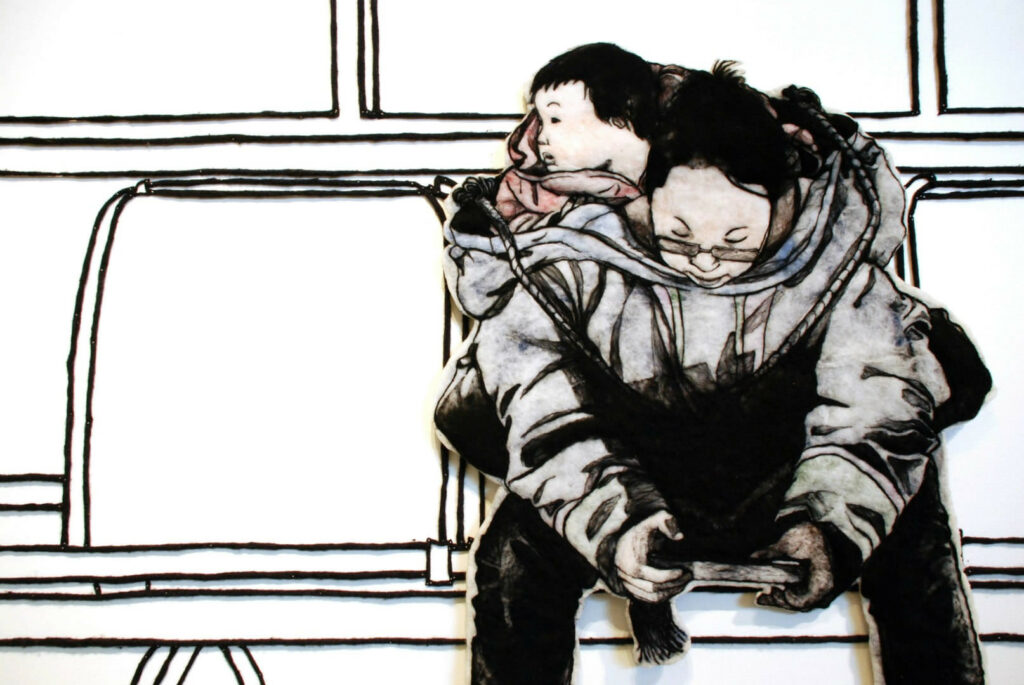 In Transit (Detail), by Alison McCreesh

From the upcoming October/November issue of EDGEYK magazine:

Yellowknife illustrator, cartoonist and textile artist Alison McCreesh is hitting the road this winter – or more precisely, taking to the skies – with her toddler, partner and balls of wool in tow, on an epic circumpolar navigation into darkness.

McCreesh, who chronicled her quirky, off-grid lifestyle as an Old Town shack-dweller in her debut graphic novel Ramshackle, will be exploring how other circumpolar countries are coping with the often rapid changes of the contemporary North.

Her project North[s] – Observations on Dark Days, involves six months of official artist residencies between November 2016 and April 2017. She’s confirmed the first three in Lapua, Finland; Petrozavodsk, Russia and Qaqortoq, Greenland, and has applied to end her sojourn with a residency in Húsavík, Iceland. She’ll be taking video, sketching, journaling and recording sound to develop a new creative body of work that looks at the North on a larger scale. She’ll also be experimenting with the new medium of stop-motion fibre art – think claymation with strands of wool – which you can check out here.

While her family’s accommodations will be paid through the residencies, each of which comes with a host organization to show them the ropes, a Canada Council grant is helping to cover travel and living expenses. Given the sky-high costs of northern living everywhere, it’s still not bound to be enough, so she’s hatched a fundraising plan that offers Yellowknifers an opportunity to be part of her 180-day journey. “Everyday I’m gone I’m going to do a sketch or drawing based on what’s happening that day,” she says. “I’m pre-selling dates for $20 so that when the drawing is done, I will mail the original as a postcard, with writing on the back, to whoever bought that date.”

McCreesh, originally from Quebec and fully bilingual, says the postcards are a way to compel her into a strict daily regimen of sketching. At the end, she’ll also compile a graphic travelogue book using those drawings, just one of many anticipated artistic outcomes from her travels.

“I hope to get a lot of material out of this trip to explore in my work for years to come,” she says, adding that she will have a large focus on fibre art.

McCreesh appears as laidback as ever about the challenges of travelling in the frigid winter months through six circumpolar countries with an 18-month-old. Taking an infinitely easier summer trip was never an option for her, she says, because the North is winter. Plus, having her partner Patrice and their 18-month-old son Riel along for the adventure will open doors into the authentic lives of circumpolar northerners.

“Travelling with a toddler is a going to be a great way to meet people. Patrice is mostly going to be spending his time with Riel and doing the usual toddler things like going to libraries and to the pool; it’s going to be a more regular day-to-day life.” McCreesh says she’s interested in the way our northern identity is shifting as tradition and modern life collide and coexist, sometimes mixing to create striking hybrids. A prime example of this expression is her large felt piece “In Transit,” depicting an Inuit woman with a child tucked in her hand-made, traditional amautit, thumbing away on a tablet.

McCreesh and her family will take off mid-October, first stop Finland. A pre-trip artist’s talk and opportunity to purchase one of the 180-day postcards will take place on October 14, 5-8 p.m. at YKARCC in Good Company (5112-51st St.)

She’ll also be providing a weekly glimpse of her work abroad through regular installments here on Edgenorth.ca. So be sure to check that out!

The Best of Hay River: Happy Trails at the Ski Club 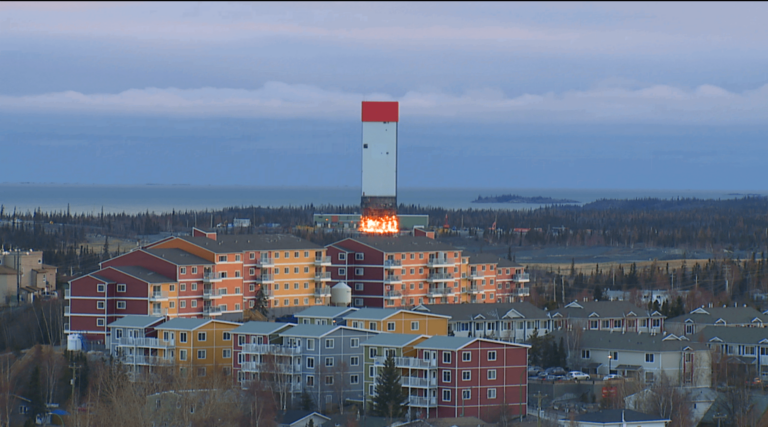 Last Looks at the Robertson Headframe 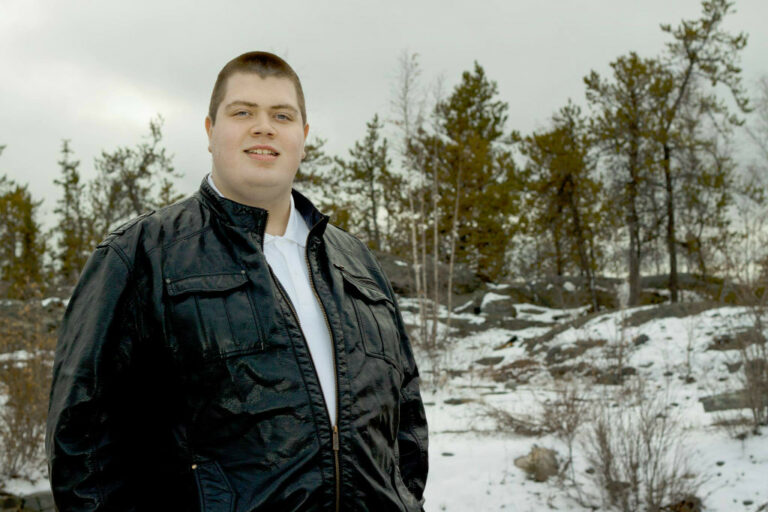