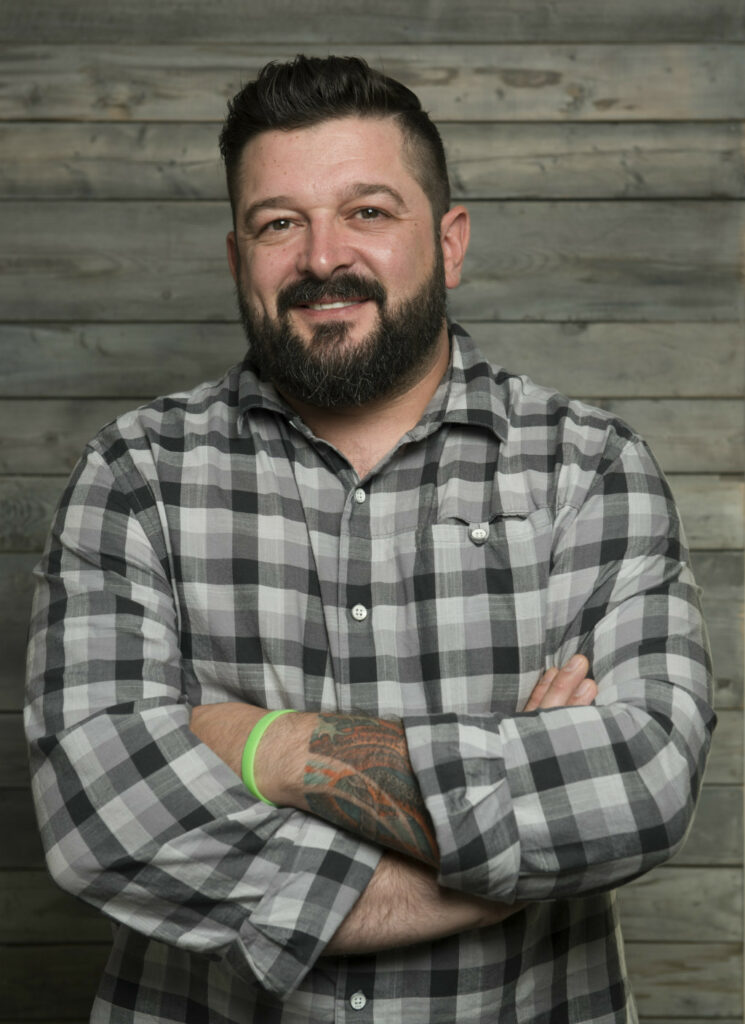 “I might have a little bit of an advantage over the average person that’s running for the City,” says 40-year-old barber, teacher and business owner, Steve Payne. “I’m talking to people in my chair … they tell me what they want me to talk about. I definitely want to be an advocate for the people.”

The co-owner of Ragged Ass Barbers and co-founder of the charity YK Cares, which provides food kits to schoolkids, moved to Yellowknife from Newfoundland 20 years ago. He’s been thinking about running for city council for the last six.

“I wanted to wait until I was a bit older and people would take me more seriously…I turn 40 in February. And life changes at that age…it’s a mental thing, you take things more seriously.”

Payne explicitly doesn’t have a platform: “I don’t see the purpose in having a fully established platform. I’m not going to go into city hall and just work on these specific things. I want to be part of making the town better.”

But he does have several issues he cites as key concerns.

While Payne doesn’t have concrete ideas for dealing with homelessness, he says the underlying problem to be addressed is addiction. The City should take the lead advocating for better addictions services while working more closely with the feds, the GNWT and Aboriginal governments.

“It seems like nobody wants to take charge and take responsibility and be the first one to jump in and say, ‘hey, you know what, we’ve got to do something.’ I think the City could be the start of something big up here.”

“There’s money for everything else; there could have been $6.5 million for a lot downtown on that corner. I think we just need to start prioritizing where we need to spend money. It costs a lot more not to do anything.”

“Maybe a multi-year grant – you make it through your first year as a business downtown, well here you go, here’s another gift for you.”

“I don’t think there’s any one thing that the City can do,” he says, of increasing Yellowknife’s population or at least halting its decline. “I think it’s going to be a matter of doing lots of small things.”

This starts with cleaning up the city, he says. “We have these bylaws, unsightly bylaws, let’s start enforcing them. If a place looks run down, let’s get some work done on it.”

Beyond that, “we definitely need to get more industry up here, so the City needs to be on task when there are mines that want to open up…We need to be an advocate for industry in the North…we can’t pay our bills on love and hugs, we need jobs.”

“It would also be nice to be able to sell those lots downtown and take the money that was made from those lots and put it into a fund where you could…maybe offer loans to people who want to move here but maybe can’t afford to move here.”

Keeping money in the North

Payne also argues the City needs to do more to “take care of our own.” This means encouraging people to buy locally and awarding contracts to local businesses.

“I want to see our money spent in town before it’s being sent down south. I think that’s totally within what we should be doing. That should be our mandate, to keep money in the North.”