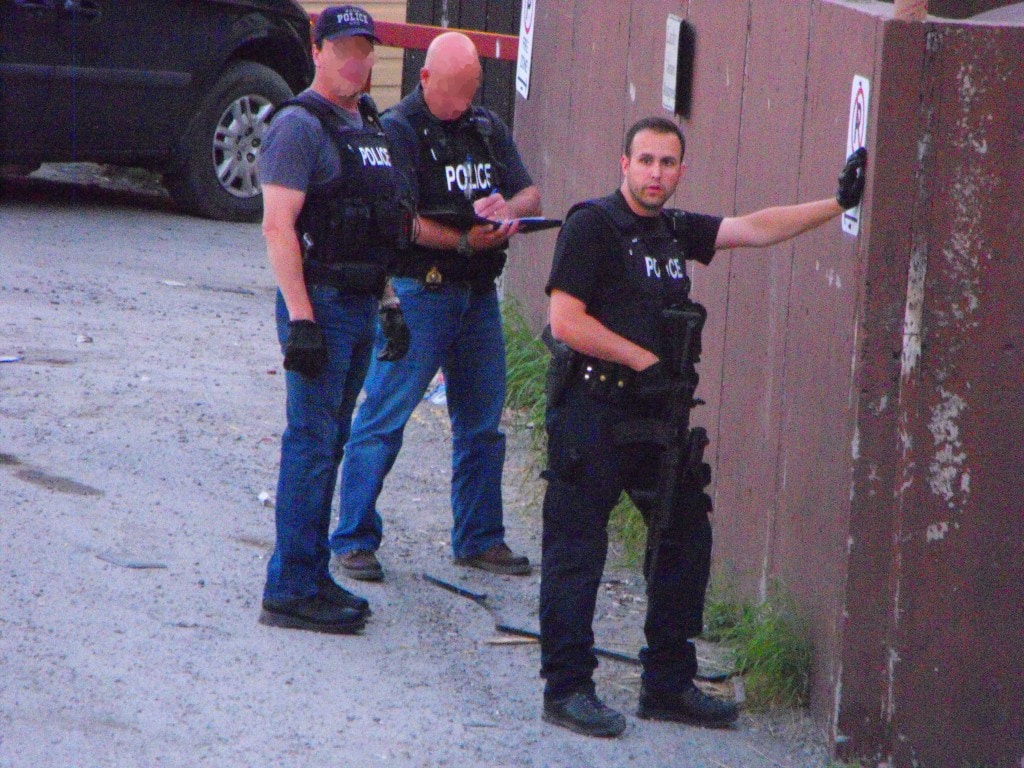 One police officer and a suspect were taken to hospital with “non-life threatening injuries” following a drug raid last night on a second-floor apartment in Lanky Court which involved, in what’s becoming a Yellowknife trend, a sword.

Three adult males and one male youth have been arrested and remain in custody, according to an RCMP press release. No charges have been laid, though “a small quantity of marihuana and a sword were seized.”

Police arrived at the three-storey apartment building behind the Franklin Avenue Esso station at around 8:45 p.m. “to execute a search warrant as part of a Controlled Drugs and Substances Act investigation.”

“When police approached the apartment unit door to make entry, they observed that the door had been fortified. As members worked to overcome the fortification, suspects inside the apartment thrust a sword through the door in what is believed to be an attempt to stab the officers.”

“Police gained entry and 4 males were arrested. One police officer and one of the suspects were injured during the arrests. Both were taken to Stanton Territorial hospital with non-life threatening injuries. They have both been treated and released.”

“We got home at about 8:30 and that was about when it started,” said a resident in the apartment who witnessed the scene and wishes remain anonymous. “I saw an officer hiding behind the fuel tank in front of the building with his gun drawn, and there was one guy there with him in handcuffs.”

The other officers appear to have been inside the building by that point. “All we hear is bang and we rush to the balcony, and they’re pounding down the door,” said Ty Lagimodiere, who recently moved into the apartment next to the raided unit.

“What the police officers told us: they had a warrant for a drug arrest or something like that, and some guy, when they were batter-ramming [the door], tried shoving a sword through the door at a cop, and you can tell where that went from there.”

There were eight or nine police vehicles on scene, said Lagimodiere, and the uniformed officers were joined by plainclothes officers as well as Emergency Response Team members in camouflage with automatic rifles.

Lagimodiere said at one point a man “wearing a blue shirt” was standing on the balcony next to theirs. “We heard the cops yelling at the guy on the balcony … they told him to put his hands over the balcony, and they’re all aiming at him.” By that time, there appears to have been police in the apartment, said Lagimodiere, and they managed to coax the man off the balcony.

When EDGE arrived at the scene, around 10:20 p.m. things appeared calm. There were several unmarked police vehicles still in the parking lot and officers could be seen in the apartment. By the time we left, shortly after 11:00 p.m., the police could be seen looking around the apartment and balcony with flashlights.

“There’s a lot of weird things going in that building right now,” said the anonymous resident. “We see a lot of drop-offs and pick-ups … There’s a lot of heavy traffic in and around the C building and the D building. My house always reeks of drugs, but there’s nothing you can do. I’ve talked to RCMP in other buildings and nothing can be done; once you smell it, it’s already too late.”

Lagimodiere, a construction worker from Edmonton, only moved into the apartment several days ago and hadn’t met his neighbours. But he said he’d heard rumours that they were involved in drugs.

“Lots of parties were going on here. One of our crewmembers came up here about five days ago, and these guys were partying a lot, and the people that were here before party a lot too… They were just drug dealers, that’s all I heard.” 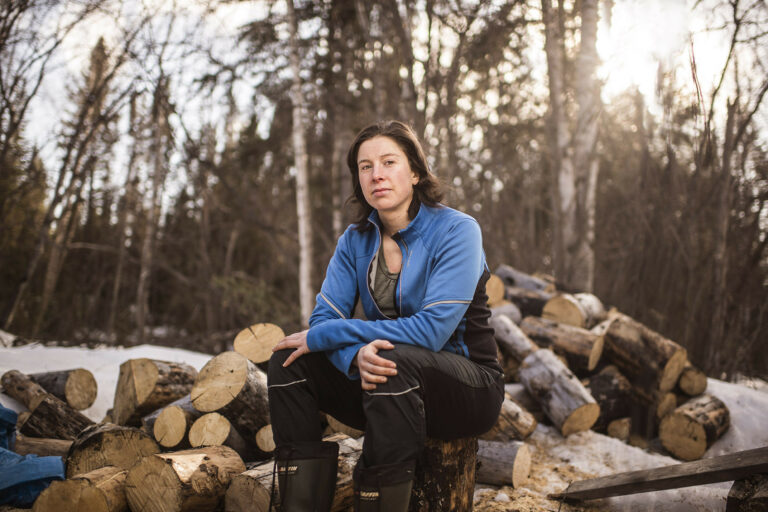