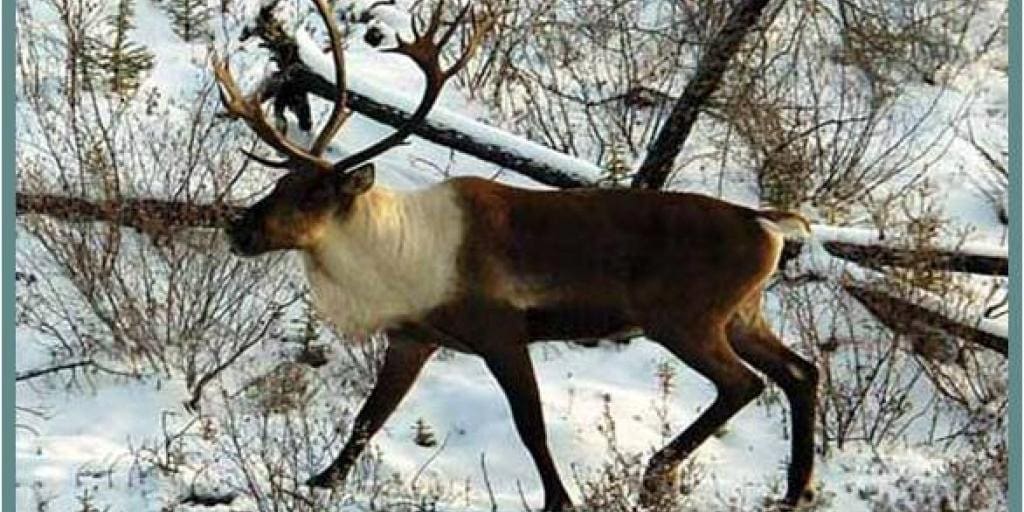 While those agreements were required to consider wildlife impact, northern conservationists fear the data used to determine annual sustainable harvesting limits for the FMA areas will be inadequate when calculating just how much time northern forests need to regenerate back to levels that can sustain the caribou.

“The main goal is to have a sustainable forestry industry [that] doesn’t impact biodiversity and caribou,” said Kris Brekke, executive director of CPAWS-NWT. “It comes down to some of the number-crunching. Are we creating a monoculture of trees or are we planning for a sustainable timber harvest that maintains some level of biodiversity?”

The GNWT signed both 25-year FMAs in 2014. The first was a partnership with Fort Resolution company Timberworks, which received its five-year land use permit in August. The second, signed with Fort Providence’s Digaa Enterprises Ltd., is still waiting on final approval.

• The Fort Resolution FMA sets the annual sustainable harvest limit at 180,600 cubic metres per year, of which Timberworks is only allowed to harvest 70 percent.

• In Fort Providence, Digaa is allowed to harvest 85 percent of the sustainable limit, which is set at 102,680 cubic metres per year. (In both FMAs, there are different limits for coniferous and deciduous trees.)

• These numbers are based on an estimate from the 2011 federal boreal caribou recovery strategy, which supposes that forests need at least 40 years to regenerate into suitable habitat for boreal caribou.

Too slow, too low

But while 40 years might be appropriate for the caribou’s southernmost range, it underestimates the needs of northern forests, says Brekke, especially when climate change impacts like permafrost loss and increased wildfires are factored in.

“In the NWT, where growth rates of vegetation are much lower, it’s quite likely that 40 years could be proved to be too low a number,” he said.

An incorrect assessment could result in a host of other problems, Brekke said. Not only would boreal caribou — already a designated Species at Risk — be further threatened, but biodiversity as a whole and the sustainability of the forestry industry itself could be in danger. Instead, he said, the GNWT should take a more precautionary approach until we know more about forest regeneration in the various regions within the boreal caribou range, and have their FMAs externally reviewed before implementation.

“If we look at boreal caribou using mature forest habitat, one could perhaps look at 70 years as a precautionary reference point,” Brekke said. “Generally speaking, we’re coming from an approach of lack of information and assumption.”

However, though the GNWT is using the federal recovery strategy as a guideline, said Tom Lakusta, manager of forest resources for Environment and Natural Resources (ENR), there has also been NWT-specific research done into forest regeneration. This research supports the FMAs.

“Environment Canada and our wildlife division have indicated that they want that national standard,” Lakusta said. “We also did more detailed studies ourselves as to how quickly the forest is likely to come back after seismic lines, and have looked at the timber harvesting that has happened in the Northwest Territories in the past.”

“Of course, there’s a big wild card,” Lakusta added. “We don’t know what the future of fires is going to be in the areas, and that of course has a huge impact on what the landscape’s going to look like 40 or 50 years in the future.”

Unlike migratory herds, boreal caribou in the NWT are considered to have one continuous range in the western half of the territory, from the southern border just short of the Arctic coast, with a total estimated population of 6,500.

More elusive than their barren ground counterparts, boreal caribou tend to live in small groups and spread throughout the forest year-round to avoid predators. While they don’t technically migrate, they can wander hundreds of thousands of kilometres through the Canadian taiga, tending to avoid recently burned forests, cutblocks, roads, seismic lines and perennial streams where predation is likely to occur.

But the increase of industrial development throughout their national range is thought to be dividing the giant herd into smaller ones. The impacts of this aren’t yet known.

“Where there’s a break in the caribou range due to development and the caribou can’t cross an area, I think there’s a concern about if that means anything for the long-term viability of the Canadian herd in its entirety,” Lakusta said.

As of fall 2014, 67 percent of the boreal caribou range in the NWT was considered undisturbed, and Lakusta said ENR is “confident” that the 65 percent threshold will not be breached by timber harvesting.

But because the range isn’t divided up regionally, there are some areas where habitat disturbance levels are greater than 35 percent. That includes the Dehcho and South Slave, where the two FMA areas actually overlap with the remaining caribou habitat.

“Currently available undisturbed habitat within the South Slave is found within two of the timber harvest planning areas,” Brekke said. “In the South Slave, there’s already 54 percent disturbed habitat, so of the remaining 46 percent, a quarter is in the planned harvest area, which really amplifies the need to get the planning right the first time. So there’s some urgency to it.”

The GNWT has targeted the completion of regional range plans for the Dehcho and South Slave by next year.

“There’s a look at regional range management plans to see how we can better break this down and better understand how caribou behave,” Lakusta said.

The department has also opted to take an “adaptive management approach,” meaning harvesting practices will be modified, if needed, as current unknowns like regeneration and the impacts of factors like climate change become more apparent.

“The government the Northwest Territories would certainly look at it and say, what has changed here, and what are the ramifications of this change?” Lakusta said.