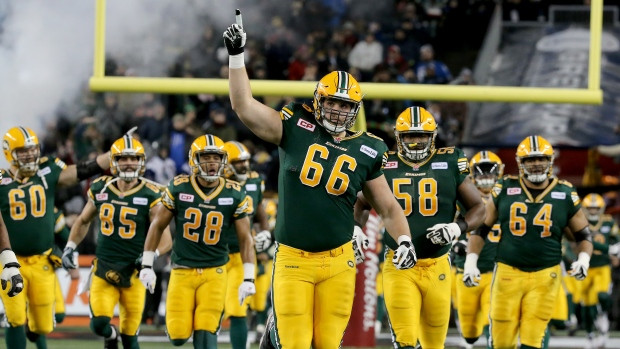 The Eskimos of Edmonton, in their traditional garb | Photo courtesy TSN

Northern football fans have something to celebrate this week with the arrival of the Grey Cup in Yellowknife, but not everyone is thrilled about the team bringing it here.

A representative from the Edmonton Eskimos, who won the Canadian Football League championship against the Ottawa Redblacks last year, arrived with the cup today. Club president Len Rhodes, who is also in town representing Edmonton’s Chamber of Commerce at the Opportunities North conference, says he wanted to make sure “the people’s cup” was able to meet its northern fan base.

“We try to make sure it doesn’t get hidden in an office somewhere and no one gets to view it. We love when people get to interact and fans of ours and the Canadian Football League can spend some time with it,” he said.

“I doubt they have to face Inuit very often. And I’ll bet that some of them have never even met an Inuk.”

But the arrival of the Eskimos North of 60 has some observers asking questions about the team’s name — especially members of the Inuit community, who have called it out as racist and outdated, similar to other controversial sports monikers like the Washington Redskins.

Alethea Arnaquq-Baril, the Nunavut-based filmmaker behind the recent documentary Angry Inuk, believes it’s time for sports teams to relinquish the names and images that misrepresent and insult Indigenous peoples. She hopes the fact that the Eskimos are venturing up North will be a wakeup call for the team that the name is offensive to some Inuit.

“I hope the team and everyone involved in it feels really awkward about coming north to a place where many Inuit live. I hope they are forced to utter the word ‘Eskimo’ to the faces of Inuit many times, and that they cringe every time they do it, knowing that for some Inuit, it’s a hurtful and painful thing to hear,” she told EDGE.

“I hope that this trip north shows them how absurd it is for them to be using an term that is, at best, an outdated racial identifier as their team name. I doubt they have to face Inuit very often. And I’ll bet that some of them have never even met an Inuk.”

Arnaquq-Baril is not the only one calling for a name change. Last year, Inuit Tapiriit Kanatami president Natan Obed suggested it was time for Edmonton to pick a new team name, saying the current term is outdated, derogatory, colonial and offensive.

Obed was invited to meet with Rhodes in January. The two spent some time talking at Edmonton’s Commonwealth Stadium, where Rhodes says they shared viewpoints on the controversial brand.

“We had a very, very respectful conversation,” Rhodes says. “[Obed] did share that he had some concerns with the name, and I assured him that we always, always use our name with pride and the utmost respect, and we will continue to do so. We’re a community owned football club and, for us, it’s very important to always show respect to various groups. We support diversity in all forms, we celebrate it, and we’re one of the more progressive organizations. So we feel we have a very good track record with showing respect for the name.”

Rhodes noted that there is no consensus among Inuit with respect to the name, and says he is happy to chat with the public while out with the cup. There are currently no plans in place to change the name, he says.

“I certainly want to embrace, interact and engage with fans,” he said. “We have so much respect for all citizens, including the Inuit community, because there’s a lot of pride, a lot of tradition, and the association for us is that we are the most northern team in Canada when it comes to the Canadian Football League. That makes us very proud, and is a point of differentiation — one that we celebrate. That’s the impact we want to have, is to get people together and not tearing people apart.”

The cup comes at the pleasure of the Canadian Football Hall of Fame, whose handler is accompanying it for the journey. The trophy will make public stops at Sir John Franklin high school tonight from 6 p.m. to 8 p.m. and Tim Horton’s on Friday morning between 8:50 and 9:20 a.m., along with private showings at K’alemi Dene School, the Legislature, City Hall, the Explorer Hotel, Yellowknife Seniors’ Society and Joint Task Force North. 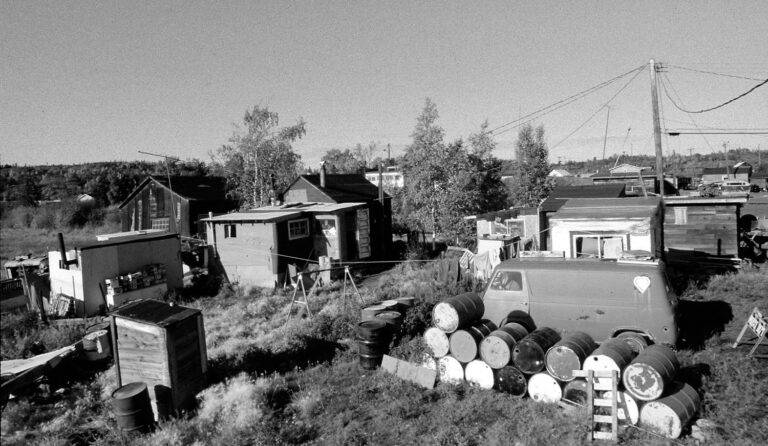 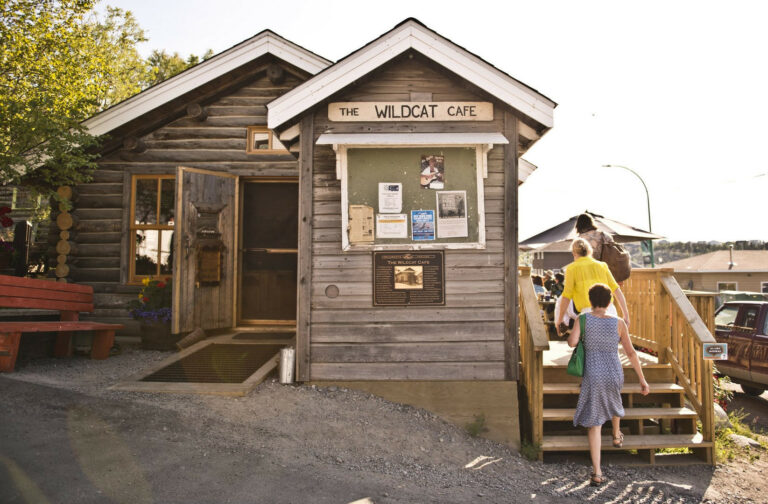 The Wildcat Scandal: Why We Eat Imported Fish on the Shore of Great Slave