A short-list of female all-stars from the Northwest Territories is stacking up on social media as suggested names of who can take the place of NWT Commissioner George Tuccaro when he reaches the end of his six-year term in May.

Yellowknife Centre MLA Julie Green says it’s time for a woman to be appointed to the role, which has been held by two women in its 110-year history, the last of whom served 11 years ago.

While the decision is ultimately made by the federal government, Green says the GNWT can play a role by making its own recommendation.

Green herself recommends Margaret Thom, former assistant commissioner and a respected elder from Fort Providence, for the role, but is soliciting further suggestions on her Facebook page.

People have been quick to chime in with their recommendations. Here are a few:

Gail Cyr: A former Yellowknife city councillor, Cyr is credited with establishing the Native Court Worker Association for the NWT and has served as chair of the Labour Safety Standards Board and Victims Assistance Committee. She has also worked as legislative advisor for the department of Municipal and Community Affairs (MACA) and special advisor to the Minister Responsible for Women.

Julie Lys: A Metis nurse practitioner from Fort Smith, Lys sits on the Canadian Nursing Association’s National Expert Commission and is North of 60 director for the Aboriginal Nurses Association of Canada, specializing in addressing social determinants of health and incorporating Aboriginal wellness values into the current healthcare system.

Jane Groenewegen: One of the longest-serving MLAs in NWT history, Groenewegen spent a record five terms as the member for Hay River South in the Legislative Assembly, during which she served as Deputy Premier and minister of Health and Social Services, Seniors, Persons with Disabilities and the Status of Women.

Jane Dragon: A Chipewyan Elder from Fort Smith, Jane Dragon is an educator in language and culture in both K-12 and adult education in the territory, serving as guest instructor at elementary schools, culture camps and Aurora College. She is a regular instructor at the Dechinta Centre for Research and Learning and resident Elder of the Arctic FOXY program’s annual retreats.

Nellie Cournoyea: The first woman premier in the Northwest Territories, Cournoyea served as MLA from 1979 to 1995 before sitting at the helm of the Inuvialuit Regional Corporation for 20 years, where she was instrumental in the completion of the Inuvialuit Final Agreement.

Rassi Nashalik: An Elder and former broadcaster, Nashalik spent 19 years as host of CBC North’s supper-hour news program, Igalaaq. Prior to her work with CBC, she worked as a manager of the Inuktitut section of the language bureau for the GNWT, an interpreter translator for the Arctic Co-operatives Federation Ltd. and a community health representative in Pangnirtung.

Sharon Firth: A four-time Olympian cross-country skier, Firth and her twin sister Shirley were some of the first Aboriginal athletes to compete at the international level. Currently an employee of MACA, she has spent her 20 year career as an advocate for education, wellness and traditional livelihoods, and was recently inducted into the NWT Sports Hall of Fame.

Ethel Blondin-Andrew: A former Liberal MP for the NWT, Blondin-Andrew was the first Aboriginal woman to be elected to Canadian Parliament and the first to become a member of Cabinet, where she held the positions of Secretary of State for Training and Youth, and Northern Development. She serves as chair of the Sahtu Secretariat Inc.

Wendy Bisaro: A former MLA for Frame Lake, Bisaro began her political career as a school board trustee and Yellowknife city councillor before being elected to the Legislative Assembly and serving two terms.

The primarily symbolic role of the commissioner is similar to that of lieutenant governor in the southern provinces and consists of officially approving bills passed by the territorial government, swearing in MLAs and representing the NWT at functions and ceremonies.. 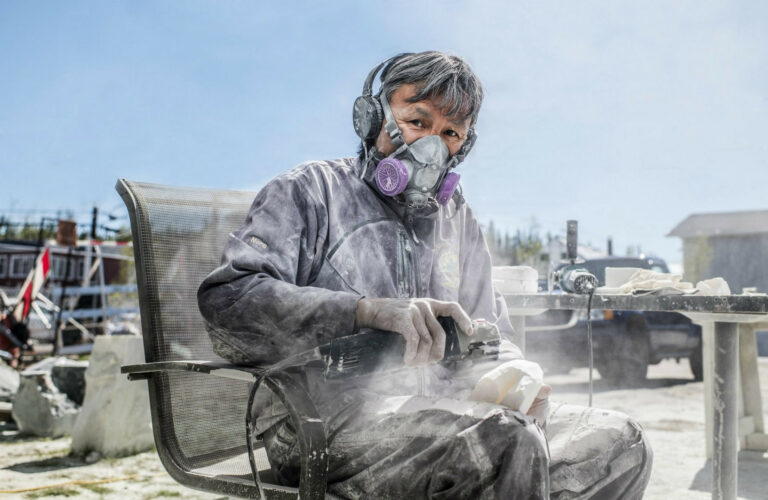