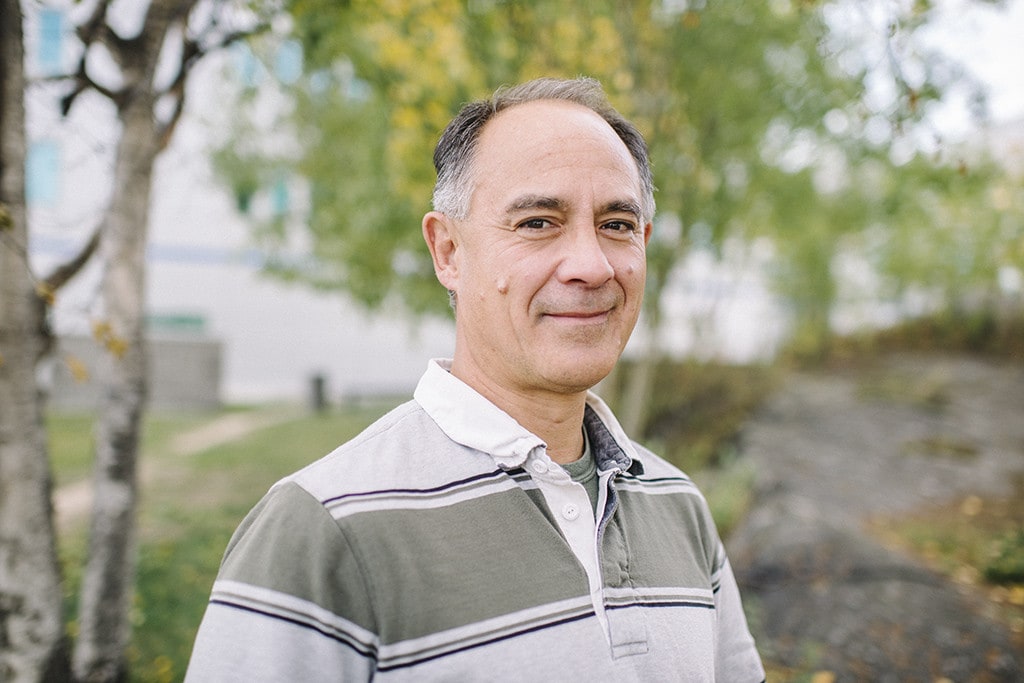 The local chartered accountant who on Friday announced his intention to run against Mark Heyck is pitching himself as the polar opposite of the mayor.

If elected, John Himmelman, a 52-year-old accountant who’s been in Yellowknife for seven years, would sell the 50/50 lot, reassess the Canada Winter Games bid and drop the City’s lawsuit against the territorial government over electoral boundaries.

He’s never been to a council meeting in Yellowknife and only once run (unsuccessfully) for elected office, for a position on the school board in Sarnia-Lambton, Ontario. But the fiscally conservative candidate has sat on several boards – including ones in Ontario overseeing health care access for seniors and low-income housing access. And, as he told EDGE, “I think I’m like hundreds of other people out there, I’ve always been like an armchair mayor.”

Council’s decision last September to purchase the 50/50 lot for $1.45 million was what first made Himmelman consider running for mayor.

Heyck “was the deciding vote and he had good reasons from his councillors not to buy the lot, and then he had what I thought were shallow reasons from his other councillors to buy the lot. And he thought, ‘ah, we don’t need a plan to spend, what, $1.4 million on this,” says Himmelman. “From the point of view from fiscal prudence, you’ve pretty much set a default that if you can afford something you’re going to buy it, even if you don’t have a reason.”

If Himmelman is elected, he’d put the lot back up for sale. Though he admits that “it’s not going to sell that fast.”

“If we could sell it right away for what we paid for it, I’d say good, done, get rid of it. How much lower I’d go? It’s hard to say. I wouldn’t recommend spending any more money on it unless we had a lot better ideas than we have now.”

The current plan to turn the lot into a plaza is simply a Band-Aid solution, he says – “The underlying problem is the general economy of Yellowknife. If it was booming, there’d probably be something viable there and someone would have bought it.”

“We misplaced the priorities, we should have been pursuing economic development activities. For the $1.4 million you could have put that into some kind of economic development project to get business, and get people employed, and maybe even attract more people here. Then just by its nature, afterwards it becomes viable. So the foundation is broken and they want to keep repainting this thing or fight over what colour to paint it.”

Himmelman doesn’t outright oppose the Canada Winter Games bid, but he says there needs to be far clearer evidence that financial benefits will accrue in Yellowknife before going ahead.

“I don’t think you should spend money unless you’re going to get a benefit from it. You should definitely know exactly what you’re getting from it.”

“I say they have to make a very clear case that there’s a financial benefit, or it has to be at least cost neutral. The kids aren’t going to suffer [if the games don’t happen in Yellowknife], they’re going just going to where the games are being held anyway. So why are we going out of the way for this pageantry with no real benefit, why saddle ourselves with more economic cost?”

City lawsuit against the GNWT

“I’m completely against that, I would try to pull the plug on that,” says Himmelman, of the City’s lawsuit against the GNWT that’s seeking to give Yellowknife more representation in the legislative assembly.

At this point, the lawsuit is sufficiently far along – NWT Supreme Court judge, Justice Louise A. Charbonneau, has already heard the City and the GNWT’s argument – that in reality it’s unlikely a Mayor Himmelman could slow the decision down. But Himmelman thinks, “if it’s in our favour we shouldn’t take those seats.”

“My understanding is that in the legislature it’s always a Yellowknife-versus-the-communities push-pull problem. And I think Yellowknife should show some leadership and just stick with what they have and look for other ways, rather than try to bully money away form the communities.”

While Himmelman’s interested in downtown revitalization, he doesn’t think the City should be taking such an active role promoting it.

“To be honest with you…unless we can attract high-density residential development, I don’t see it resolving itself.”

“Right now things are slow in Yellowknife, and there are lots of empty commercial buildings. Yellowknife needs a big economic influx, so to try and pretty stuff up in the meantime is a waste of time…Revitalizing the downtown isn’t going to open a mine, it’s not going to develop a secondary industry. Those are things that happen by themselves, if you’ve got a really healthy economy.”

And what would he as mayor do to promote that healthy economy? Well, he wasn’t totally clear. Though he did say, in broad strokes, that “there’s a limited amount we can do as far as spurring on business, other than letting people know we’re open to business,” adding “Let’s get a control over our property tax increase.”