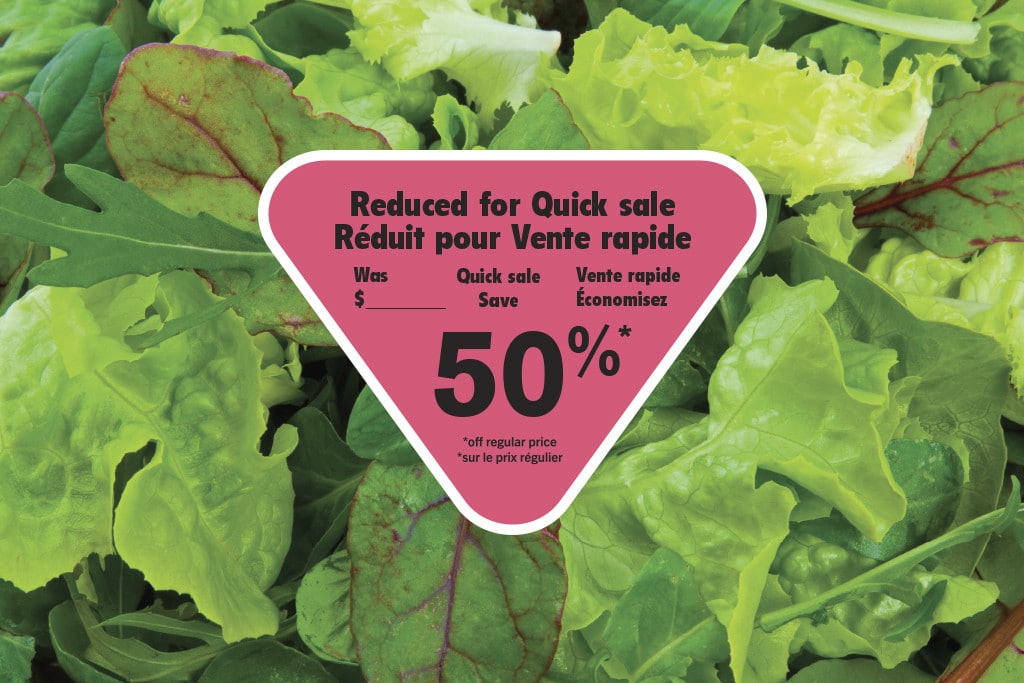 If you’ve spent any time in one of Yellowknife’s two Your Independent Grocers (YIG), you’re likely familiar with the pink reduced-for-quick-sale sticker. Most often found in the fresh produce section and deli aisles, the pink labels are an eye-catching strategy used by grocery store managers to move products quickly approaching their best-before date.

I suspect Yellowknife supermarkets have a higher percentage of pink-labelled items than stores in other places. Glen Meek, manager of the downtown Independent, thinks this is probably true, given our remote location. Perishables like spinach, yogurt, and sausage are that much older when they arrive in YK and they need to be moved that much faster.

I often buy pink-stickered products when I’m grocery shopping. I like to think I’m helping to reduce waste. I also appreciate a good deal, especially since moving north.

Given their ubiquity in Yellowknife, I have long wondered: could a person survive exclusively on pink-labelled goods? This past fall, I decided to find out. Aware that I was unlikely to be able to get my hands on some of the staples, I gave myself a few freebies, namely butter, oil, salt, pepper, tea, and sugar. Otherwise, for the duration of the self-imposed challenge, I only bought food reduced for quick sale.

There’s a geography to pink-labelled products at the Yellowknife Independents. You can find pink-stickered items alongside regular-priced products in the dairy, meat and deli aisles. At the downtown store, discount produce is shelved by the door to the stock room – though berries and salad mix are usually labelled in their regular place – and bakery items are on a shelf at the end of aisle five. Non-perishables and household items are gathered by the cash.

On day one, I visited the usual spots at Glen’s YIG gathering salad mix, naan, raspberries, tomatoes, and cookies. I was so pleased with my inaugural haul that the next day, out of curiosity rather than necessity, I made the trip to Trevor’s YIG on Old Airport Road in search of more pink-labelled goodies. To my delight, I discovered garlic goat cheese from Salt Spring Island, apples, more tomatoes, a halal chicken, and Belgian waffles (more on those later).

For the most part, I flaunt my pink-stickered produce eating…

I remember thinking: “This is going to be easy!” That first week was lush with berries. Most dinners began with a fancy cheese course. Good salad was always in abundance, and, to top it off, I had an excuse to eat pecan pie every day. It was so easy, in fact, I decided to tack on an extra week. It’s a good thing I did because I discovered there are boom and bust cycles in eating pink.

If week one was plentiful, then week two was a drought. I went without cheese and yogurt – two staples in my diet – and there was very little fruit. There were also few options in the deli aisle, which made lunches difficult. I made a habit of swinging by the grocery store every morning, but to no avail. The low point was the day I ate cheese bread and pre-cut cantaloupe for lunch. Not the most nutritiously balanced meal.

Restricting myself to discount items was not unlike subscribing to an organic box. I never knew what was coming and it was not uncommon to encounter a lot of one thing, such as mushrooms, tomatoes, or hummus. This, combined with my purchasing restrictions, meant I had to be creative. Remember that halal chicken? Typically, I stuff roasting chickens with garlic, lemon, and fresh herbs. As these items were not to be found on the discount shelf, I substituted lime and onion, not a huge leap, I know, but it still took a bit of extra thinking. Similarly, I had no problem getting my hands on fresh pasta, but what to put on it was a different story. My attempt to make pasta sauce from discounted beef, tomatoes, and vegetables was a failure. I repurposed the rather watery concoction to become wrap filling. The result was a little soggy, though not bad on the palate.

I also found myself trying things just because they were discounted. I bought goat’s milk for the first time; I discovered some new-to-me Canadian cheeses; and I was pleasantly surprised by the Sumac, Honey, and Mint Labneh, a recent addition to the President’s Choice line. Not all experimentation turned out favourably. Case in point, Oakrun Farm’s “Authentic” Belgian Waffles. I can assure you there is absolutely nothing authentic about these chemically flavoured and overbearingly sweet hunks of yuck.

In addition to making me feel nauseous, the waffles taught me an important lesson: just because something is discounted doesn’t mean it’s a deal. This lesson worked in other ways as well, namely I purchased items that, while discounted, were still more expensive than foods I normally bought, including the goat’s milk and Salt Spring cheese. Likewise, sometimes the state of the item meant I was paying the same amount or more than for regularly-priced produce. During week two, I bought two green peppers (a food I normally avoid because of their bitter flavour) for the price of one, only to discover that one was filled with mould.

With few exceptions, the green pepper being one of them, the discount and often “expired” food I consumed over the two weeks was perfectly fine. The goat’s milk was still edible nine days after the best-before date, though I never quite acclimated to its tangy flavour. Even the meat I bought was OK a couple of days post-expiry – and meat is one of the foods even critics of date labels suggest adhering to. This experience further confirmed what I have long believed, that best-before dates can mean very little.

Discount stickers exist because YIGs are not allowed to sell expired items. Store managers are required to place a pink label on items the day before their best before date. Prior to 2008, stores in the NWT threw out expired items. With the passage of the Donation of Food Act by the NWT Legislative Assembly grocers now have the option to donate expired food. This has been a boon for Yellowknife’s Food Rescue program, which redistributes expired and overstock food from grocery stories and mining camps to schools and local non-profits, such as the YWCA and Centre for Northern Families.

Not all items with a pink triangle are at the end of their shelf-life. A manager may choose to apply a pink label because a product is damaged or because of excess stock. At summer’s end, Glen’s YIG had an abundance of ice cream syrup slated to expire in November. Rather than wait, Glen used the pink triangle in September to move the overstock. Interestingly, discount labels put control over pricing into the hands of the manager; all other pricing is mandated by the corporate head office.

Glen likes the pink sticker for a number of reasons, not least because it attracts customers, but particularly those on a fixed income: “Some people come specifically for these items. They will go to the reduced bread shelf before they buy something fresh,” he says. Reduced for quick sale stickers also limits the number of items the store throws out. While this cuts into gross profit, selling a pink-stickered item doesn’t result in a loss of product inventory, or shrink, the bane of the grocery store manager.

Last year, the reduced-for-quick-sale stickers went through a rebrand. The familiar pink triangle has been exchanged for a black circle ringed with orange; the pink oval used for meat is now a yellow oval with a black border. Glen prefers the pink sticker because “it catches the eye.” For this reason, he has held off using the new stickers, though as the old stock declines, he will soon have no choice.

Though I only officially ate discounted groceries for two weeks, it’s been difficult to wean myself off eating pink, and so long as I avoid Oakrun Farm’s Authentic Belgian Waffles, why should I? I’m diverting waste and saving money. I spent $155 during the two weeks of eating pink – that’s about $50 less than what I’d normally spend in that time.

For the most part, I flaunt my pink-stickered produce eating, proudly sharing my discounted organic milk or steaks with friends and family. Over the holidays, though, I was invited to a cocktail party where I was an unknown quantity. Minutes before we were to leave the house, I was madly scraping the pink sticker off the cheese I was bringing to share. When my efforts proved unsuccessful, I did the next best thing: offered to display the cheese and its accompanying crackers so that my host and the other guests were none the wiser.

Discount Foods By the Numbers

95 – The estimated percentage of pink- labelled items that sell, often within a day 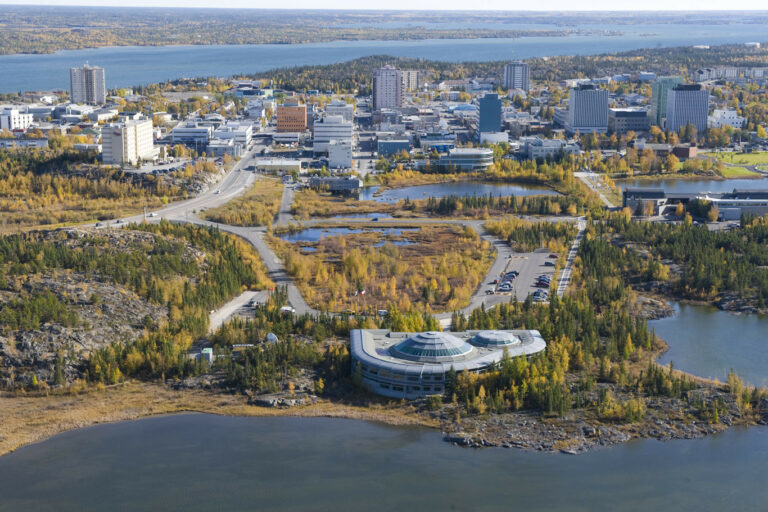 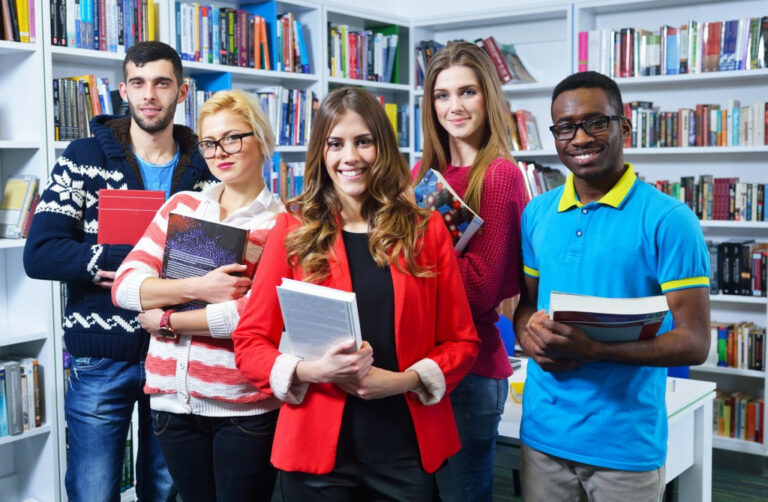 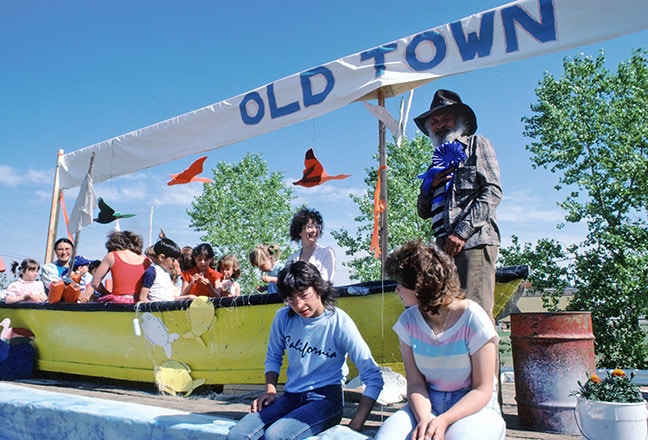