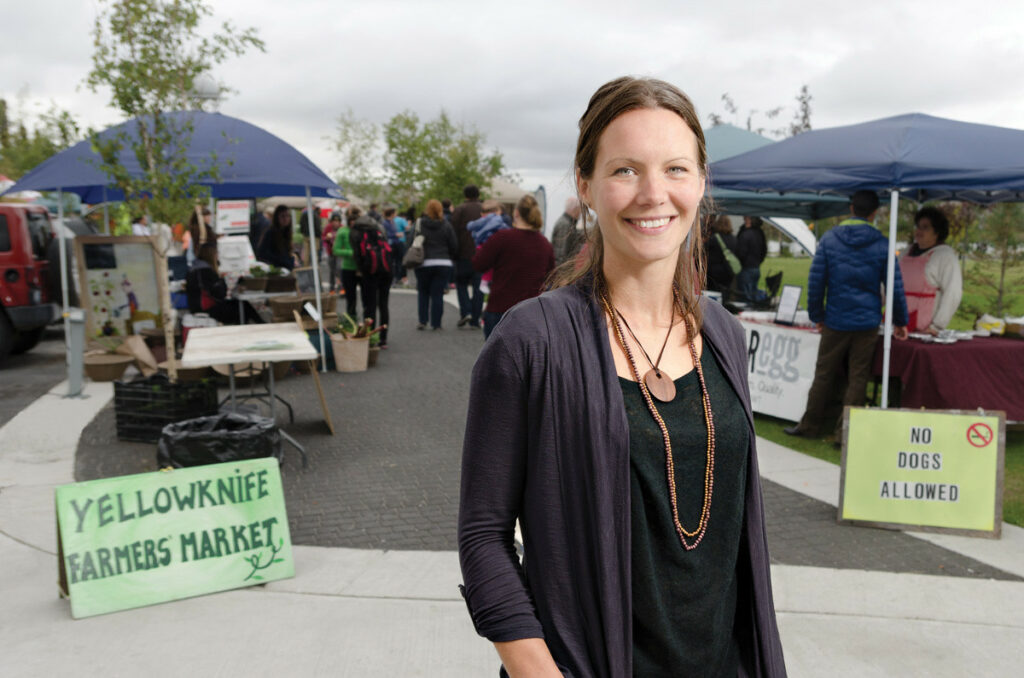 While living in Montreal I worked on a series of portraits of people involved in urban agriculture initiatives. I was inspired by the creative ways in which these people were educating others, growing food and challenging the current model of large-scale agriculture. They were all passionate about their work and willing to spend time with me to help broadcast the message about the benefits of small-scale agriculture in an urban environment. Upon moving to Yellowknife, I was excited to find a thriving community of enthusiastic people making agriculture happen here in the North. I quickly learned that growing food here is not only possible, many vegetables are easier to grow and more productive than in the south. And with the introduction last summer of the Yellowknife Farmer’s Market, they’re also for sale!

I decided to continue on with my photo series and was fortunate enough to spend some time with these incredible Yellowknifers.

Amy’s community-based research on the viability of commercial gardening in Yellowknife led to the creation of the Yellowknife Commons Collective. The collective worked hard to revive the Yellowknife Farmer’s Market and has the goal of acquiring land for a collective approach to urban farming. The first season of the Farmer’s Market was a huge success, with as many as 300 people enjoying the market every Tuesday. Amy is proud of the small business opportunities the market created and believes that this model can be successfully extended to various communities across the NWT.

Amy is busy planning the upcoming growing season and is intent on increasing food security for her own family by growing vegetables which can be preserved and enjoyed through our long winter. She says, “There is nothing better when it’s -40 than enjoying a bowl of moose-meat stew, based in a locally grown tomato sauce, with kale, potatoes, carrots and beans.” Thea started growing food commercially last year with the endless support of Boreal Garden. When asked about her first experience growing produce for market she replied, “I didn’t have any time for prep or research, I just started digging. I am most proud that I just did it. Harvest day was always my favorite; running through the field chopping cauliflower and digging through the soil for carrots!” Look for Thea at the Farmer’s Market again this season, she plans to be back with more produce and cut flowers. (And read her story about some exciting new additions to this year’s market further down the page). Through her organization Northern Roots, Lone has developed and carried out educational programs about growing food for several schools and institutions in Yellowknife and in communities throughout the NWT. In 2013 Lone furthered her knowledge of farming in the North by attending and presenting at conferences in Greenland and Alaska, bringing back knowledge from similar climatic regions and applying it here in Yellowknife.

Lone has plans to expand her growing space and be even more active in educating people about how to grow their own food. Dave has been active with the Yellowknife Community Garden Collective for over six years, including a recent stint as chair. On top of his volunteer contribution to the Collective, Dave keeps busy as zone commander for the Yellowknife chapter of the Civil Air Search and Rescue Association (CASARA), and as an active member of the Yellowknife Scottish Country Dance Club. The Garden Collective has recently expanded to four gardens, with a fifth garden proposed for the Niven Lake area. The program is wildly popular and plots in some gardens are snapped up quickly each year.

Dave will continue to serve on the Board for the Yellowknife Community Garden Collective and hopes to use some of his extra time to tend to his garden this summer. France has had a busy year. In 2013 she completed an ambitious multi-media project titled “The Art of Giving,” (see Dec/Jan EDGE YK, and artofgiving.ca) all while expanding her garden and selling her wares at the weekly Yellowknife Farmer’s Market. Over the past few years she has worked hard to expand the garden at her home on Madeline Lake from one which would provide vegetables for her family to a small farm producing enough produce to be a significant presence at the farmer’s market. This season France plans to expand her garden even more and to begin producing and selling cheese.

Favourite local vegetable – “Lettuce, I must have been a rabbit in my former life!”

As the sun’s trajectory widens on the horizon, the melting snow begs to me to store away my winter boots and slip into my springtime footwear. My seeds have arrived, my tools brought out of storage, but I still need to spread compost and install my irrigation system. I am an urban farmer.

I began Food for Thought Produce only last year, catalyzed by the Yellowknife Farmer’s Market. From June to September the market was a great success, with produce, hot meals, jams, breads, pies, crafts, music and fun. Attended on average by 300 citizens every Tuesday evening, it hosted over 70 different vendors and grossed more than $150,000, not to mention the spin-off to the economy.

The energy this project created kept me warm all winter. I have been thinking about how much ability and knowledge lives within the diverse collection of backyard gardeners of YK. The Board of the Yellowknife Commons Co-op (the group that runs the Yellowknife Farmer’s Market) has also been thinking about our collective ability to increase the quantity, diversity and quality of produce at this year’s market.

And so, we have planned the following three new initiatives in hopes of getting even more local produce into the mouths of our community. If you’re interested in volunteering or getting involved, please email:yellowknifecommonscoop@gmail.com or follow our facebook page ‘Yellowknife Farmer’s Market.’

Plant a row – grow a market

With such a strong history of gardening in Yellowknife it wasn’t uncommon at last year’s market to be told about ‘all of the extra lettuce’ So-and-So had grown. As such, we are inviting gardeners to donate their extra produce to the market. Just bring it to the ‘backyard gardeners’ table on market night, cleaned and ready to be sold. A volunteer will sell the produce at market value with the proceeds going to The Yellowknife Farmer’s Market. Any remaining produce at the end of the night will be donated to a local charity.

Access to land can be a limiting factor for those who want to grow food in our community. So we are creating a system to help growers partner with available land. If you have land, or an empty greenhouse to offer, or are an inspired grower please get in touch with us by email or facebook.

In 2013, we had a few budding farmers that would arrive every few weeks with some lettuce, herbs, a bunch or carrots, and a head or two of broccoli. They worked long and hard to produce, harvest and sell these goods. However, growing such small quantities of food does not make for a viable business. But it could. And so we are adopting new rules to best support these growers. If you find yourself in this category, please contact us so that we can create a lasting partnership. 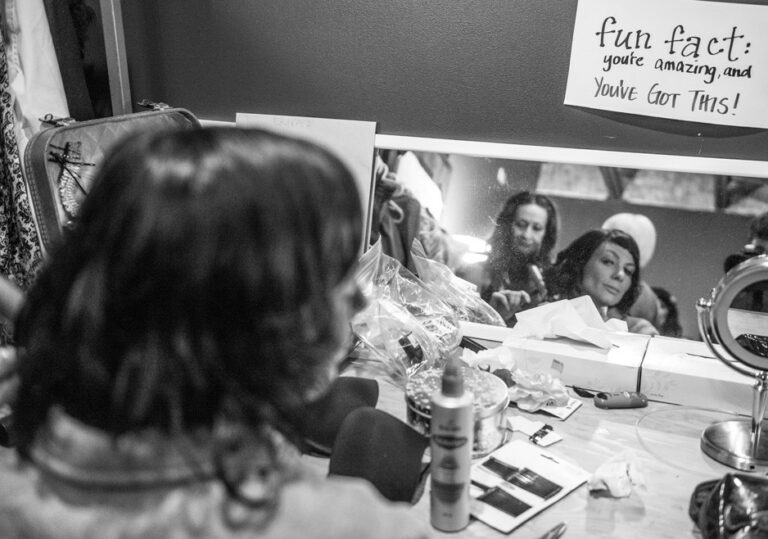 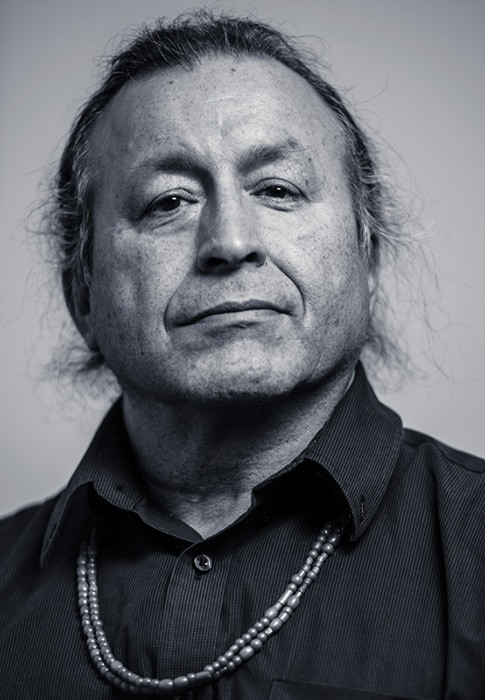 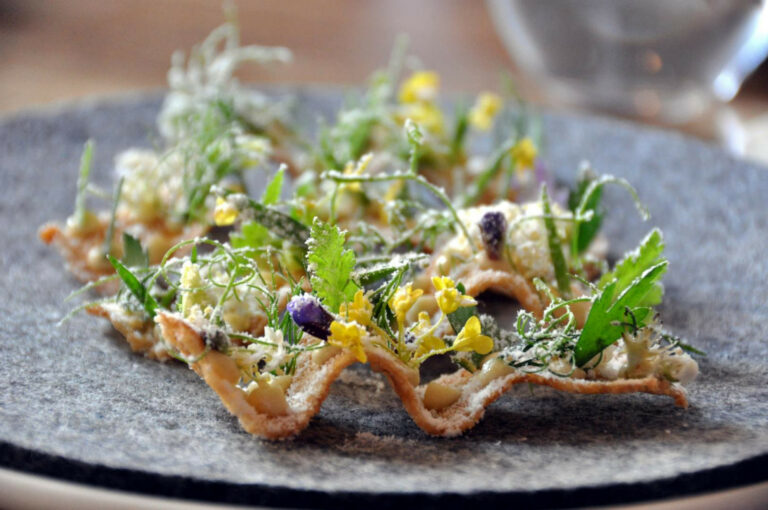