Best watch out for Brian and Chief, bear

The camp counsellors called me White Woman. It was short for Goddamn Useless White Woman, Jeeze!… but I’m sure it was meant kindly.

It was 1976. I was 21, and I was director of Camp Antler, a summer youth camp that took place each year on the Cameron River. Our campers came from Fort Providence, Fort Simpson, Fort Rae, and Yellowknife (as us English-only speakers called these places back then). All of the campers were more bush-wise than me. Two of the counsellors were named Brian. The first one, a wiry and intrepid trapper of muskrats, was known as White Moccasin to the locals. The other Brian was a big Dene kid – over six feet tall – from Pine Point, who we called Chief. He had a kind heart. He once stayed up past 10 at night making fudge for a homesick group of 11-year-old girls. Most 17-year-old boys of my experience wouldn’t do that. Another counsellor was Rachel, from Dettah. Younger than the others, culturally savvy and smart, Rachel had beautiful long black hair she braided neatly behind her head, and a calm way about her that I admired very much. We had the sense that any problem we encountered, Rachel would know what to do.

The camp was built at the edge of the Cameron River, which was all smooth rocks and rushing water. A little way downriver the rocks formed an s-shaped chute. If you put on a life jacket and waded waist-deep to the top of the run, yelled, “Let ‘er rip!” and jumped, the water would whoosh you on a wild, twisting ride and spit you out in the middle of the river. Then you dog-paddled for shore. But I was handicapped by virtue of being so near-sighted that I became disoriented. My counsellors would jump up and down and yell “Swim, White Woman!” and Chief jumped in to save me a couple of times, but then he got disgusted and wouldn’t let me wade out any more.

The official camp weapon was a 30-06 rifle that between camps, when the children were safely out of range, my counsellors made me fire at the opposite bank. I think I missed. “You have to know how to do it,” they told me. Chief and Brian pressed the rifle butt firmly into my shoulder, I fired and the kick of it knocked me flying.

“Why do we need a rifle, anyway?” I complained, picking myself off the ground.

“Watch where you point that, White Woman,” Brian yelled.

“Useless,” Chief commented sadly, shaking his head. He said the same about my wood-chopping, my navigation skills and my fire-starting.

Then I came down with bronchitis, so I was bed-ridden and not present when officials from Fish and Wildlife dropped by to consult about the bear we’d seen signs of in our vicinity.

“You’ll have to shoot it,” the Fish and Wildlife officer told the counsellors. “Can you take care of it yourselves?”

Then the officers left. They left, and that was over 40 years ago, and I’m still mad at them.

“What?” I yelled, as I learned of the plan. “You’ve never shot a bear. And you’re seventeen!”  Brian, Chief and Rachel had gathered around my bed.

“Better than you,” Chief added.

I groaned and collapsed back on my pillow.

“And the box of ammunition,” Chief added.

“Brian and Chief will sit up for the bear,” Rachel told me. “I’m going to bed, and you should get some rest too.”

I struggled into my clothes and ran down the hill in the pitch dark screaming, “Don’t shoot!  It’s White Woman.”

At midnight I heard 17 shots and then silence. One shot for each of the years of my counsellors’ lives. They’d missed, or the bear was wounded, or Brian and Chief were dead. I struggled into my clothes and ran down the hill in the pitch dark screaming, “Don’t shoot!  It’s White Woman.” When I got to the river I found a dead black bear in front of the cook-shack and Brian and Chief collapsed into each other.

“He charged us and I kept firing,” Brian said. “The trees are full of lead… ”

It took us three hours to skin that bear. Rachel organized the whole operation, from sharpening the knives to the cutting and scraping. We slit the belly, then cut off the paws.  “Don’t nick the skin,” she cautioned us. “Summer bear,” she added, wrinkling her nose.  “The fur’s no good. And it’s not very big.” She kicked it with her foot.

The boys were lucky to have killed the bear with the ammunition they had. There were only two shells left in the whole camp:  two rounds left in the chamber,  two bullets between us and disaster.

Finally done skinning in the wee hours of the morning when it was still dark, we all went to bed. Hardly had I crawled into my bunk, when I heard two shots. Oh God! The last of our ammunition! A wounded bear, mauled counsellors – horrible pictures careened through my head. I struggled back into my clothes, and for the second time I ran screaming down the hill.

“Are you alright?” I yelled.

Brian and Chief had turned the corner of the cook-shack and walked straight into a second bear. They killed it with two shots.

The boys looked exhausted and shocky, but the bear, lying in a heap of black fur at their feet, was definitely dead.

Nobody was prepared for Rachel’s reaction. She came storming out of her cabin with her long beautiful hair streaming behind her, so spitting mad she forgot some of her English.  “No more bear!” she yelled. She grabbed the rifle, pulled it apart with a swift move and handed both pieces to me. “You hide,” she commanded. “Don’t let them have it.” She turned to the boys. “You shoot, I have to skin.”

The sun was up before we finished skinning the second bear. When the sleepy children tumbled out of their warm bunks, the counsellors were tired and nearly comatose. We made it through the day, then slept the sleep of the righteous the next night. Brian and Chief nailed the skins to the cook-shack wall. There were no more bears. 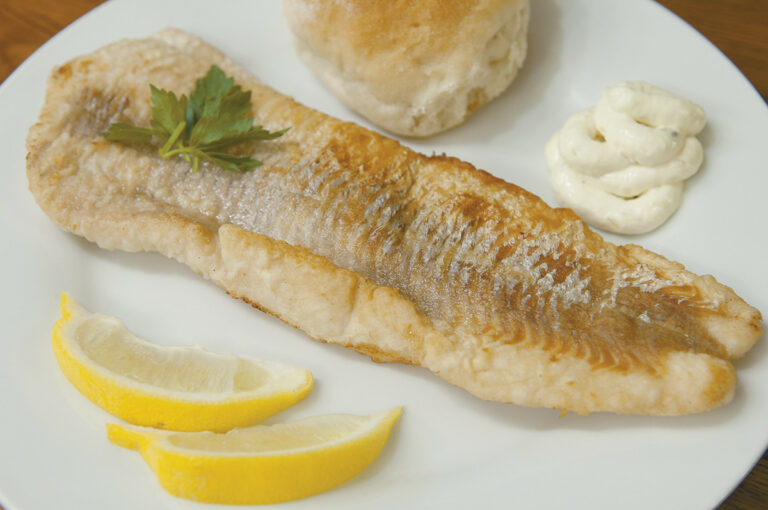