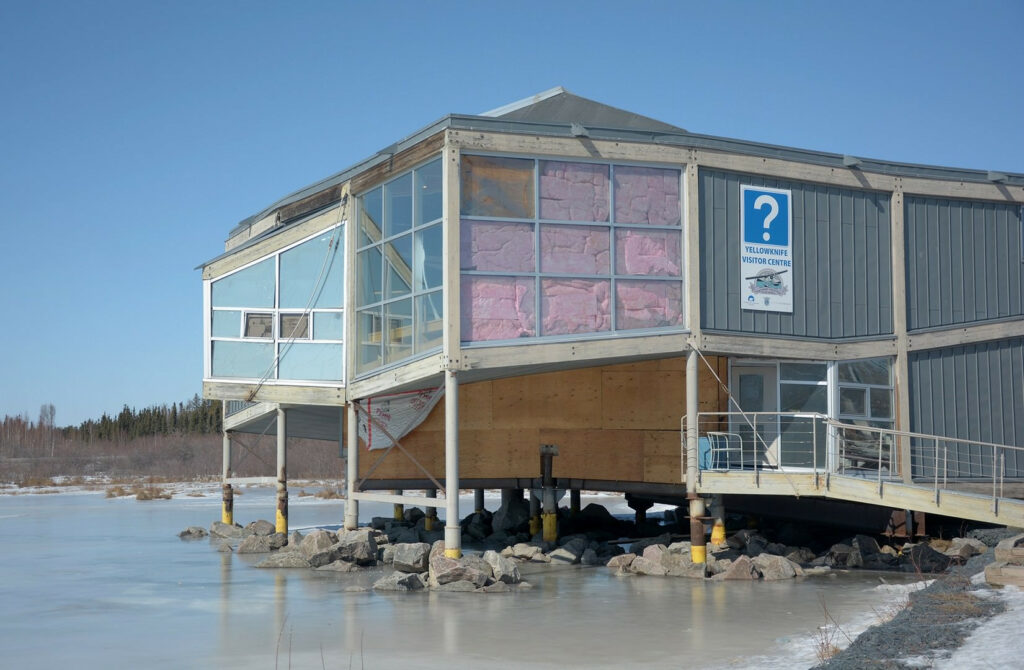 Welcome to Yellowknife: cracked windows and snow coming through the roof

Severe frost heaving beneath the Northern Frontiers Visitors Centre has led to the temporary closure of the exhibit section of the building. The rest of the centre is still open, but the part of the structure which sits on pilings above the marsh adjacent to Frame Lake has been closed for safety purposes.

There’s no danger of the building collapsing, says the centre’s executive director Tracy Therrien. But several windows along the back of the building have cracked and “there’s some rather severe slanting in the floor that could be a tripping hazard,” says Therrien. The shifting is so bad, she adds, snow was coming through the roof several days ago during the mini-blizzard.

The shifting is caused by pilings being driven horizontally upwards by changing ground conditions underneath the marsh. It’s an ongoing issue the centre has had to deal with for years. Although Therrien admits the recent shifting is particularly bad—“probably the worst I’ve seen in my five year tenure”—and things may be reaching a breaking point where investing in a new building will become a viable option.

A recent study of the building by GNWT engineers found at least six major problems with the building, says Therrien. But by far the largest issue remains the pilings and how securely they’re fastened into the ground: “Were they bedrocked properly? That’s million dollar question. No one knows for sure.”

The pilings were last stabilized in 2014. According to an NNSL report from last year, this was “part of a two-year funding program, which included $200,000 from the Canadian Northern Economic Development Agency (CanNor), $150,000 from the GNWT Department of Industry Tourism and Investment, and $67,000 from Environment and Natural Resources.”

Therrien expects the pilings will have to be leveled again over the coming months if the centre is going to be fully functional by the summer season. Though this isn’t a permanent solution.

Right now the biggest question is whether to absorb the cost of ongoing incremental repairs, try a major fix like infilling that section of the marsh, or building a new centre entirely. Each response poses its own set of problems, not least because of the centre’s limited funds. The organization does receive money from the GNWT and the City, but it’s a separate not-for-profit and money can be tight. Again according to NNSL (from 2015), the centre’s operating expenses are around $1 million with the Department of Industry, Tourism and Investment covering “$161,000 of that sum as part of an annual fund to cover the centre’s operational costs,” and the City providing “$83,388 as part of the first installment of a three-year contribution agreement this summer, which is to increase by four percent every year.”

If a major repair or new build is the route forward, Therrien says she may look once again towards federal funding, likely through CanNor.

One option which has been bandied about, although not suggested by Therrien herself, would be to move the visitors centre downtown, perhaps even into the empty City-owned 50/50 lot. The idea of having a centrally located tourism information centre was proposed earlier this week as part of a Yellowknife destination marketing strategy. And having some high-traffic structure on the empty lot would likely serve revitalization purposes. Any such decision is a long way down the road. But one thing is for sure, with building repairs and disruptions to services becoming an annual event, the centre is going to need to come up with some creative ways out of their swampy, heaving predicament. 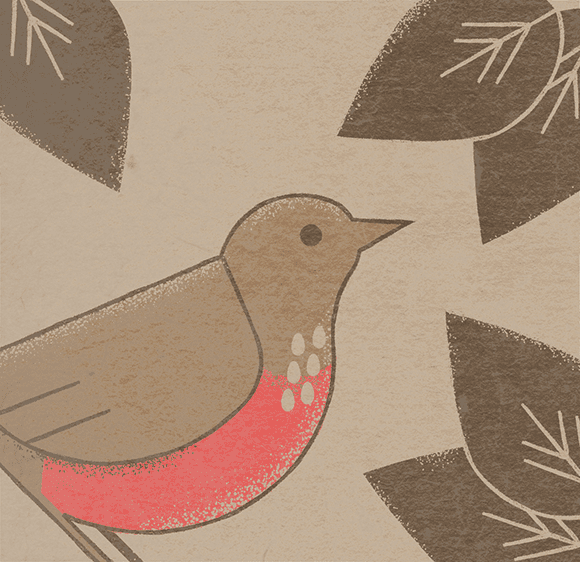 A Life In Pieces