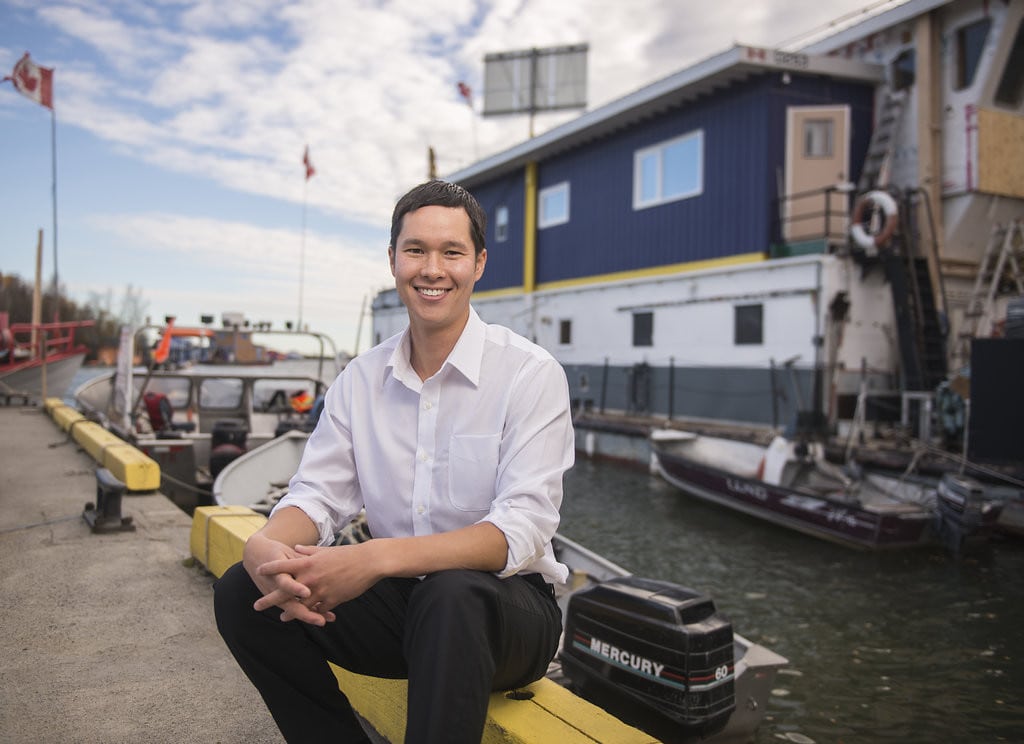 The climate is changing faster than our efforts to address it. You can walk along roads and buildings and see them buckling as the permafrost melts. You can visit communities on the coast and see them literally falling into the sea. You can boat on the drought-ridden lakes and inhale smoke from the awful spectacle of record-breaking forest fires. These changes are crippling our ability to balance our territorial budget, and condemning our children to a planet that is beyond their capacity to repair.

I believe we need a new approach to climate change and a new energy policy. The NWT has not only failed to contribute by setting ambitious targets for greenhouse gas emissions, we’ve also failed to invest in a green economy. As someone who has worked for 3 years in the territorial government developing energy policy, empowering our renewable energy production is very important to me. I’ve been involved in a number of renewable energy initiatives and believe I’ve developed a good understanding of what’s working in the NWT and what isn’t.

One of the problems is that we’ve done a lot of planning, but very little doing. Here is a list of territorial energy planning initiatives over the last 5 years:

Let’s look back at the last 5 years and consider our performance. After all, rising fuel costs and a changing climate mean there’s been an urgency to reduce our diesel dependence. In my opinion, we’ve had small victories, but our exhaustive efforts to strategize and plan have largely failed. We lag far behind our NWT Solar Strategy targets. We know about the multi-million dollar diesel-bailouts over the last two years because of poor hydro performance, totalling $59 million with no return on investment, despite spending $37.4 million to upgrade the Bluefish hydro dam 2 years ago. We know that in 2014, residential power rates hit 58 cents per kilowatt-hour in some communities. And even where they didn’t, rates remained high relative to other areas in Canada.

If elected as MLA in the 18th Assembly, I will fight for less planning and more doing. I’ll stand up for a refocused territorial effort to aggressively invest in renewable energy generation by working with communities and local clean energy companies to:

• Get moving on our current targets and install solar systems with the capability to supply up to 20 percent of the average electricity load in all NWT diesel generated communities.

• Move forward immediately with proven technology uniquely suited to the different needs of communities across the NWT, including solar-diesel-hybrid, biomass combined heat and power, and wind energy.

• Manufacture our own sustainable source of ready-to-burn biomass wood chips by employing Northerners to harvest some of the 3.5 million hectares of burned and dry boreal forest.

• Empower northern homeowners to lower their home heating bills with low-interest financing for renovations and retrofits.

Now is the time for the territorial government to seriously invest in a clean energy economy. We are rapidly approaching the point where renewables are a realistic alternative to fossil fuels, especially in smaller communities with modest power demand. The potential of a diesel-free power supply within a couple of decades is real. While we’ve missed an opportunity to be proactive, an aggressive program of renewable energy generation will create local jobs and dovetail with widespread public concerns about the high cost of utility bills.