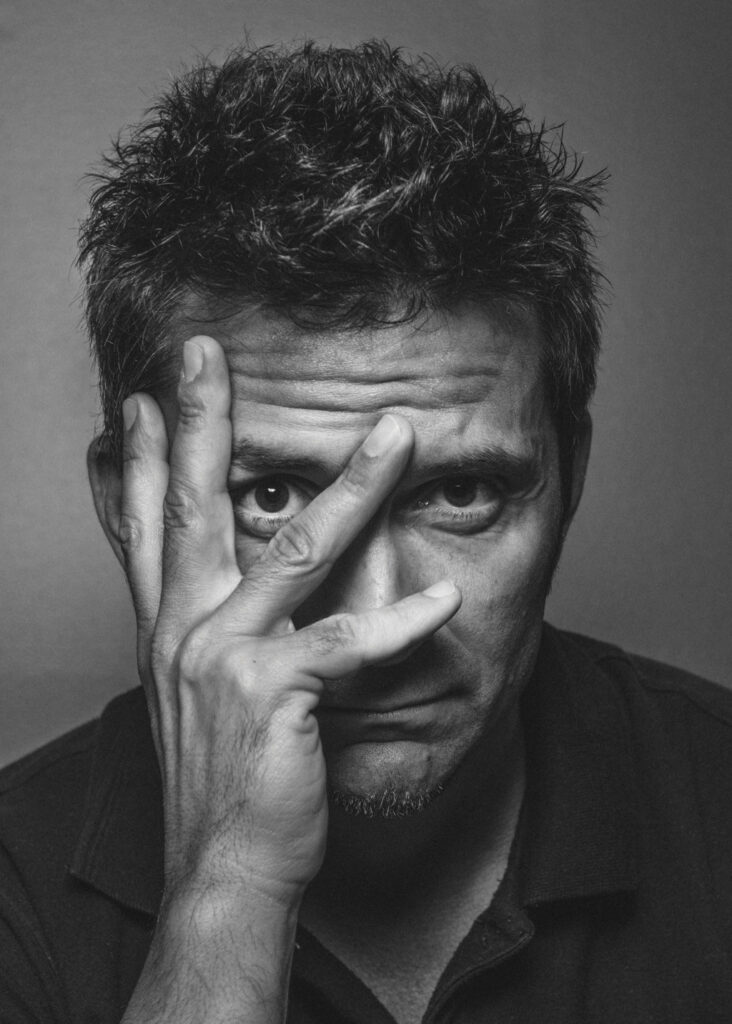 Mr. Peters, or Landon Peters, is the Saskatoon-born drama teacher at Sir John Franklin High School—and he’s got a reputation. Students know not to mess with him: no swearing, no mumbling and absolutely no tardiness.Yet, it is often the case where the students coming out of the drama program are the most courteous, hardworking, responsible and fulfilled with their high school experience.

And to top it off, he is highly respected by those same students. He earned a dramatic arts degree in L.A. and has TV acting credits (my personal favourite being his role in the 2004 movie I Downloaded A Ghost), studied art at Emily Carr and shows his impressionist paintings around town. But he’s still best known in student circles for producing musicals like “Saturday Night Fever,” “Grease,” “West Side Story” and plenty more. Along the way he discovered the secret to whipping us back-talking hooligans into shape, which he shares here with magazine.

So, what holds the dearer place in your heart: theatre or visual art? Why?

LP: Probably theatre. I think that when you’re creating, it’s more alive. You’re working with a cast, your tech, your crew. With painting, the process is just strictly left to the individual, aside from influences. With theatre, the kids are bringing their own thing and your design guys bring in their ideas, and, of course, you know how you want things to go too. It takes a team for a drama production, whereas with your artwork it’s really yourself, so it’s much more gratifying.

KW: I remember you were a little strict on me back in the days — for the better, of course. Why is it that you’re tougher on kids than most teachers?

LP: Because my role models, the teachers that got the most out of me, expected more out of me. I don’t think I ever learned teaching from any teacher’s college or university, you learn teaching through the people you admire as teachers or coaches. I liked a coach that expected more from me…who would tell me, “You’re not doing this right,” or, “You’re being a baby, so suck it up and figure it out.” You don’t always want to hear that, but you respond to people who expect more. I could tell you my favourite teachers in high school were always the ones who the kids generally didn’t like because they expected more out of you. KW: What changes have you seen in the kids who have gone through the drama program?

LP: For a lot of kids, they come out of their shell. For some, they lose their attitudes. They learn how to become more team oriented. I think that they start focusing on how they could help the= group as opposed to how they could help themselves. I can think of a big handful of kids that fit into all of these.

LP: (Laughs) Okay. Probably the personal relationships you build, students who come back to you later who understand why you did what you did, parents that understand why you do what you do, why you’re tough with their kid. Then of course there’s all those external rewards where you have the production, people say they love the show, and you’re proud of something because the kids accomplished it and they did it well.

And it’s fun. Getting on kids’ cases, that’s not fun, but it’s part of what I have to do. But after a good rehearsal, how much fun is that? When everybody’s laughing and everyone walks away and they go, “Yeah. That was awesome.”

The biggest challenge would be getting kids to buy into your program. Also, when kids that want to do drama but can’t get it into their schedule because of the other classes. We’ve run into that dilemma a lot — that’s our struggle right now.

KW: How do you think the community and the school would be affected should the drama program come to an end?

LP: We don’t really have budget here. I’ve been running this program where the revenue at the door is what keeps the program going so the only time we’re ever going to run into dire straits is if people in the community quit supporting us or quit coming to our shows. As long as you run a strong program then hopefully kids will buy into it, and hopefully the community does.

Because we have NACC in the building, there are so many opportunities for the kids to get= involved where they couldn’t in the south. It’s a matter of whether or not they choose to get involved. As long as kids are interested in doing theatre, we’re going to be okay.

“Buffalo 2,” 48” X 60” oil on canvas. To view more of Landon Peter’s artwork, visit his website: landonpetersart.com or on Facebook. 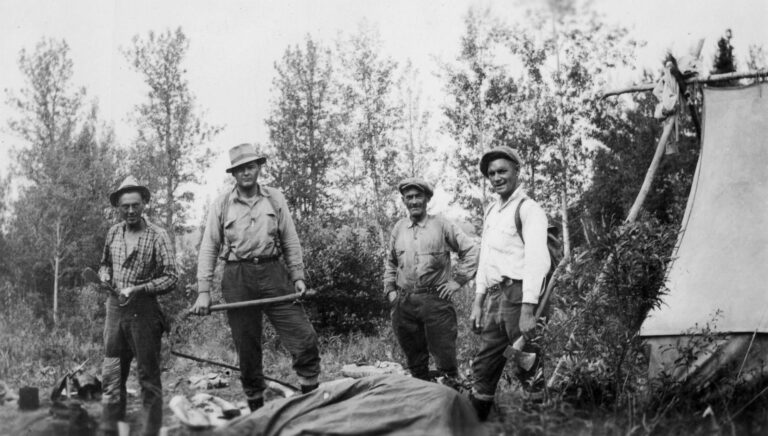 YK History: The Rock Hounds of ’35