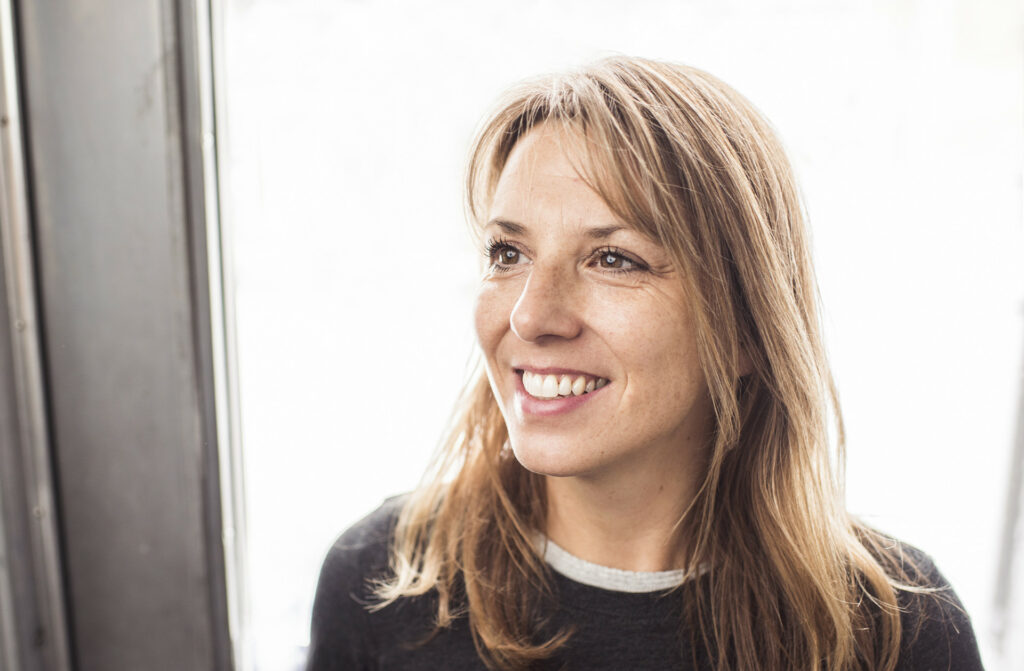 During Nicole Spencer’s tenure as president of the NWT SPCA, the organization has built its first shelter after raising a million dollars for its construction, and greatly expanded its adoption program, taking unwanted animals from NWT communities and finding homes for them here in Yellowknife and down south.

Growing up in Mount Pearl, N.L., Spencer’s love of animals started young. Her family home was full of strays rescued by her brothers and her, including Boots, a black and white kitten she saved from two boys who were pelting with it stones when she was only six years old.

“I was the type of kid who, if my best friend caught a spider and picked its legs off, I would bury it and have a ceremony,” she tells EDGEYK.com.

Spencer got degrees in biology and geography, and a masters in fisheries management at Memorial University. After her B.Sc., she spent six months living in Romania researching wolves and bears. There, she broke one of her ribs when a wolf she was taking for a walk broke into a run and pulled her off her feet.

In 2007, she quit her job with the Department of Fisheries and Oceans in St. John’s and moved back in with her parents to care for her ailing father. After his death in early 2008, exhausted by an emotionally tumultuous year as caretaker, she decided to move to Yellowknife with her beagle-shepherd-cross, Blue.

“I was coming up here, really with nowhere to live and nowhere to work, but it was one of those life-changing moments. I thought, okay, let’s give it a whirl and see what happens.”

Within six months, she was working at the Mackenzie Valley Land and Water Board and sitting on the board of directors for the NWT SPCA. A year later, she was the organization’s president.

Spencer has since spent countless hours working to improve the lives of animals in the North. For two years, when the SPCA was trying to secure funding for their shelter, she would often come home from a full day of work and then spend another six hours calling people, answering emails or walking strays.

It’s exhausting, and she’s thought about quitting several times. But her passion for animals keeps her going. She says: “We need to make a difference, we need to save as many animals as possible. It’s to better the lives of the animals in the North.” I remember being very worried about my dog on the plane, but really relieved when I landed. My friend Jennifer and her husband took us in with open arms and made us feel at home. It was the end of April and there was still a tiny bit of snow on the ground. I remember the sunshine and the feeling of a new beginning. I felt comfortable here. Blue loved it. We did a lot of exploring that summer. I didn’t have a car so I bought a secondhand bike, and biked to work and walked everywhere.

From a dog owner and nature lover’s perspective, this is God’s country. I like that it’s a little city or little town plopped in the middle of the wilderness, that you can see foxes or wolves and every spring, maybe a bear. I like that it’s a close-knit community. It seems like everybody knows your name, like an episode of . I also like that there’s so many people from around the world here. It’s like a mini-United Nations here, and everyone is okay with that.

Better restaurants, or more selection of good restaurants. When I go away, eating at restaurants is the first thing I do. It’s not that there aren’t good restaurants here, but they’re limited, as everybody knows. I like seafood – coming from the East Coast, salt water is in my blood – but I do like different kinds of foods and really healthy foods. So I would like a couple of great restaurants that serve fish-based and veggie-based food.

What do you do to survive the winters?

I spend most of my time SPCA-ing. When I’m not working, I’m doing things for the SPCA, whether it’s helping with events or transferring dogs. In the last three years I’ve gone south – I just got back from Hawaii for two weeks – so that gets me through the winter. I have to start doing more, though. As I got more involved and the shelter took over my life, I stopped doing things I like to do, so it’s been two years since I snowshoe’d. Now that we’ve established a workforce at the shelter, I need to step back and start living a little bit more for myself.

What do you do on the longest day of the summer?

That day is always with NWT Riders. We team up with them and they have their bike and car show. They do the registration and any money they raise – it’s usually around $2,200 – comes to us. Last year it was in the parking lot of the Ruth Inch Pool, and the year before at the Co-Op. There had to be 50 machines, so you had some sweet-looking bikes and cars. It’s loud and everybody’s talking and they all got their chaps on. We always bring a couple dogs.

What is the biggest misconception people outside of Yellowknife have about it?

I think it’s typical of anywhere in the NWT or the North; they think that it’s more rustic than it is. Not colder, because it’s cold! But they think I’m at the North Pole. They think I’m in a much smaller, behind-the-times, 50-years-ago kind of town. But it’s as modern as you can get up here. But at the same time it’s more relaxed; it’s a little city that’s not a city.

Are you a YK lifer?

I don’t know. I have no plans of moving, and honestly I do love it here. I can see, down the road, spending a part of the year elsewhere, maybe in Newfoundland. There’s nowhere else I’d like to be. But I think it is important, as Yellowknifers or Northerners, to get out – I think everyone needs to get out once in a while, even if it’s just on vacation. I learned that after a couple years being here and not going anywhere. It makes you appreciate Yellowknife, and for me, because I do work so hard, it’s important for me to get out and not do anything, then come back and start up again.

On February 7, 2015, the NWT SPCA is hosting their third annual Diamond Desert Gala: “Infinite Hope – A Gatsby Affair” at the Explorer Hotel.