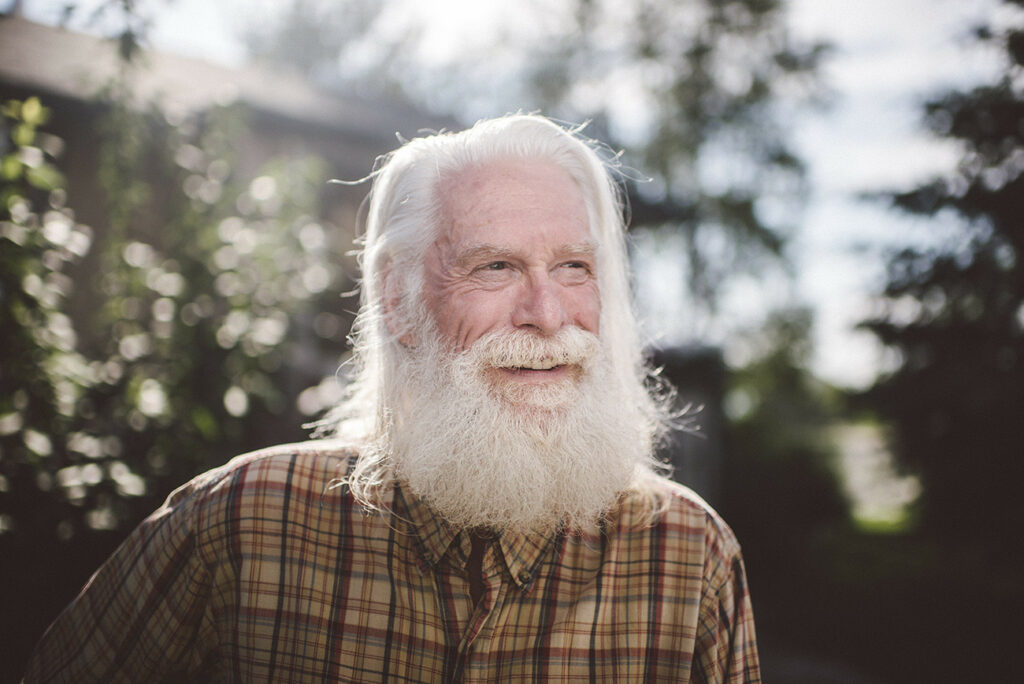 “It was really a terrible time,” says former Yellowknife mayor Dave Lovell. We’re sitting in the kitchen of the 1947 house he grew up in and now owns, across the street from City Hall. “I’d go to bed and as soon as it got dark, the sirens would start and the fighting would start. I’d get dressed, I’d walk across the street to City Hall where the emergency room was manned 24/7. I’d just sit in there and listen to it, and think, is this my town?”

It was the summer of 1992, and the labour unrest at Giant Mine that culminated in the bombing was reaching fever pitch. Lovell was a city councillor at the time and in charge of public safety. This meant manning the emergency room, overseeing the City’s response to the strike and keeping council in the loop as events spun out of control. It also meant his house was picketed on a regular basis.

“It was horrible, it was the worst thing I’ve done in my life…At that time, you were either with someone or against them, but as a city alderman I was neutral. Still there are people I grew up with who would not speak to me for 20 years.”

The events of 1992 shook Lovell to the core, but didn’t steer him away from politics. In 1994 he was elected mayor and served in that position until 2000. Those were tough years for Yellowknife, he says. With the gold mines shutting down and mass layoffs at the GNWT, unemployment was through the roof and the housing market had crashed. For two terms, Lovell tried to navigate the civic turmoil, but grew less and less popular over the years.

“Everyone knew me, my picture was in the newspaper every month. It was the worst picture in the world, I looked like Forrest Gump. In fact that was my nickname. In the end that’s what finally beat me, when people started to laugh at me. As long as there was some respect or some fear, they couldn’t touch me. When people eventually saw the errors of my ways and kicked me out, that was quite alright. I was quite relieved.”

It wasn’t the most successful mayoralty, Lovell admits. But then he was always more of an administrator than a politician, he says. And perhaps people wanted something more populist at the time. Still it was a chance to serve the community he’d grown up in since age seven and loves deeply.

Lovell is now 66 and retired, though he still works four days a week volunteering with Food Rescue. Over his decades in Yellowknife, he’s seen it change from a town of 3000, with only 300 women – “It was a bit like having 300 mothers, any woman that told you to do something, you knew who they were, you’d do it, because if you didn’t they’d tell your parents” – into a full-blown City. He worked as a prospector, a manager for the GNWT and a tax auditor. Alongside this has been his constant involvement in public life: first sitting on various City-run committees, then chairing these committees, all the way to becoming mayor.

“You see, whenever I’ve done something I’ve wound up on top,” he says jovially, if not modestly.

We moved into the house next door and I remember sitting in that living room and seeing ravens for the first time. I thought they were called Raymonds. September the 18th, that’s always been a critical day. That was the day we came to Yellowknife, and that was the day of the murders at Giant.

It was a great place to grow up as a kid, because 30 kids was your grade, boys and girls, and that was it. In this area there’s no houses now, but when I was a kid there were 35 or 40 houses here, just this side of Franklin. There wasn’t much traffic those days, so there was a road hockey game that would start at 4:00 every day by the arena throughout the winter.

With kids a year younger or a year older, at any time there may be 50 boys my age in Yellowknife. But you know, by the time I was in my early 20s, four of those guys had been killed in plane crashes and another two or three in industrial accidents. I think down south you die in car crashes, up here you died in plane crashes, industrial accidents or drowned. But it was after the war, so it was a bit of a different attitude. It wasn’t as traumatic, life wasn’t as traumatic, people expected to be killed.

I like this town: good place to be a kid, good place to be a young man, good place to have your middle years and by golly it’s the best place in the world to be superannuated. I don’t need it yet – if possible I plan to die in this house – but I’ll be able to hire a nanny to look after me, and all of that. The support, the medical care we get here is beyond compare: you got the Avens Centre and good Seniors organizations. I don’t really think of myself as a senior – but you do have so much social security here. It’s great. But if I had to say, the best thing about Yellowknife is the people. You walk up the street, look them in the eye, you’re happy to see them, they’re happy to see you, and they leave you alone. I just love this town, the longer I live here the better I like it.

One thing that’s really bothered me, not with the City but with the territorial government, is the lack of administrative firmness, and I’m thinking of the squatter policies and all the rest. They are just letting things slide, and it’s not right. It’s not fair to a lot of people the way they’re governing. It’s probably consensus government, they’re no decision makers really.

When I first retired I spent two or three years working on the house because it had really fallen apart. There’s a camp dad left me, out by Banting Lake, and it hasn’t been maintained for 10 years. So I’ve been going out for five-, six-, eight-day stretches – going out, staying there and working. I think it will take me one more year then it will be up to scratch. I haven’t really had time, but I think at the end of this summer I’ll start puttering a bit at the cabin.

I really like Januaries; I hibernate, I read, I watch movies I wanted to see. In the winter I move downstairs, because I heat with wood and I sleep next to the wood stove. I come up to cook and that’s about it. I have a really good library downstairs. It was a good research library and it was built up first of all by my parents and then myself, and I was always going to read that when I retired. And now you don’t need it, the encyclopedias, they’re obsolete, it’s all online.

The biggest limitation in Yellowknife is yourself. You got to be reasonable about it, but there’s not too much holding you back. You have people who move up from the south, they make their deal, they get a job, they work their way up in the job, then they transfer back to the job they always wanted back down south, and they’ve cut 20 years out of their career because they moved up here. What a stepping stone place! You don’t have to stay here – I have and I like it. But even if you’re up here doing whatever for a bit it’s worth it. I had a partner I used to prospect with. He had a brother who became a lawyer and came up here to article, then he went to Lac la Ronge as a crown prosecutor, and then he moved down to Saskatoon to the job he really wanted. What he was saying: the guys that he went through university with for his law degree, they’re driving cabs in Saskatoon. He came here and he went up. And that’s what Yellowknife does.

Yup, I plan to die here. I got no reason to leave. When I decided to stay here it was a conscious decision in my 30s. And at that time, most of the kids here thought you were a failure if you stayed here, because you know the world was down south, not up here. But you know, I think Yellowknife is one of the best-kept secrets in Canada. I’m a lifer, don’t you worry about it. I got it all.