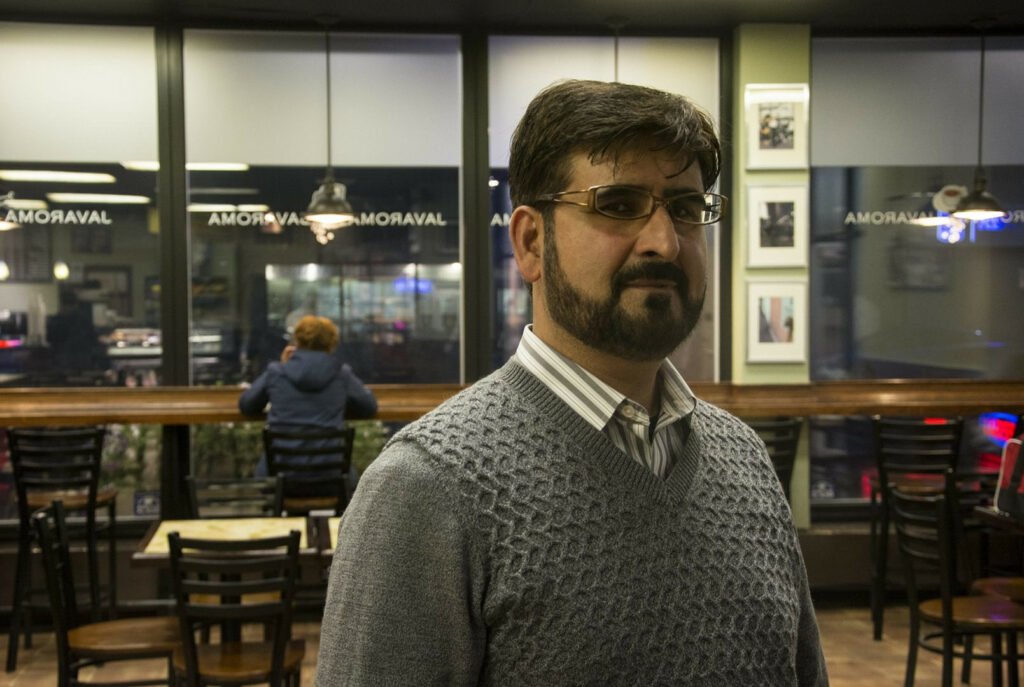 Nazim Awan had been in Canada six days when he picked up a phone book and began making calls. He was living in an Edmonton hotel, eating little more than bread, fruit and condiments.

“I didn’t know where the restaurants were. Even the restaurants I found, I didn’t know what to eat because of religious dietary restrictions,” says Awan, 14 years later, over a cup of green tea matcha in Javaroma. The public servant, active volunteer and leader in Yellowknife’s Islamic community is well known today. But in 2002, it was just him, alone in a hotel room, skimming through the White Pages for Pakistani sounding names.

“I called eight people and left a message: I’m Nazim Awan, and I’m a new immigrant. I just need to talk to you and get some information.

“Out of those eight people, three called back, and one came to the hotel. His name is Nabi Chaudhary.”

The meeting was fortuitous. Chaudhary, like Awan, had studied agricultural economics at the University of Faisalabad. He also knew what it was like to leave everything behind in search of opportunity thousands of kilometres away.

“He took me home, and had traditional food, a number of dishes, more than we usually have, and he said, ‘Eat, because I believe you haven’t eaten this food for the last few days.’ So I really ate whatever I needed.”

With Chaudhary’s help, Awan found somewhere to stay before taking off to Fort McMurray a few weeks later. Although he had a master’s degree and had worked as an economic development officer with the Government of Punjab, Awan spent several months working in a convenience store to pay the bills.

By that time, a university friend had moved to Yellowknife, and Awan was ready to make another jump, even further north.

“I didn’t ask him about going to Yellowknife, I phoned him from Edmonton Airport: ‘I’m coming on this flight.’

“He said: ‘Are you crazy? Yellowknife is really not a good economy, no prospects of an agricultural job.’ And he was right… but I’d made up my mind: I live here.”

From Yellowknife to Norman Wells

Once he was in Yellowknife, Awan’s wife Sarwat and their four children joined him from Awan’s hometown Dhamthal, a village in central Pakistan about 150 kilometres from Islamabad.

“I was working odds jobs. But applying every day to at least five jobs,” says Awan.

“One year and a few months after living in Yellowknife, I got an offer from the Government of the Northwest Territories. It was an entry level job. But I was happy getting into my own field. When I read the job description, it was the same as my old agricultural development officer job, just the title was different.”

“I was very thankful to God I got it. But the job was in Norman Wells, not Yellowknife.”

Awan nearly turned down the job, not wanting to make his young family move again to an even more remote location. But his wife persisted. “Who cares if it’s Norman Wells,” Awan recalls her saying. “When you came to Yellowknife, this was a big decision… You have to choose a direction and pursue it diligently, and when you get an opportunity, benefit from it and don’t hold out for a utopian world. You don’t get those job offers twice.”

The family moved. It proved to be the right decision. Working in small communities across the Sahtu was especially rewarding, and within three years Awan had received two promotions. In many ways the communities were like his hometown — a “small” village of 10,000 people.

His grandfather had been village chieftain and both of his parents were local politicians, so Awan knew the ins and outs of rural politics and development, and was full of creative ideas. In 2007, he led an initiative called Sahtu in Arts, for which his team received a Premier’s Award of Excellence.

Awan and his family moved back to Yellowknife in 2009, and he took a job as an economic development advisor with the federal government, which he still has today. Outside of work, he’s made a mark on the community as a volunteer. Among other things, he’s the union leader for the Professional Institute of Public Service of Canada’s Yellowknife branch, and he’s one of the main forces behind efforts to bring a Syrian refugee family to Yellowknife.

He’s also been president of Yellowknife’s Islamic Centre for the past four years, where he’s worked on community outreach efforts like an annual Ramadan feast that’s open to the public, and a campaign to convince community members to donate the meat from their Eid al-Adha sacrifice to local charities.

“The concept of charity is: charity begins at home,” he says. Over the past two years, the centre has donated to Lynn’s Place and the Yellowknife Food Bank. This year they’re planning to work with the Yellowknives Dene First Nation to distribute food to elders and single parents who could use the help.

Awan’s biggest project is working towards the construction of a new mosque and Islamic centre. The initiative has seen serious setbacks: in 2014, the former Imam and president of the centre was charged with stealing over $120,000 that had been set aside for the construction of the new centre. But since then, the community has managed to raise another $100,000, and Awan says construction could begin as early as next year.

His hope is that the new centre will not only provide a larger space for the Muslim community, but will also act as place where all Yellowknifers can come and learn.

“I want to meet people, know their story and tell my story,” says Awan. “I feel a duty to interact, and have dialogue, and initiate the conversation. And for me, no topic is a bad topic. Anything people have, even stereotypes, I’m always open to talk about that. 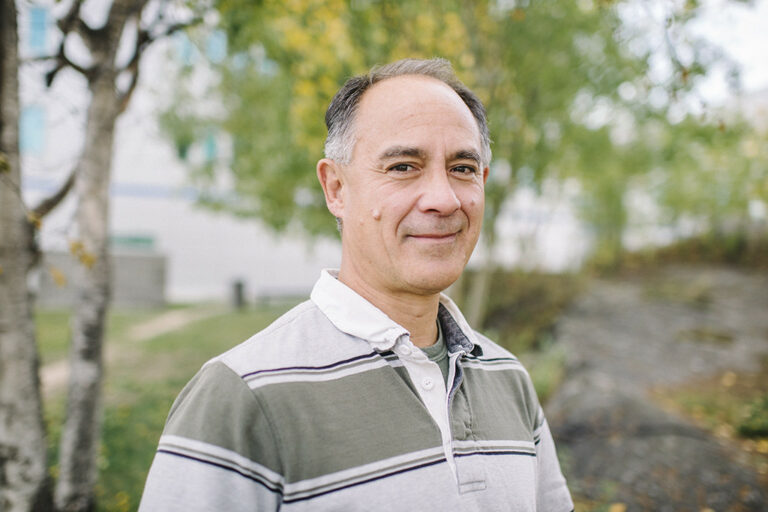 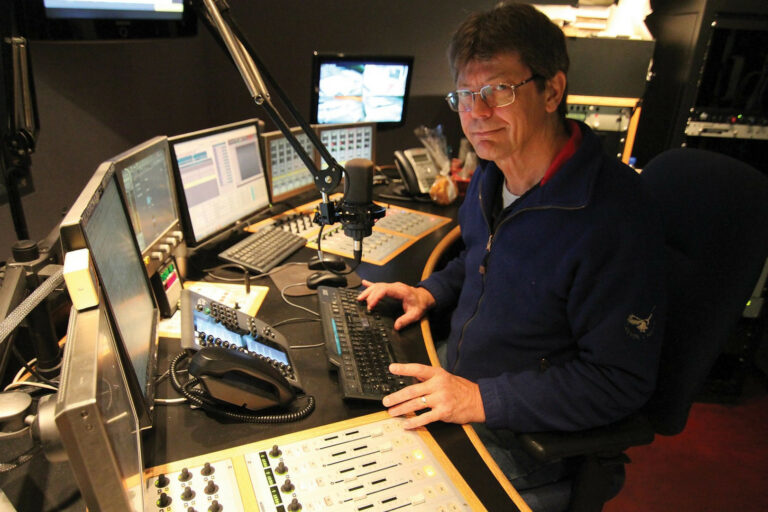 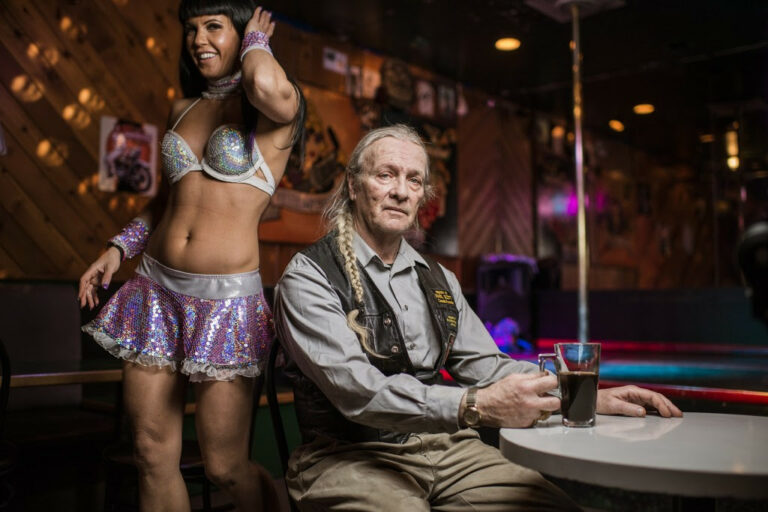 So Long, Cominco: A Legend of the Old Town Passes