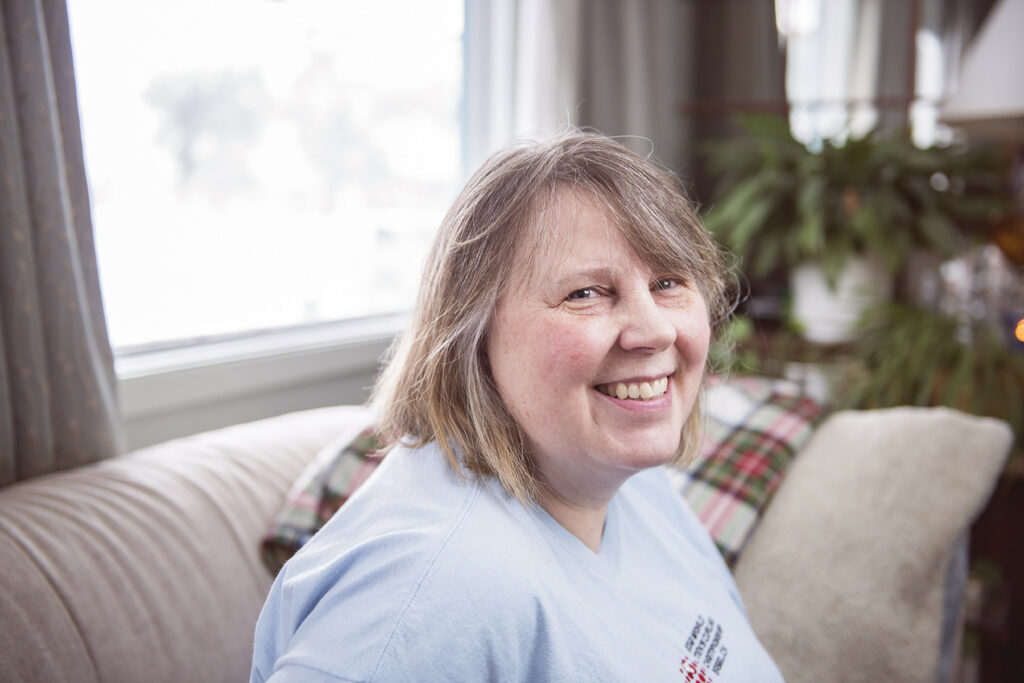 Lesley Muyres lives in a little yellow house on a lane between 50th and 51st streets, just down by the RCMP building. Today her modest family home, built in 1952, sits by itself in the shadow of the Scotia Centre, surrounded by largely empty parking lots.

“I’m like a little oasis in uptown,” she says.

It’s a very different scene from the one she grew up with. Instead of a concrete wasteland, there were dozens of houses; in place of parked cars, hordes of children built snow forts while the two neighbourhood gangs, the Mitsies and the Amigos, played street hockey in the alleys. ‘Home Free Tree,’ once an impressive birch, blew down years ago; it’s now been replaced by a small tree in the divot of a sidewalk across from Lesley’s house.

Lesley – a nurse, curling fanatic and life-long Yellowknifer –  was born in the old Stanton Hospital, right where the RCMP building is today, across the street from her home. The 58-year-old has the easy laugh and upbeat attitude of someone who got their motorcycle license at age 50 just for kicks.

Growing up, she went to Mildred Hall – back when it was a square with a forest growing in the middle – and Sir John Franklin. She left the North for a degree in zoology and wildlife management from the University of Alberta, but couldn’t find a job in that field when she came back to Yellowknife.

“You had to be someone’s girlfriend or know somebody in the right spot,” she says with a laugh. What followed was a diverse career, as a flight attendant flying Dash 7’s across the North, as a banker, a travel agent, a wildlife management consultant, and finally, as an intensive care nurse.

It wasn’t until she was 41 that she decided she wanted to follow that last career, and enrolled in Aurora College as a mature student.

“As best as I can put it all together, I was over at the hospital and it was just the people around me. I think I was on the surgical side, and I thought, ‘I kind of like the way the team’s playing.’ It was kind of as simple as that. I liked the interactions.”

She’s since worked in Stanton’s Intensive Care Unit. Because she’s spent most of her life in the North, she’s uniquely placed to care for some of the territory’s sickest people.

It’s hard work – “Sometimes you get attached to some patients and you cry with the family when they go, or even when you send them home” – but Lesley says she tries to approach it with humour and grace.

“I’m not a very serious person, my philosophy is go to work with a gleeful heart. I usually do. And laugh because it can always get worse. Life sucks, so you got to laugh.”

In the early days, I remember the July 1sts. They used to have outdoor races by the old arena. And inside, I remember, my mom was a member of the Royal Purple, and they had a booth with ice cream in those big five-gallon pails, and there was a lady with chili. And I remember the dog derbies. They would kick that off first in the arena, and they’d have kid’s races – I’d always be racing against Dave Lovell’s sister. Mom and dad were avid sportspeople, fastball, curling, hockey, all that stuff, so we grew up in the arena and the curling rink. I remember going out there, picking the curling rocks off the boards and shoving them down the ice with two hands.

It’s certainly not the shopping, because that’s horrendous and I can’t even say it’s necessarily the people, because so many of my friends have moved on or died. It’s home, that’s my favourite thing, even though it’s changed an awful lot. And I like that you don’t really need to know anybody to get involved in anything here, You just have to show an interest and you’re involved in as much as you want to do.

I’d like to see more retail here. And I’d like to see the downtown revitalized. I mean look at my street; I’m parking lot central. I think it was in the early 80’s. Whatever year the Scotia Centre added 9 stories on, I remember the lawyer coming around to see if we wanted to sell the house because they needed 37 new parking lots. I saw my neighbourhood flattened and turned into parking lots. It’s horrendous that city hall has allowed this to happen. They should have encouraged residential. It’s better now, but I’m still looking at seven parking lots.

Happily! Sure it’s cold and dark, but I have no problem with the winters. I used to curl and play volleyball. I still play volleyball at Range Lake in the Rec League. I still walk the dog. Winters aren’t that bad. I do try to go on a later winter holiday and get at least three weeks away. And I go to the men’s world curling. One year, my mom was in the States, in Duluth, and she said, “The Scots put on such a good party, you got to go.” So 1985 was the first time I went to the world curling and that was in Glasgow, Scotland. This year, the men’s world curling is in Halifax at the end of March and that will be the 27th time I’ve gone to world curling.

How do you spend the longest day of the year?

Invariably at work. I don’t do Pilot’s Monument. I don’t do the golf course, too many bugs out there, I’m not stupid! Sometimes you blink and it’s gone, or sometimes it’s a cloudy day. If you’re at the hospital at work and you’re busy, then you don’t even see the sunrise or sunset. You mark it intellectually, psychologically, but life goes on.

What kind of opportunities are here in Yellowknife that you don’t find elsewhere?

There’s opportunity to participate in the community. There are opportunities to participate in and travel with sports. You don’t have to compete against lots of people – like Kevin Koe coming out of Alberta, he has to play a lot of really good players to be able to come out on top and go some place. We don’t have to work quite so hard, though that doesn’t mean our athletes are that bad. And there’s even opportunities to develop things like your voice by going to the choral society or joining the musicals. I remember the cattle call for My Fair Lady. We did it in junior high, then 20 years after that we did it at NACC.

You want to come shovel snow for me when I’m 80? I hate shoveling snow! Well, it’s hard, I’m single, I’m from here, where do you go? How do you fit in? It’s not that easy. I’ll stay in this house as long as I can manage it. When I can’t live in the house and manage it, obviously I’ll have to move. But what do you move to? Senior housing in this town is awful. There’s not enough. I think me and some friends need to get together and develop some senior’s housing.  So what do you do? I don’t know. Both my parents died here, I got one brother still in the North, two in the south. But this is home. I can always go visit down south, but I always look forward to coming back. 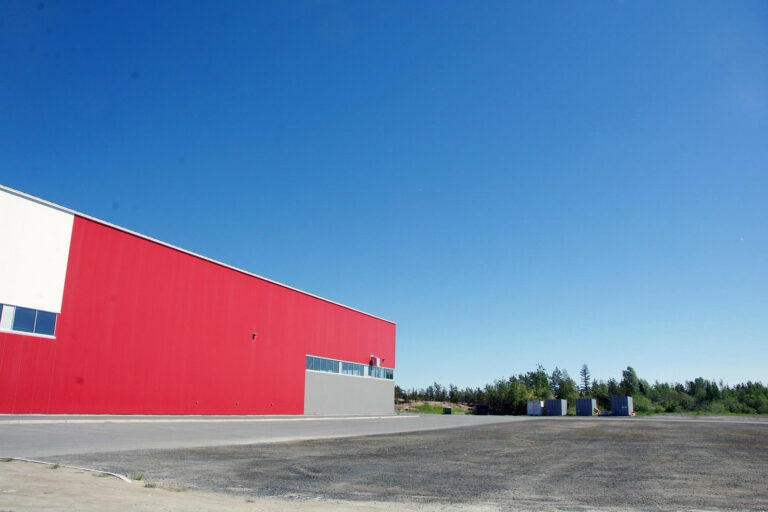