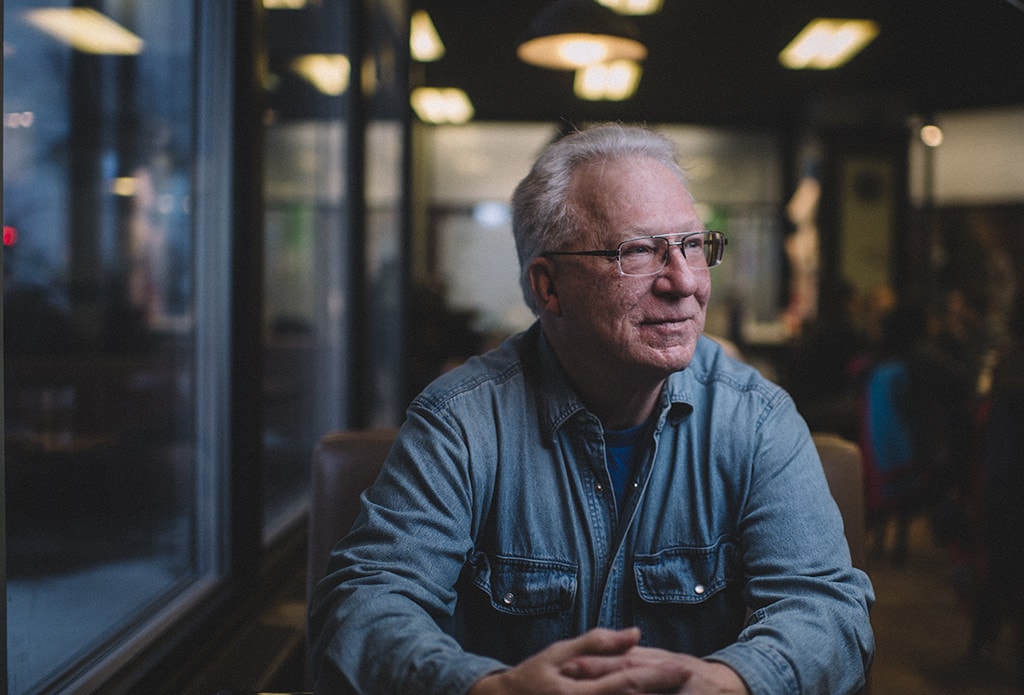 Two days before Marino Casebeer and his then-wife were set to drive up from Calgary to Yellowknife in 1986, their car was totaled in an accident with a drunk driver. They opted to fly.

“We flew up with everything we had in a hockey bag,” Casebeer says. “Back at the time, we didn’t realize there was a zero vacancy rate.”

Before moving up, Casebeer had interviewed for several jobs. Though he wasn’t able to land one, he decided it still made sense to move up to the territory where employment seemed to be abundant.

“Back then, they had the Miner’s Mess. It was a very unique kind of coffee shop at the Yellowknife Inn, where the vacant lot is now. The complex had a bar called the Rec Hall. Between the Rec Hall and the lobby was the Miner’s Mess,” Casebeer explains. “It was a huge restaurant with a cafeteria serving food, but all of the tables were long benches. So you had no choice but to sit with people, which was somewhat intimidating when you first came here.”

Because of the seating arrangements, Casebeer and his wife found themselves surrounded by a group of old-timers who took interest in who they were and what they were doing in Yellowknife.

“Out of those questions, we ended up being introduced to a guy named Ian Henderson,” he says.

“We got a room in his basement, unfurnished for $600 a month, which at the time was pretty steep.”

That got the couple out of their $118-per-night room at the YWCA, and also led to employment – they ended up with three jobs eachin their early days here.

Some of Casebeers’ first jobs included running after-school programs through the YWCA and doing deliveries and shipping and receiving at Golden Harvest Bakery in Kam Lake – a centre, he says, for social gathering. Starting, on some days, at 4 a.m., waves of people from every strata of YK life came through the door, Casebeer says. In those days, politicians didn’t have to knock on doors: they just stopped by the bakery.

“The demographic has changed so much since then,” Casebeer says. He points out a lack of space for community gathering – with a less concentrated downtown and lack of events that involve the whole community, the city has become more compartmentalized.

As well as civic demographics – and the familiarity of every face walking down Franklin Ave. – his career has also changed, many times over.

Casebeers worked as the executive director of the Yellowknife Chamber of Commerce in the mid-2000s and worked as a program coordinator with the Arctic Energy Alliance, after which he continued on various contract projects.

“Even though being at the Chamber of Commerce was maybe a little bit more right wing than my personality is, part of that had to do with the community and membership – membership had fallen and I felt that I could improve that.”

Today, Casebeer works on contract for Statistics Canada, gathering census information and working with the federal government on its plans for the country’s 150th birthday.

He also served a stint as part of the Arctic Air TV crew, with jobs ranging from production assistant to logistics to work as an extra. He remembers shooting much of the third season in Dettah, when filming had to take place in between star Adam Beech’s socializing with community members.

Another assignment he’s stayed faithful to is Folk on the Rocks. In the summer, Casebeer and his youngest daughter – his other three children have moved out of town – spend their spare time from the end of May up until the festival weekend preparing the site. It’s a tradition that started with his middle daughter, Casebeer says.

“My festival job has been managing the main stage for the last few years, so most of my site prep has been for that area,” he says.

Despite great experiences that keep him coming back, Casebeer says there’s one critique he has of the festival that carries through to his main issue with the city.

“My pet peeve with Folk on the Rocks is we’ve removed a lot of trees over the years,” he says, noting erosion around the mainstage as a result. “There used to be trees in the beer garden – my opinion is we could have kept them.”

Across the city, Casebeer says the tendency toward blasting rocks and clearing trees in the name of development is troubling.

“In the early years, development in Yellowknife was with the contours of the land,” he says.

“I was just up at the hospital and hundreds of trees have disappeared there, and we never seem to replace these trees. There’s so much sensitivity and awareness of climate change and trees are a huge part of climate protection.

“It’s not just about the trees, it’s sort of the habit,” he says “And it’s expensive, our demand to make everything level.”

It was like arriving, sort of, on a different planet. The culture shock was the greatest in the sense of even how the airport was at the time: you had to get your own baggage and stuff. The whole experience of arrival was unique, different than about everything relative to any place I’d ever been.

Access to wilderness: the part of it that’s been really well-maintained.

I live out by Rat Lake, so in two minutes I’m on Tin Can Hill, which is sort of like being out in the wilderness.

My youngest daughter, when she was a toddler, had cancer. We were in Edmonton for nine months for treatment and while I’m here, what I refer to as part of my sabbath is spending time out in nature. During some of that time of parental trauma, I remember there was no space in Edmonton to do that. People would point out the river valley and thought it was the same, but even in the most remote part of the river valley you’re still reminded of humanity.

I don’t really have that many least favourites but in a sense, currently of nostalgia, I’m dismayed about our development attitude of blasting rock and leveling everything.

Even though summer is short and intense here, and for many years in any kind of out-of-town travel I didn’t want to trade that, but partly because of family in the last decade I’ve made it a tradition to travel to Alberta right after Folk on the Rocks.

Essentially, it’s Folk on the Rocks and a roadtrip down south.

We used to have a longstanding tradition where, in the summer, we’d spend it canoeing and on back-country picnics and camping. From that footprint it expanded to cross-country skiing and hiking in the winter. We discovered cross-country skiing has similar mobility as canoeing, and it’s a way to explore how various little lakes connect to each other and you can plan summer canoe trips and it would take about the same amount of time, allowing wind and all of that.

What sort of opportunities have you found here that you might not find other places?

The opportunities are greater per capita than they are in other places. With the smallness of the community, there’s more access and opportunity to take part in things you might not otherwise be able to.

Yes. I’ve been here longer now than anywhere else in my life and the benefits here are actually greater, even though there’s a lot of focus on housing and the cost of living for seniors, it’s somewhat balanced out in the sense of, even things like extended health benefits that aren’t as available in other jurisdictions.

My general intent is to live here with my last mortal breath, but the reality of that happening has probably a little to do with that kind of aloneness – with family moving away – more than cost of living or those things. 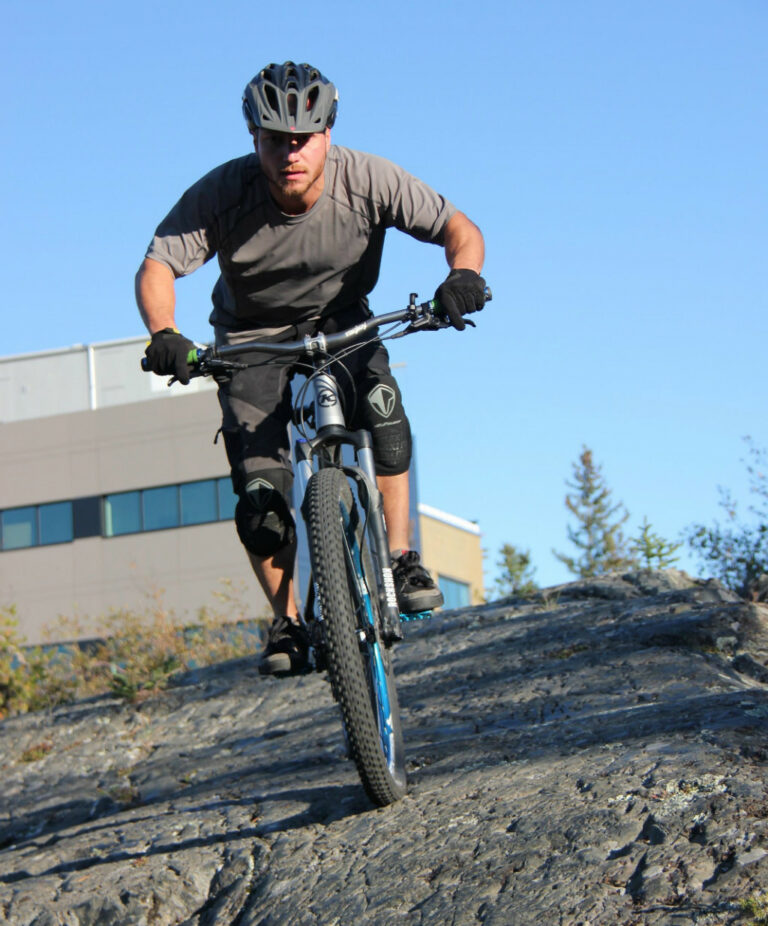 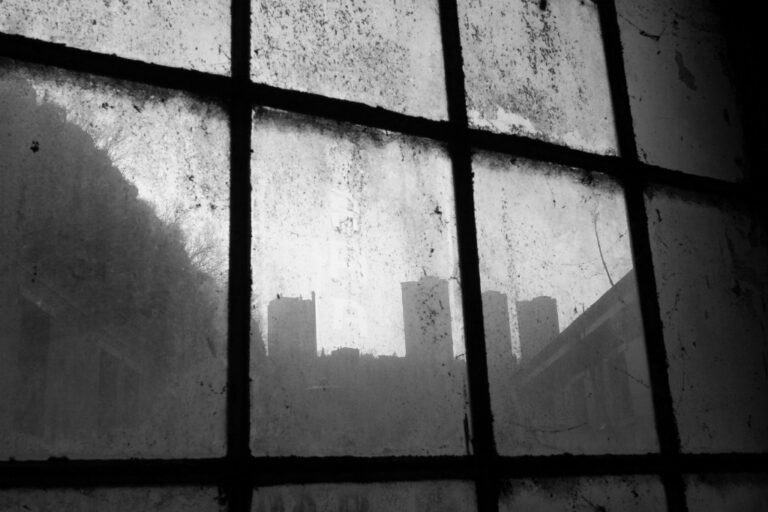