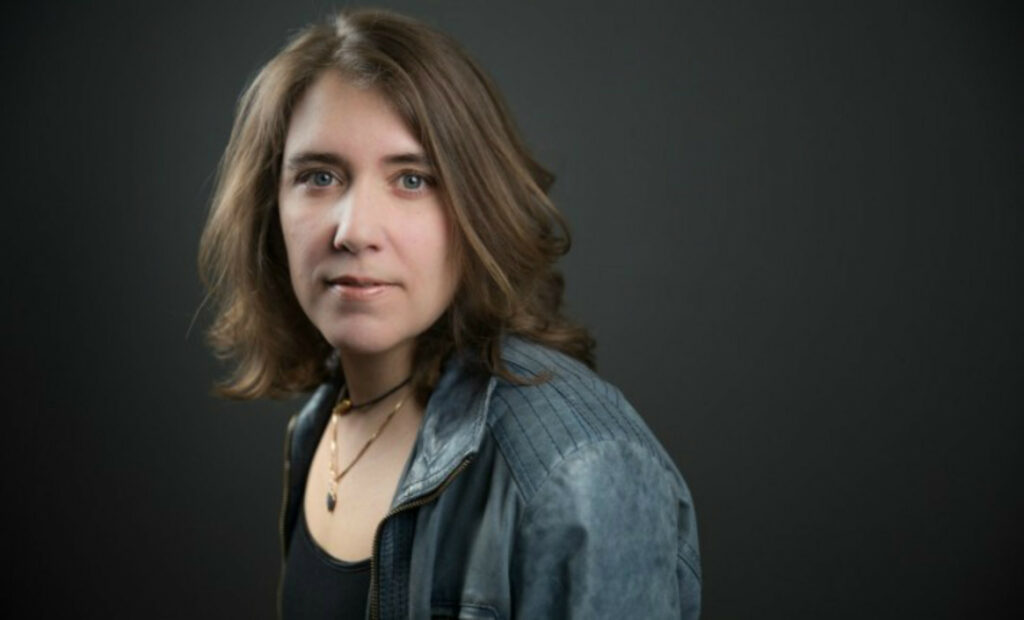 It started with the ‘summer of smoke’ and the finding of an old treasure, but now artist Jen Walden’s first-ever film is up against eight others in the CBC Short Film Face Off.

Painted Girl, a story about a young woman who is able to leave a volatile relationship after a strange package arrives in the mail unexpectedly, is one of nine Canadian shorts to be featured this summer on the viewer-decided film challenge that will put $45,000 into the hands of the winner.

It’s the first film to be made by Walden, better known as an accomplished Yellowknife-based painter, and was inspired by the burned landscapes of the territory during the massive fire season of 2014.

“I had taken off with the kids to avoid the smoke, and we drove through parks that were still burning and places that were just black ash and older fires that were thick carpets of purple fireweed. I was inspired by the landscape and I knew I wanted to make some sort of film there,” Walden says.

The next spring, Walden was in Ontario visiting her father when he pulled out an old paint box owned by her grandfather, who was also an artist. The treasured find would become the magical prop at the centre of the film.

Painted Girl has already been featured as part of the national Women in Film and Television showcase in Toronto and in Halifax, where it was featured as the finale of the ‘Women Making Waves’ art conference. The CBC Face Off will definitely garner the film’s largest audience to date. The competing films will be aired on national television in groups of three, with a winner being selected from each episode by viewers and a panel of judges. The final episode will see the top three films compete for the grand prize in front of a live studio audience, with viewers voting for the winner. Walden will be flying out to Halifax for the show.

“It’s wonderful and it’s nerve-wracking,” Walden says. “At the same time, it’s such an honour. I already feel like a winner.”

Though Walden is well-known for her acrylic paintings—her massive landscape show, The Land at the End of the Sticks, recently toured the territory—she says that’s not where her talents stop.

“I’m an artist who’s constantly looking for new challenges. I’m always looking to learn and do something new,” she says.

After recently studying traditional oil painting in Italy, Walden says she returned home with a fire in her belly to pursue arts outside of her boundaries. Film started “to creep into” her mind.

Since Painted Girl, Walden has taken “every workshop available” on filmmaking in the territory and completed another short film for the Dead North Film Festival called Preserved, which won her the 2016 award for Best Cinematography.

She is now working on several more, including one in production that explores the bond between a mother and her young son, who has a special attachment to a piano.