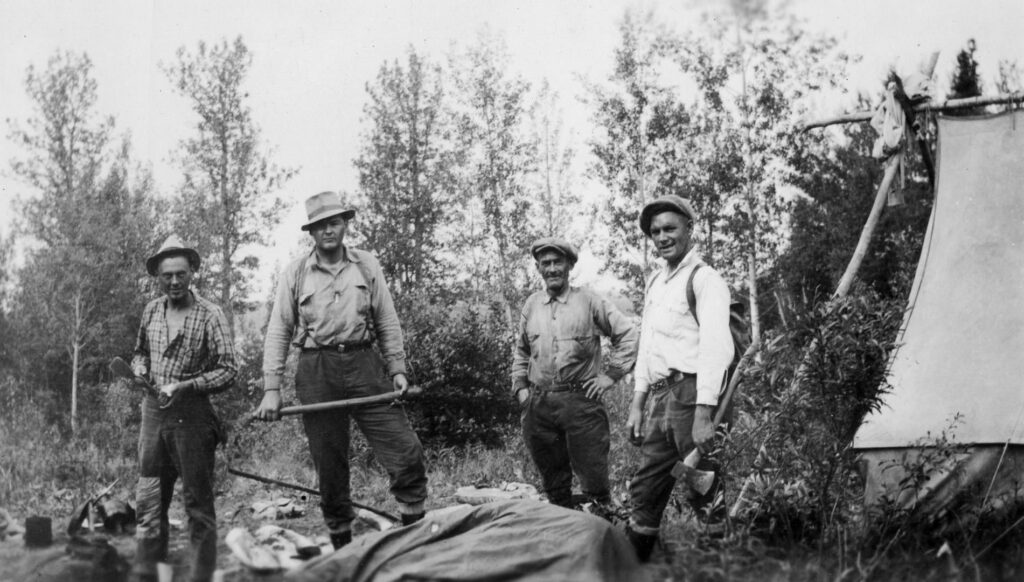 A sneak peek from the upcoming April/May issue of EDGEYK:

In the year 1935, men arrived on Yellowknife Bay to start a mine at Burwash Point. It was a short-lived prospect: the gold didn’t last, and no bricks of the precious metal were poured. However, the gold-bugged employees continued the search. And to offer some help, a group of government surveyors showed up with an ambitious plan to define the geology of the area.

What riches might underlay the Canadian Shield on the north side of Great Slave Lake? The Geological Survey of Canada wanted to know. In 1932, Dr. C. H. Stockwell performed cursory mapping of the Yellowknife River, and his official report was one of the reasons Herb Dixon and Johnny Baker traveled its route in 1933. Now, two years later, the G.S.C. returned. The important branch of the Federal Department of Mines had a clear mandate handed down to it from Minister Wesley Gordon. The G.S.C. was handed $1 million to map the country, just one scheme to combat the Great Depression and jump-start the Canadian economy. For his part, Gordon was a vocal champion of northern exploration and encouraged his geologists to use the airplane as a primary tool.

The students had a lot to learn, requiring a crash course in bush survival, compass readings, measuring distance by pacing and canoe strokes, map-making, basic rock identification tricks, and cooking the vital sourdough on the griddle.

Bound for Yellowknife Bay in June 1935 on the small motorized vessel Pelly Lake, was one of 186 exploration parties dispatched by Minister Gordon. Leading this particular expedition was Dr. Alfred Jolliffe, along with 14 students wrangled from universities in Alberta and Saskatchewan. They were a green bunch. Most were raised on farms, and while many were geological students, few of the boys had any field experience and none had ever sat in a canoe.

The students had a lot to learn, requiring a crash course in bush survival, compass readings, measuring distance by pacing and canoe strokes, map-making, basic rock identification tricks, and cooking the vital sourdough on the griddle. They were lucky to be led by Dr. Jolliffe, a natural instructor who would later go on to be a popular lecturer at Queen’s University. Not only was he a seasoned geologist, Jolliffe was an approachable man and liked to engage in topics of natural history with whoever would listen. That openness was an important factor in what would happen by the end of the summer.

A roll call of Jolliffe’s survey party is like reading a modern topographical map, as their names now don many of the lakes around Yellowknife. They were: Fraser Buckham, Lyman Skinner, Howard Blachford, Neil Campbell, Norman Jennejohn, John Ross, Jack Gordon, Ted Graham, Jimmy Mason, Jack Sparrow, Bill Love, Norm Reid, and Jack Tibbitt. Keith Falkner, medical student, was along to guard the health of the men. Many of them continued in their studies and a few went on to make great contributions to northern geology – Neil Campbell later theorized a major gold deposit underlying the city that turned out to be true.

The surveyors split up into teams, using Matt Berry’s float plane for transportation and communication, mapping at locations between Behchoko (then Fort Rae) on Great Slave Lake’s North Arm, and to the Francois River at the opening of the East Arm. Jolliffe spent half the summer at the base camp on Yellowknife Bay, and the other half on Russell Lake near Behchoko, plotting air photos and compiling the many notebooks handed off to him by the field parties. By September, the expedition had reached its 17,000-square-km quota of mapping, with only a few blank spots left to be filled.

One theory endorsed by Dr. Jolliffe was how intruding granite rocks could be conduits for gold mineralization. Determining the contact between the pink granites and the original grey volcanic rocks was therefore a priority as the season wound to a close. Norman Jennejohn was leading the team camped on Yellowknife Bay’s west side taking a closer look, where Fred Henne Territorial Park is today.

On September 9, 1935, at the Russell Lake base camp, Jolliffe was introduced to three prospectors. Vic Stevens, Ed McLellan, and Don McLaren representing the A.X. Syndicate had just arrived from Great Bear Lake and they were excited to know what all the activity was about. Jolliffe was more than happy sharing his information; it was common practice for the G.S.C. to share field notes and maps with prospectors. A lively discussion ensued on the geologic history of Yellowknife Bay and Jolliffe encouraged them to meet up with his man there to learn more.

Within a few days, the three prospectors had teamed up with Jennejohn to traverse the terrain north of Jackfish Lake, and stumbled upon a series of blue-quartz veins bearing visible gold. Vic Stevens kindly asked to borrow the G.S.C. axe and promptly began staking a claim. And stake they did! The A.X. Syndicate split into two teams and blazed the west side of the bay with claim lines and posts from the south and north. The logical plan was to eat up the ground between as quickly as possible. But as ardently as they worked, they were unable to close the gap before other prospectors heard about the gold find.

In Fort Smith, the G.S.C. party and many prospectors were marshaling to prepare for the winter retreat. On September 20, 1935, Dr. Jolliffe was informed by Jennejohn of his involvement in the Syndicate’s discovery and claim staking. The scrupulous geologist decided to make a public announcement there and then, in the nearest café, lest the government later be accused of secrecy in the finding of a gold mine.

The snow was already starting to blow on Great Slave Lake. This was no concern to Bill Jewitt, chief engineer for Consolidated Mining & Smelting Co. (Cominco) in the north, who radioed his best pilot to get on the ground and stake whatever he could. Luckily, Mike Finland was flying through the area in his Gypsy Moth plane with prospectors Jack Russell and Dave McRae. On Sept. 23, 1935, the Cominco men were able to stake 14 mineral claims, smack dab in the middle of the A.X. Syndicate’s two work parties. They called it the Con group of claims.

It was a blind land-grab staking rush. A thin layer of snow blanketed the ground so nobody was sure what, if anything, they had just laid claim to. It was a huge gamble, one that paid off big for all involved, for the year 1936 would prove that rich gold mines did indeed exist on the west side of Yellowknife Bay… but where were they, and whose claims were they on? 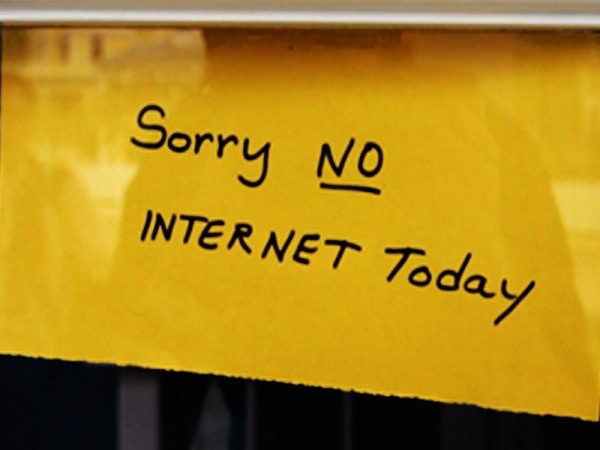 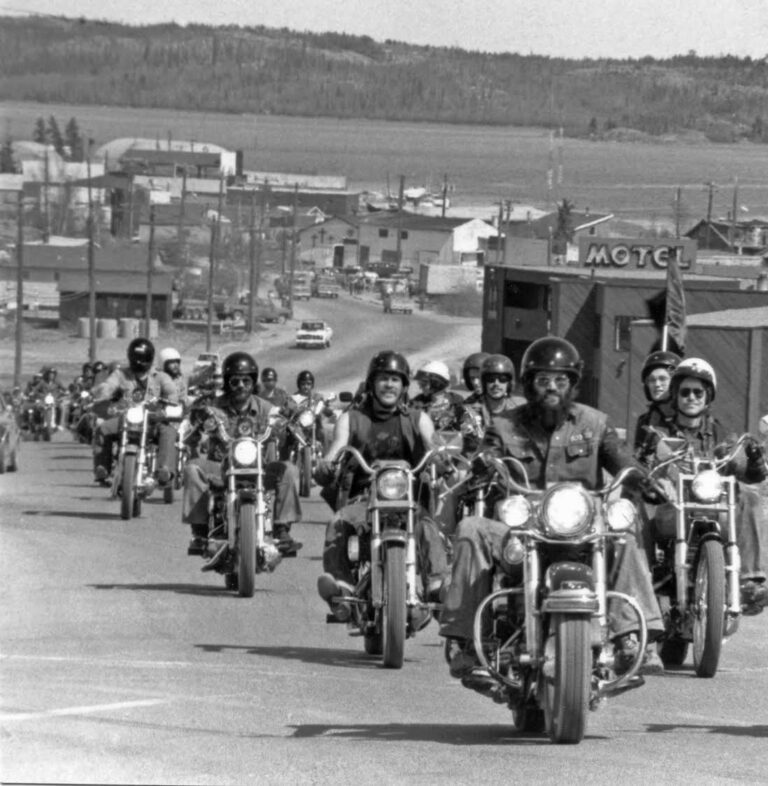