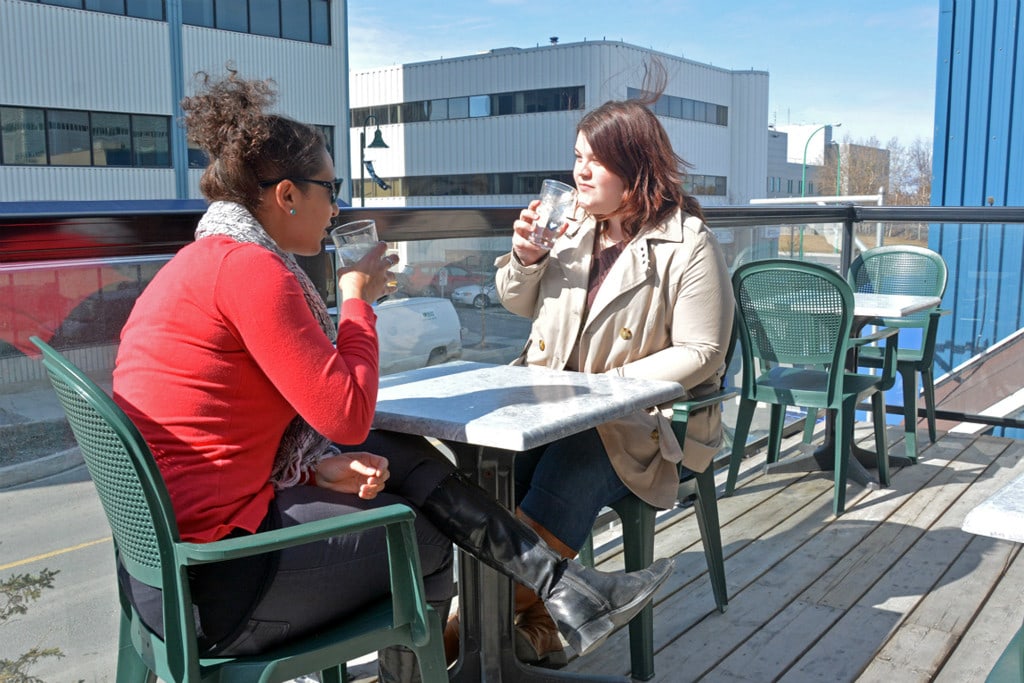 As May winds to an end, it’s time for Yellowknifers to go all Mediterranean and start drinking and eating al-relatively-fresco.

And this summer promises plenty of options for those inclined to consume outdoors. Though this year’s food truck fleet seems like it will be a diminished one, with Wise Guys sticking to their bricks-and-mortar location at Twin Pines Diner and no new names on the horizon as yet, there are plenty of patios for you to enjoy those few, brief rays of sunshine we get each year.

Last year, we were hoping for some outside action from the Black Knight, which  was planning on expanding outside with an eight-table patio on the sidewalk outside its building.

Alas, the BK patio didn’t manage to get approval that summer, and alas again, that struggle continues into this year. While BK management tell EDGE they are still more than eager to move ahead with their plans, getting the green-light is proving far more difficult than initially anticipated. According to management, the patio is currently caught up in “red tape” and we will not be seeing it this year. Also still on the horizon, an ambitious patio planned for Lennyburger, the much-anticipated KFC successor on 52nd St. No word yet as to whether that will make its debut this summer, though rumour has it we may at least see a take-out operation functioning there this summer.

Here’s a look at the city’s existing wall-free options, presented in alphabetical order:

This reasonably-sized patio on the edge of downtown proper usually closes down around 11:00 p.m., so neighbors don’t have to suffer late-night racket.

Pros: it’s outside, and the walls are high enough.

Cons: the walls are high enough to block out the gas station ambiance of the surroundings.

BP’s five-table, 20-seat patio is glassed-in, which might appeal if the wind gets nippy.

Pros: Like the family restaurant side of this chain operation, it’s kid-friendly with a liquor license, which means that every Friday it’s a scene, full of tired, thirsty parents gratefully grabbing a brew while their kids cut a rug.

Cons: It’s basically an outdoors extension of the place’s sports-bar/supermax-jail-visiting-facility aesthetic, and that BP service issue  doesn’t improve once you’re on the sidewalk.

Up for whitefish and lake views? Head to Bullock’s outdoor seating.

Pros: That Old Town location. And good, if pricey food.

The newest and most popular patio in town is currently open for the summer. There’s a new barbecue pit currently under construction beneath the patio, but that will be used by the staff.

Pros: Whoo-hoo! Brew-pub with a patio!

A late, but necessary addition to our list, the Racquet Club’s large patio seats 50, plus however many choose to bob around in its hot tub. It’s located right by the club’s full-service lounge, and gets pretty hopping on its popular $5 Fridays.

Pros: Tucked away out of the wind and sun-centric.

Cons: Depends on who’s hanging in the hot tub.

The largest patio in YK, seating around 80 people. One of the busiest in town.

Pros: The suburbs’ main evening gathering place is people-watching paradise in summer. And as softball season gets underway, it’s worth heading over post-game for some pizza discounts for sports teams.

Cons: Oh, look, what a beautiful view of a suburban parking lot…

Twist’s raised deck patio overlooking 50th St. is fairly  small, with only ten tables, most seating two. But it gets a good blast of midday sun, and with its central downtown location, it’s a popular spot for a lunchtime beer. We are not sure how or if the restaurant’s possible change to a family-friendly operation will affect the patio.

Cons: Location means actual sun-on-patio time is limited thanks in part to the abandoned hulk of the Bellanca across the street, and its narrow measurements can make things feel a tad smooshed.

Just by virtue of location, ambiance and actual exposure to the sun, this is a contender for best patio in the city. That menu though…

Cons: Can be pricey, and a bit of a tourist trap. Big tables mean you end up meeting strangers.

Got buddies with golf club memberships? Get them to invite you to the Yellowknife Golf Club’s large patio, The 19th Hole.

Pros: It’s a patio. It’s out of town, which is kind of nice. And either after or before a sip or a nosh, you can knock a few balls around.

Cons: Unfortunately you can’t watch people tee off, as the large wooden deck, seating about 50 people, is around the side of the clubhouse. 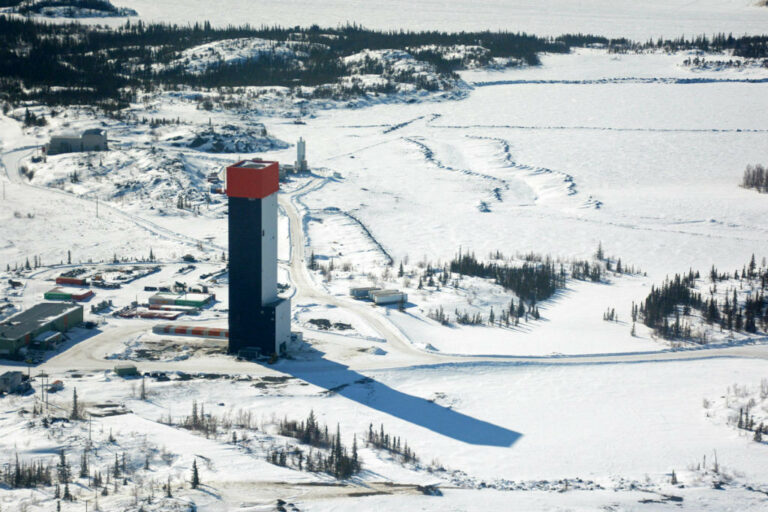 YK From the Sky: An Aerial View