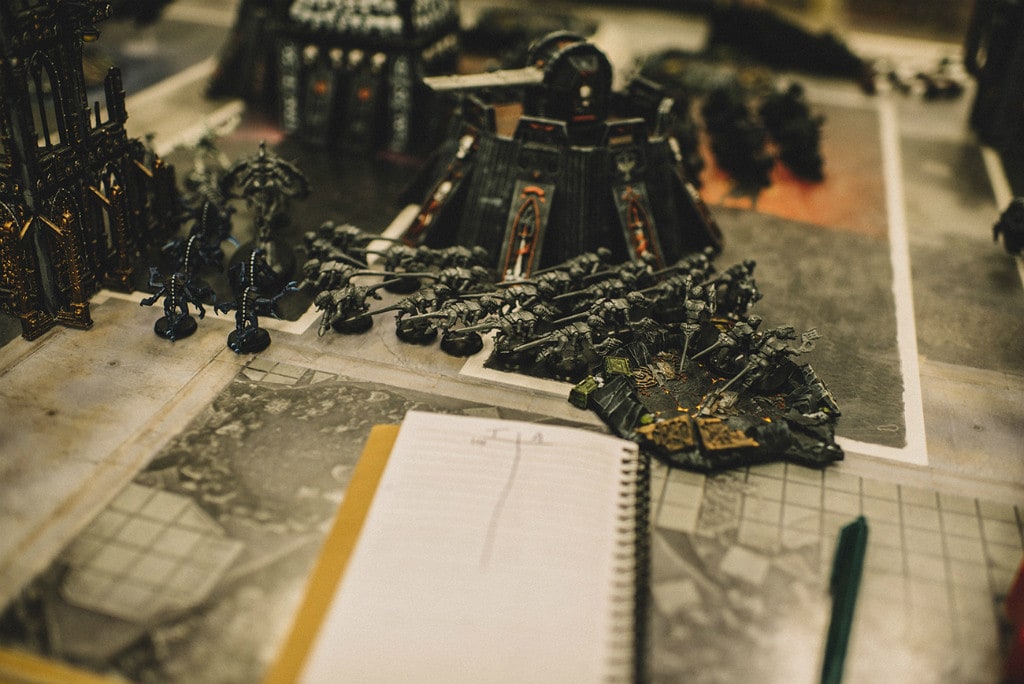 A game of Warhammer in mid-play

In honour of Ptarmicon this weekend (Saturday, August 22 and Sunday, August 23 at the Multiplex) and its celebration of all things Warhammer, LARP, anime and etc., EDGE ventured into Centre Square Mall to find a place where Yellowknifers gather to game and geek out.

Centre Square Mall is a zombie-apocalypse movie set come to life. Half the shop-fronts are abandoned, empty and barricaded. Those still standing offer last-chance blowout sales, dusty shelves full of unloved novelty items, bargains no one is really looking for. Yet in its deeper recesses, there’s one shop that stands out, an escapist’s haven: Ogre’s Lair.

For a town with a pretty ubiquitous northern aesthetic (nitty-gritty brown with utilitarian beige highlights), the Lair seems like a portal into a different city. Inside, the soundtrack is high-tempo electro Top 40 remixes. Brightly coloured board games of every shape and flavour scale the walls; rubber samurai outfits and plastic swords dangle; and in the middle of it all sit two tables that feature fantasy imagery underneath a hard plastic top.

The ogre of the Lair, owner and manager James Croizier, sits in his cubbyhole at the back of the store much of the time, letting his customers do what they will. “People just hire me to bring in games. I’m a glorified stock person,” he says, taking a break from playing Minecraft.

There’s no charge for dropping by and using the tables to play Warhammer or whatever. James tells me the common denominator to social life in Yellowknife is drinking. When he left town to go to school at the University of Regina, he found a greater community in non-drinking culture there that he wanted to try and recreate here.

“A good game shop should feel like a clubhouse,” he adds, telling me pop culture is increasingly derivative of Dungeons and Dragons gameplay, that what was once considered marginal nerd culture is now mainstream.

Nowadays, most of the store’s customers are gamers in their 20s or 30s. Sometimes a stray will wander in simply because there really aren’t many other similar spaces in town. The walls are loaded ceiling-high with games and guides

I wanted to get in on this. I grew up playing online games. As a socially awkward introvert, having a screen and an avatar blocking me from other people was my idea of fun. If I could now, after growing up and developing a socially charming-ish skin, integrate the two, I would finally be able to bridge the gap to my childhood.

The fact that this was a special “pre-release” preview of a new edition of Magic card set meant there was bound to be an edge of competition this evening, but I was only here to have fun. Friday Night Magic happens every week at the Lair, but that’s a universal branding on the long-standing card game. Other events require more interest; not until a particular game reaches “critical mass” (which is about 10 or 20 players, says James), will he organize the event.

When I arrived, 15 white boxes with five different coloured symbols were laid on the store counter. About nine of us lined up to grab the colour of our choice. It was weirdly exciting, a glorious moment, even though most of the people around me were adult men in shrunken t-shirts and khaki shorts.

Many of them had been playing Magic since they were teens, taking year-long or decade-long breaks before getting back into the game. “We were all there once,” they say when I make clumsy apologies for my newness to the game. Paints and paintbrushes for game figures.

Humour is for losers

I bought an energy drink, and got the breakdown from a friend who’d volunteered to be my guide this evening. He made me a deck while glancing at the other player’s cards. Since this was a new release, there was a lot of animated discussion. Someone saw a rare card in my deck and said “congrats.” I felt pretty hyped.

As the tournament began, I tried some humour on my co-players. My attempts were met with cold expressions or forced smiles before their eyes darted back to their hand.

Some players were very strict on the order of play. “You didn’t tap your cards before you drew a card,” they chided. (Tapping is turning your card sideways to signify that you’ve used it and depleted its resources.) Dutifully, I rotated the cards back, drew them again, and then tapped. In a professional game, one misstep with any one of the dozens of similar details and you’d forfeit your match. This was made pretty clear to me.

The more I learned the ropes, the more involved I got, and the less chatty I became. I forgot I was there to observe and report. I had become engrossed, and deeply competitive. Humour was for losers.

When I played against a latecomer, I caught myself reiterating the rules the way others had done for me. He nervously apologized, and I responded with a monotone “Don’t worry about it.” What had I become?

I was there for a full five hours before I had to leave for my serving job. I expected to have a nice shower and decompress afterwards, but the time had flown by. I had to rush. When the sun hit my face, I began to remember the context of my actual life. I was Jessica Tran, 21, average day worker. I was not a planeswalker controlling creatures and casting spells to defeat my opponents. I could move without waiting for my turn. I was also, to be honest, pretty stinky after five straight hours of Magic. My hands were trembling from all the adrenaline. I had nerd shakes.

I arrived at my job and tried to talk to customers and struggled to smile. I couldn’t get a full sentence out for about 45 minutes. Social games are much, much harder than what the Ogre’s Lair has to offer, and way less fun to play. 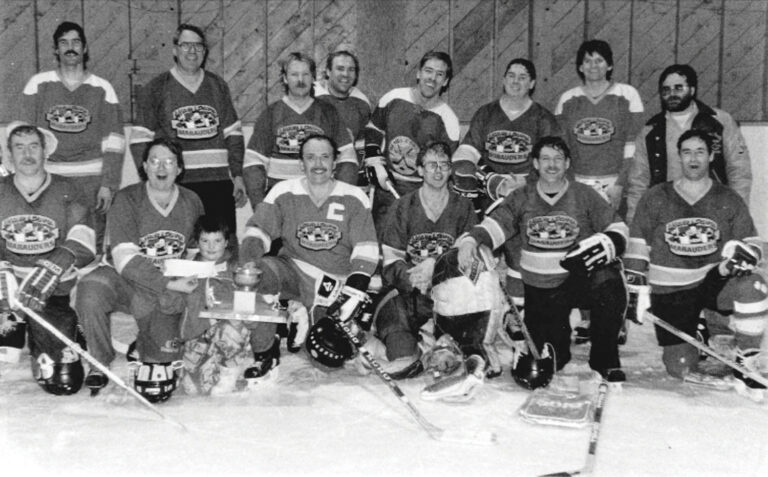