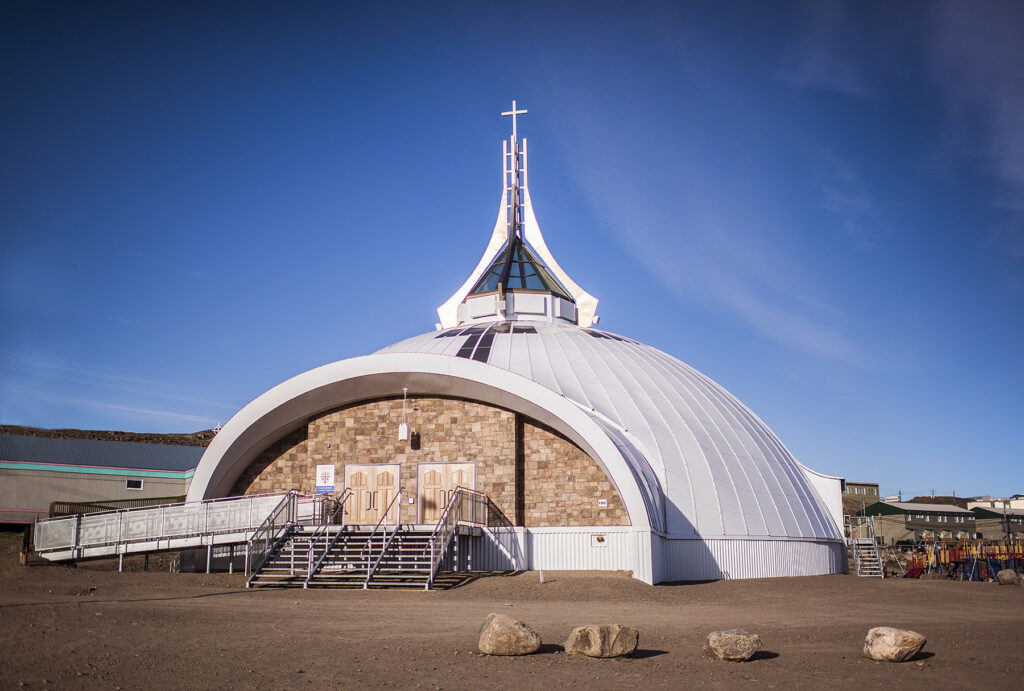 Before its bankruptcy in May 2013, Dowland Construction was Inuvik’s home-grown success story. Its failure was felt across the North, from Iqaluit where it was rebuilding igloo-shaped St. Jude’s for the Arctic Diocese to hospital projects in Whitehorse and, to a lesser extent, even by subcontractors in Yellowknife.

Dowland had liabilities of $135 million against $75 million in assets – $55 million of it in receivables from projects, including St. Jude’s cathedral, which it has been able to arrange installment payments for its debt.

Among the secured creditors, the Royal Bank was owed $21 million. Bonding companies that backed Dowland on several of the more than 30 projects that were stopped by the crash were owed as much as $60 million.

Dowland’s failure shook hundreds of sub-contractors and suppliers  across the North and West. They were among the unsecured creditors that recovered only a fraction of money they were owed.

Ryfan Electric in Yellowknife was among them, but management sensed problems in late 2012, and in January 2013 began collection action for work done on Inuvik’s $100-million East Three School. Bonding arrangements covered 80 per cent of the debt, but Ryfan still lost $400,000.

“It wiped out our year,” said Dave Tucker, one of Ryfan’s partners. “But we’re well capitalized, so we were able to absorb the loss.”

Tucker harbours no hard feelings toward Dowland, or its founder, Guy Pemberton. “I would do business with him again,” said Tucker, who shares the prevailing view on what brought Dowland low: it grew too fast.

Founded in Tuktoyaktuk in 1983 by Pemberton, Dowland grew to 350 employees. It was down to 85 employees when receiver Alvarez and Marsal Canada Inc. was called in.

Much of Dowland’s early success was tied to its partnership with the Inuvialuit Development Corp., and its largest-ever contract was the East Three School – sole-sourced by the territorial government to Dowland in 2009.

Then-premier Floyd Roland, an Inuvialuit beneficiary, wrote a letter to cabinet supporting the choice. He brushed aside questions about possible conflict of interest, and said he was not present when cabinet decided to award the contract.

IDC provided bonding guarantees on the East Three School, but financially pinched in the wake of the 2008 global recession, it moved to end its partnership with Dowland. The government released IDC from the performance guarantees and over the course of 2010, IDC’s loans to 6070 NWT Ltd., the Dowland holding company, were reduced from $1.9 million to zero.

Pemberton was easing into retirement when Dowland went under. According to the receiver, he still held 75 per cent of 6070 NWT Ltd. But Pemberton said he had reduced his stake to about 25 per cent and the majority owner was Patrick McGuinness. Alvarez and Marsal did not respond to requests for clarification.

Planned to be top 10 in Canada

McGuinness joined Dowland in 2003 with a background in financial and general management in fields as varied and diverse as construction, food processing, plastics, transportation and financial software. He intended to place Dowland in the top 10 construction companies in Canada, according to statements in IDC newsletters.

Contacted at his home in an upscale neighbourhood in Edmonton, McGuinness declined to answer questions about the bankruptcy.

Pemberton, who re-located to Calgary several years ago, is again a familiar face on the streets of Inuvik. He bought up Dowland assets at a bankruptcy sale last year and got a contract to rebuild Inuvik’s utilidors.

Pemberton said he has not spoken with McGuinness since Dowland crashed. He blamed the company’s failure on “growing too fast and problems getting qualified people to manage” numerous projects scattered across Canada.

Dowland’s last hurrah was in late 2012, when it opened an office in Thunder Bay, but it was already teetering on the brink. In a bid to raise money, it had offered a B.C. subsidiary, Dowland Industry Works, to Cannonbie Contracting Ltd.  Canonnbie waited for the collapse and picked up DIW’s assets for $200,000.

After a three-year hiatus that followed the collapse of its former partner Dowland Construction, the Inuvialuit Development Corp. is back in the construction business.

The RCMP project is a $20-million job in a town where big jobs have been scarce since the $100 million East Three School – the largest project ever landed by Dowland.

The prospect of a new general contractor in town triggered fond memories of the days when Dowland shared its success with Inuvik tradesmen.

The competition for the RCMP headquarters closed last June and a month later, Public Works Canada awarded the contract to Wildstone Engineering of Penticton, B.C. which bid $19,534,519.20. Completion date for the project is early 2016.

The only other company to bid on the project was Clark Builders of Yellowknife. Denny Rodgers, IDC general manager, said Nappaq decided not to bid on the RCMP project but didn’t elaborate.

The absence of the IDC subsidiary hasn’t kept Inuvik sub-trades off the jobsite.  Scott Lachowski, Wildstone’s Inuvik project manager, said all of the initial site preparation and foundation work has gone to local contractors. Lachowski, who grew up in Yellowknife, was startled by the state of Inuvik’s economy.

The town has been struggling since the Mackenzie Gas Project was shelved and house prices have tumbled by 15 per cent, but that hasn’t enticed buyers. “It’s really quiet. There are a lot of houses for sale,” said Lachowski. 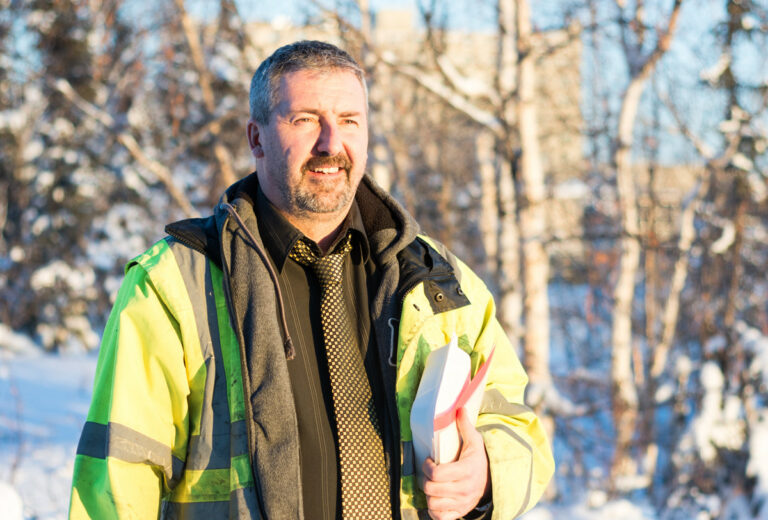 The Innovators: Paved With Good Intentions