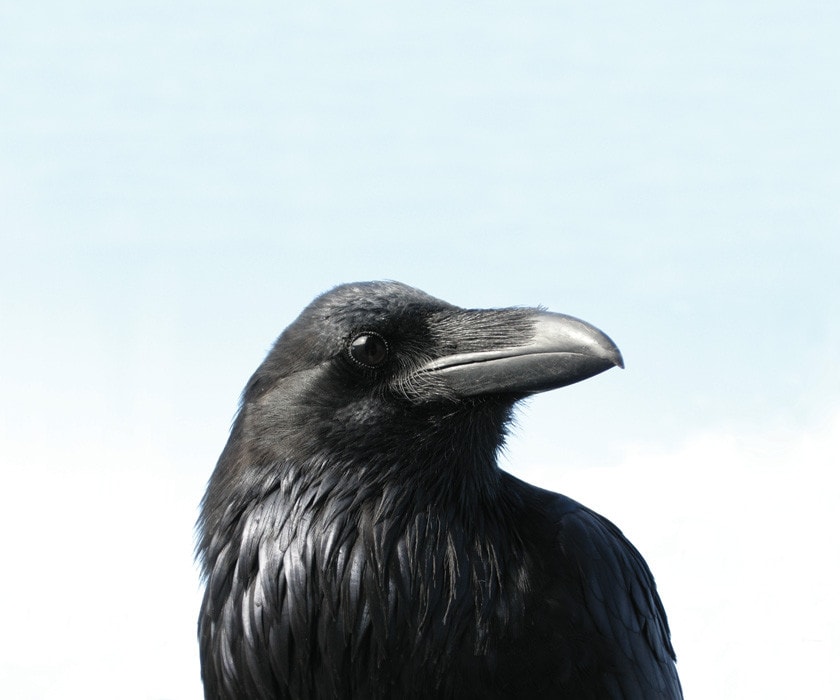 A loud CRAWK announced that ravens had decided to accept my offer of food. A big, black raven sat on the railing looking in the door. I took that as a hint he would like a treat, put out pieces of bacon, and took photos while he ate. I called him Big Guy.

I put out fried rice with carrots and peas, dribbling little piles along the railing. Big Guy hopped along, picking out the vegetables and dropping them. When he tasted the fried rice, he turned his beak to the side to scoop it up. Then he cawed, which means “there is food,” and his mate and juvenile joined him.

Big Guy gathered cherries in his beak, flew down to the ground and hid them under leaves near the bike rack. When he’s caching, he’s had enough to eat.

Ravens are aerodynamic beings. When the wind is blowing strong, they have to face into it or get blown away. They struggled to stay on the balcony railing long enough to eat. Circ de Soleil could use them in their balancing acts.

Ravens were flying over downtown buildings two blocks away. I made a few caws, and watched as some of them heard me and turned. Two of them flew straight for me in a sight line, zooming in until four feet from the balcony, then veering up to the roof, circling back and landing on the railing. It was thrilling!

Big Guy posed for a photo. He’s getting braver. After he ate his breakfast, we “talked,” while there were still pieces of grape on the railing. When another raven landed and snuck the farthest one, Big Guy grabbed what was left.

I’m feeding them greased bread for winter. They fill their beaks and take off to eat where the other birds can’t steal it.

When Big Guy’s mate hits his beak with hers, he regurgitates food for her. I may be feeding twice as many ravens than what show up.

At -20, I sat on my balcony and was joined by Big Guy, his mate, and five others. I started cooing and it caused two of the couples to cuddle.

I changed to humming, and two of them got as close as they could to me, standing right in front of my face, listening. They were fascinated and listened for 30 minutes, twisting their heads this way and that, like a dog does when puzzled.

They LOVE peanut butter! Each flies in like a bomber, grabs a cracker and takes off, getting peanut butter on the sides of their beak.

Big Guy is back. After he eats, he stands on the railing while I read. When he starts making noises, I talk to him. This brings him down the railing closer to me.

A funny demonstration of supply and demand – I put three pieces of bread on the railing; when he picked one up, I took one back. He didn’t like that, and while he held the first piece, he kept eyeing the one in my hand, totally ignoring the second piece still on the railing. I laughed and put the third piece back. As soon as it landed, he snatched it up, ignoring the second piece.

When Big Guy did his little song and dance, I put out a Ritz cracker. He picked it up and ran to the far end of the railing and ate half of it. Meanwhile, I had begun eating an orange and he seemed interested in that. I put one half-section on the railing. He came over, tasted it, then shook his head. I pushed the uneaten portion off the railing. When he saw this, he ran back to his half-eaten cracker and quickly finished it, as if he were afraid I would push it off the

I’ve trained them to respond to my whistle. I saw two ravens flying over near 54th Street, playing in the updrafts. When I whistled, they turned and flew to me.

When I put food on the railing, the ravens fly in from all directions. Their wings sound like rustling silk as they land beside me. When the food is all gone, Big Guy and his mate roost on my railing, all puffed up like feather balls.

Weather was in the low -40s. A fog rested over the city, frosting all the trees and ravens.

I have to say goodbye. I am moving to another building where feeding ravens will be problematic. I will miss them terribly. Big Guy has become a favored companion. But it’s been a wonderful experience becoming their friend, having them roost on my railing, and allowing me to watch their funny antics just a few feet away. It’s given me a new view of ravens: they’re smart, loving, inquisitive, and have a wide range of emotions. Just like us! 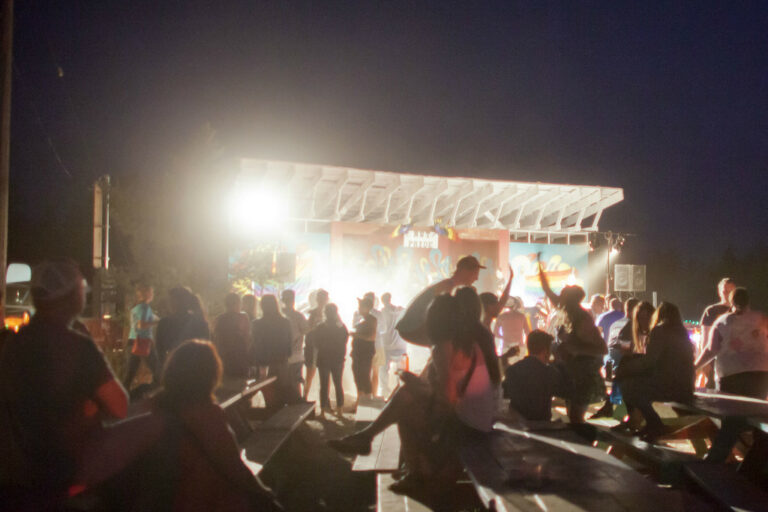 Come Hang With Us: A History of Pride