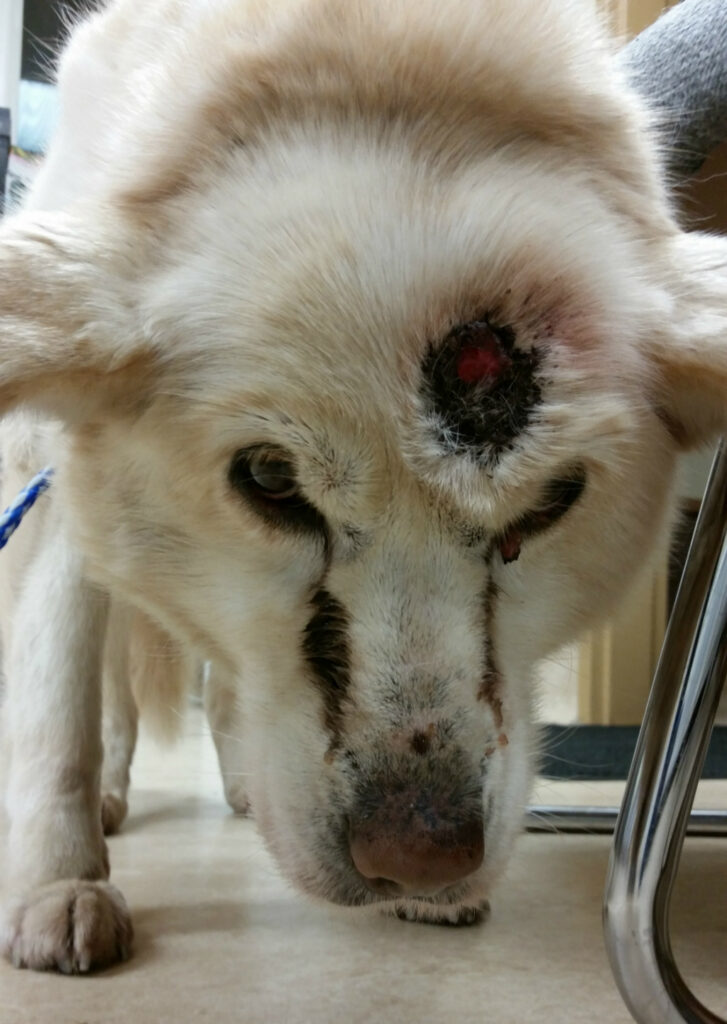 Late Thursday evening, James MacKenzie was driving along Forrest Drive when his headlights picked out a scraggly husky shivering on the side of the road. It was minus 30. When he pulled over he could see ice forming on the old dog’s fur.

She seemed skittish, said MacKenzie, tail between her legs. As he approached, he realized she had a large round wound on her forehead.

“It looked like a gunshot wound – my first instinct was that it looks like someone tried to put it down,” he said.

The dog tried to bolt, but MacKenzie caught up, bundling her into the back of the car as she tried, exhausted, to nip his arms.

Both Yellowknife vets were closed, but he managed to reach a friend from the SPCA who knew the emergency number for the Great Slave Animal Hospital. After waiting 30 minutes outside the hospital, a veterinary technician showed up and took the dog off MacKenzie’s hands.

This was the second dog MacKenzie picked off the frigid streets in less than a week. And although the husky’s owner has since retrieved her – it turns out the head wound was a tumour that had been torn off and there was no “obvious or recent act of abuse” – and the other dog’s owner was quickly located on social media, rescuing two dogs in a week hints at a significant problem in Yellowknife and the territory more broadly.

Every winter the Society for the Prevention of Cruelty to Animals gets more than a dozen calls from people worried about dogs that have been left outside too long, said Nicole Spencer, president of the NWT SPCA. More messages regarding frozen dogs come in over social media, though there’s little the SPCA can do but call the RCMP or the City’s bylaw officers.

Bylaw and RCMP take rescued dogs to the GSAH where Dr. Tom Pisz looks after them and contacts the owners. Most of the dogs officers bring in are in fairly good shape, he said. Though he treats around 20 dogs every winter, from Yellowknife and from further away, that have frostbitten tales, ears and testicles.

“Leaving any dogs outside can be a problem, but in the winter it’s that much scarier, because it’s so unforgiving,” said Dr. Michael Hughes, of the Yellowknife Veterinary Clinic. “People don’t realize how dangerous the cold is.”

A dog’s ability to survive depends, of course, on the breed.

“Some dogs can hardly go outside for five minutes to pee,” he said. A Chihuahua or Boxer won’t survive for long when it’s only slightly below freezing. Dogs like Huskies can survive at much lower temperatures, but they still need shelter to get out of the wind and hay they can burrow into for insulation. They also need far more food, as staying warm burns calories.

Of around 600 dogs that came through the SPCA last year, only about 10 per cent came from Yellowknife. The rest were dogs sent in or rescued from smaller communities where leaving dogs outdoors is deemed more culturally acceptable, she said.

“People need to learn the value of a dog in today’s society and know that they do have feelings and they do get cold and it’s not wrong to have a dog inside,” said Spencer.

“There’s not enough education about it and the tradition is to leave the dogs out doors,” said Pisz. Certainly mush dogs can survive in minus 40. But it’s important that people learn different ages and breeds of dogs are more or less susceptible to the cold, he said – and in no case is it ok to leave a dog outside without some form of shelter. 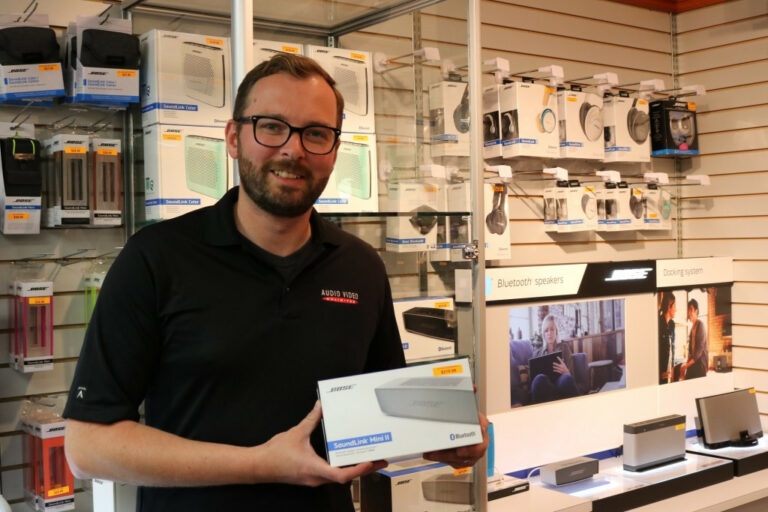 Roy’s AV Tips: Top 5 portable speakers to get you rocking outside