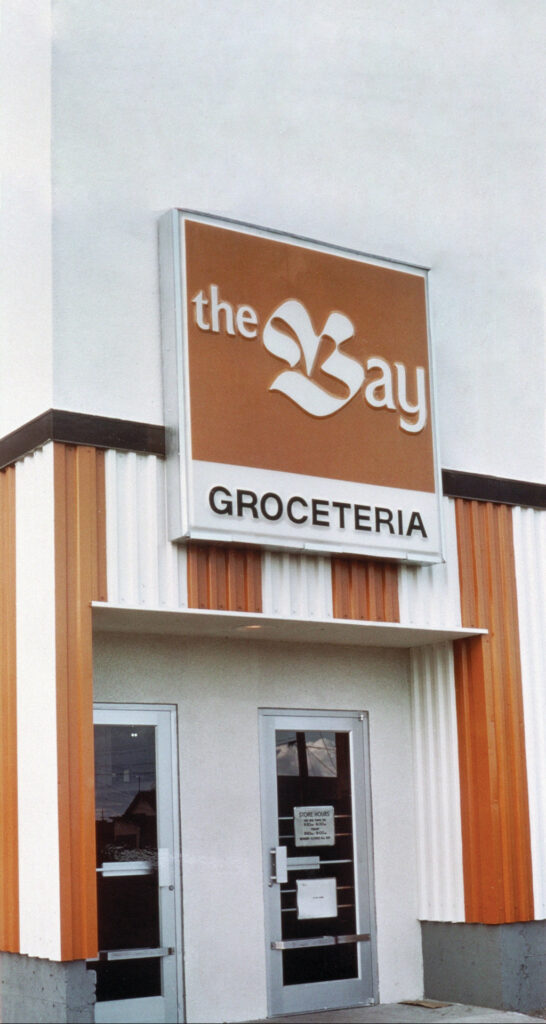 Dook’s Look Back: by Catherine Dook

In 1973, the year I turned 19, my hometown of Yellowknife was a melting pot of generations and cultures. And in 1973 there was no better microcosm of Yellowknife than the Hudson Bay Company Store.

Hired on the spot with no experience whatsoever, I started work as a cashier on a sunny day in May.

The store had a prime location on Franklin, where the federal Greenstone building now stands. The groceteria manager, who was only a few years older than me, had black hair and dark-framed Buddy Holly glasses, and he was so shy he would hardly look me in the eye. But he walked me down to the grocery floor and there, against a backdrop of four ringing tills, gestured toward a small plump Italian lady with luxuriant black hair and dark eyes and a beaming face. “Cosomina is our head cashier,” he said. “She will train you.” Then he fled like a rabbit up the stairs to his office and I hardly saw him again for two months.

Cosomina’s warmth extended to everyone. She even shed her sunrays on me, which some might have considered a waste because I was young and skinny and awkward and generally hopeless. But with a smile of pure friendliness, she showed me how to punch the keys on the till, how to work the foot pedal that moved the belt, and how to count change. Then she walked sedately back to her till and calmly began to check groceries through. Every now and then she would nod her head at me in an encouraging way and smile. A few times she stood behind my till and watched me work. “You’re a-doing fine,” she said.

I loved Cosomina. Five minutes before my break, if I had no customers and neither of us could spot anyone wearing a suit, she’d say, “Cathy, you go a-coffee. I’ll a-cover for you. We don’t havta tell that a-manager every little ting.”

Then I’d shut my till door and race upstairs to the lunchroom.

One of the other cashiers told me the manager was sweet on me, but I didn’t see enough of him to assess the extent of his passion. Indeed, if his infatuation expressed itself through avoidance, his behavior amounted to a declaration. I did notice that he stared at me a lot through the windows of his cubicle. I saw his glasses flash every time I glanced his way. And once he ventured as far as my till and said, “My mother told me there’d be days like this.” Then he turned bright red and dashed up to his cubicle and I saw nothing of him but flashing glasses until the end of my tenure.

We sold everything in the Hudson Bay groceteria.

We sold condiments and staples and meat and produce in season and eggs in cardboard egg-cartons. Deep in the basement a fellow Sir John Franklin student named Brian, who is now a noteworthy artist, cracked eggs open and divided the contents into ‘fresh’ and ‘rotten’ vats for the local restaurants. We sold stalks of bananas with sleepy exotic spiders in them. One day there was a crash and a scream from the back room. Our produce man, who was 18 years old and highly excitable, had dropped a flat of apricots, and the fruit was rolling madly in all directions. We picked up the apricots, dusted them off, and sold them, bruised and skinless, with a cloud of fruit flies on the display half an inch thick, at triple the southern rate.

Housewives paid by cheque, but we rarely asked to see any identification because mostly we knew who they were and it would have been impolite to ask. Dignified Dene ladies came through wearing headscarves and immaculately clean white socks turned down at the ankle, and children bought candy, and men picked up eggs for their wives. “Are these fresh?” one transplanted southerner asked me, and thinking of Brian in the basement, I was at a loss for words. “I couldn’t say,” I said evasively, unwilling to commit to an obvious falsehood.

Well, that was many years ago. The first man I fell in love with was tall and confident and beautiful and mean as a snake, and more than once I wondered if my life would have been different if the groceteria manager had asked me out. Now I am a grandmother, but even so it is the voice of Cosomina that sounds in my memory the tones of simple kindness. “Cathy, you go a-coffee!”

Catherine Dook was born in Yellowknife, where her father worked as a bush pilot. She is the author of three humour books and now lives onboard the sailing vessel Inuksuk in Cowichan Bay, B.C. with her husband. Contact catherinedook@hotmail.com to purchase her books. 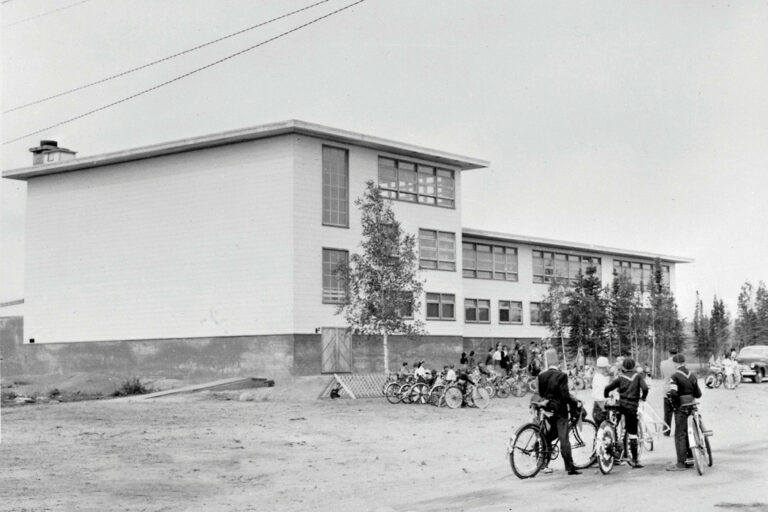