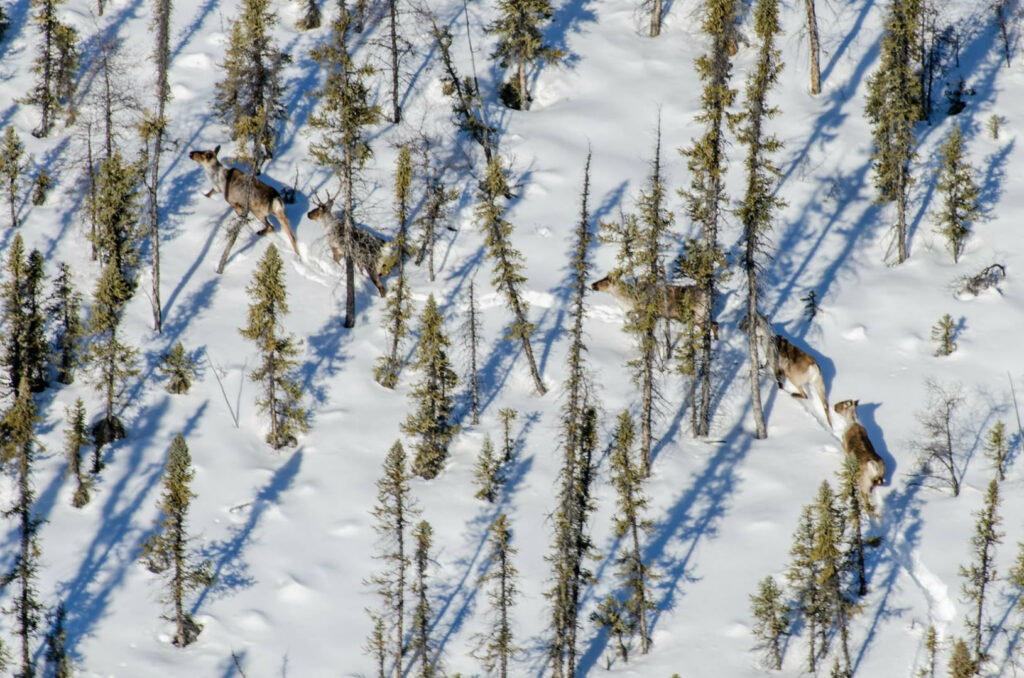 There’s no direct translation for DNA or genetics in any of the Dene dialects of the Sahtu region, where words like “cousins” or “blood” are more accurate ways of describing the familial relationships shared by people throughout the Central Mackenzie.

But language barriers didn’t stop a group of Elders and traditional knowledge holders from collaborating on the research and publication of a new study on caribou population genetics in the Sahtu region last week.

“All caribou are caribou, so they can mate with each other and interbreed, but they have specific behaviours and look different and they’ve adapted to specific habitats.”

The paper, called Łeghágots’enetę (learning together): the importance of indigenous perspectives in the identification of biological variation, was published in the journal of Ecology and Society, concluding four years of sampling and analysis led by University of Manitoba researcher Jean Polfus as part of her PhD work.

The study was an attempt to nail down the family tree of caribou in the Sahtu region to determine how much — if any — gene flow was taking place among the various types of caribou, along with their ranges.

“All caribou are caribou, so they can mate with each other and interbreed, but they have specific behaviours and look different and they’ve adapted to specific habitats… But we didn’t really know if, scientifically, we’d be able to find genetic differences between them.”

Working in collaboration with community members, the team collected over 1,000 caribou scat samples that were sent out to a lab for DNA analysis. The results were then brought back to Elders and knowledge holders to interpret the findings and provide a context for the results. Caribou scat: a key tool in the study

What they discovered was a population structure of three distinct groups of caribou defined not only by the DNA results, but also by specific Dene terminology used to classify caribou based on their unique behaviours, habitat preferences and appearances.

For Leon Andrew of Tulita, one of the authors on the study, the fact that the scientific data matched so closely with the Elders’ designations was “remarkable.”

“I wasn’t surprised, but at the same time, the genetics tell us what our Elders have always been saying,” he said. “For me, it’s very, very significant…I’m really happy about that.”

While the findings may not seem all that revelatory to some, the depth and specificity with which the Dene authors were able to classify the groups and subgroups of each type of caribou were groundbreaking, Polfus said.

For instance, traditional knowledge provided by Gabe Kochon of Fort Good Hope was able to explain a genetic difference exhibited by a certain group of mountain caribou that wouldn’t have been clear from lab analysis alone.

“Elders have stories about a group of barren-ground caribou that crossed the Mackenzie River near Fort Good Hope and into the Mackenzie Mountains… over 50 years ago,” Polfus said. “They say that they never all came back across the river.”

By matching the traditional knowledge with the DNA analysis, Polfus said they were able to determine that the mountain caribou in that specific area of the foothills were, in fact, more closely related to barren-ground caribou than other mountain caribou.

“Without having talked to Elders in Fort Good Hope about that, we probably wouldn’t have been able to understand that pattern we were seeing in the genetic data,” Polfus said. “So it’s key things like that where, without the context and those detailed histories that people understand about caribou, we wouldn’t be able to do as good of a job at understanding the ecology of caribou in the Sahtu region.”

A fourth kind of caribou

Similarly, Shúhtagot’ı̨nę Elders from the Tulita/Norman Wells area say there is a fourth group of caribou in the mountains currently unclassified by Western science. Referred to as tęnatł’ǝa, or “the fast runners,” in Dene, these caribou are said to migrate long distances and have particular features that set them apart from other mountain caribou.

“Our Elders always talk about the mountain range caribou in the Keele River area,” Andrew said. “We know the mountain caribou used to migrate up north, but they kind of don’t do that anymore. They became stationary. But what the Elders said about the fourth kind of caribou… is they identified it by the ears; it’s got sharp, pointed ears. ‘This is caribou from the ocean,’ they would say.”

Because of keen observations like that of the Elders, who relied on a deep understanding of caribou movements in order to survive, new research questions have emerged along with possible plans to take Elders up into the mountains to help identify these caribou. “There’s other evidence in the world of Indigenous people having really detailed knowledge about specific locations, about variation within species, because they’ve lived there for so long, because their knowledge is so deep that they’re able to identify things using different kinds of criteria than what we use,” like DNA analysis and satellite collar data, Polfus said.

With tǫdzı listed as threatened by Species at Risk legislation of both the NWT and Canada, and management actions required for ɂekwę́ herds across the territory, Polfus said a deeper understanding of population genetics is key for aiding communities and governments in conservation efforts, like range mapping.

“Understanding where their population boundaries are is critical for implementing any policies related to species at risk,” she said. “We didn’t know very well where the boundaries might be or if boundaries were even identifiable through genetics, so this work will be able to be fed into the processes that are in place.”

The inclusion of Dene language and knowledge into the research will also help Renewable Resource Councils in the Sahtu with their ongoing work on herd management, as in the case of Délı̨nę, which released its own management plan for barren-ground caribou earlier this year, reflective of traditional stewardship practices.

The data may also be useful for tracing the ancestral lineages of caribou, and for understanding how climate change and industrial development could impact them in the future.

Polfus said including local communities in the research from the get-go is key to making any subsequent conservation or management actions successful.

“They’ve already been part of the process from the beginning, so it’s not outside people coming in and saying this is what we found about caribou,” she said.

While the collaborative approach to the research resulted in a much more contextualized set of findings, Polfus said there were many challenges to working with two knowledge systems and multiple languages and dialects.

But by being able to confidently match the English and Dene terminology, the study succeeded in establishing a mutually intelligible language that will put Elders and southern researchers on the same page for future discussions, Andrew said.

“It’s very helpful,” he said. “It puts us on the page along with science. More [studies] like this would be great, that match Elders’ stories with science. It’s very important for the North to see that.”

Ultimately, Polfus said the hard work of merging Western science with traditional knowledge, which requires many community researchers and translators, is incredibly important for generating an outcome that is comprehensive and builds respectful partnerships.

“When we respectively bring multiple knowledge systems together, we have the opportunity for this new knowledge to be generated that really wouldn’t have been possible if we only looked at one perspective or one way of looking at the world,” she said.

“For me, that wasn’t maybe what I expected to find during my PhD, but has been really influential in what I plan to do in the future and where I think we can make the biggest conservation difference.” 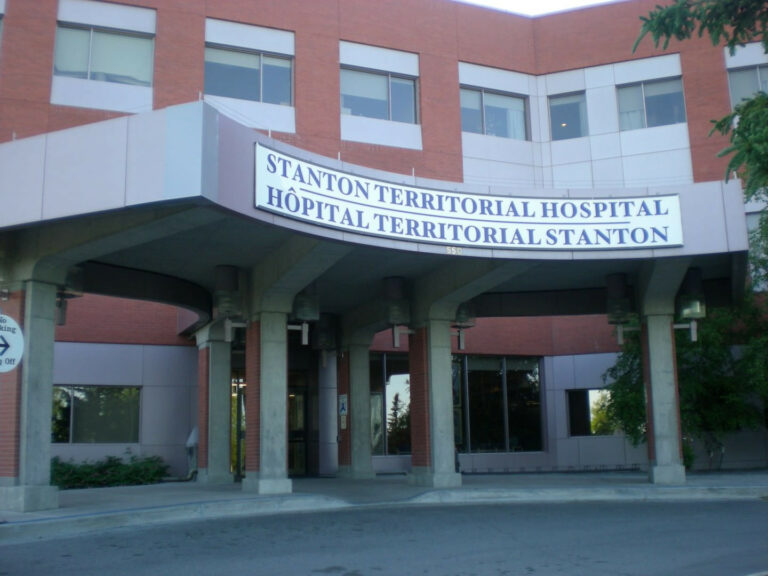