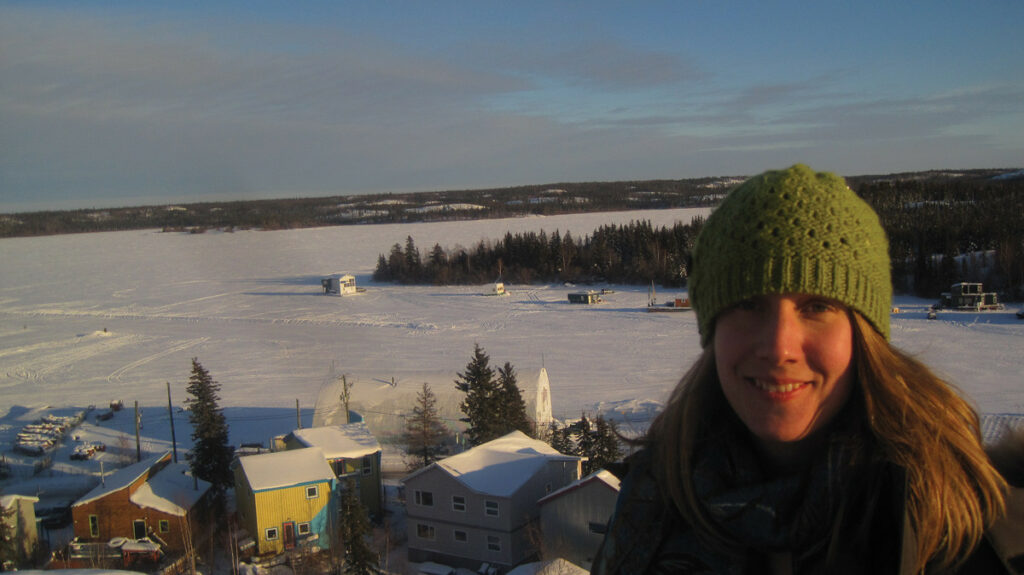 In June of 2011 I returned to Lunenburg, Nova Scotia after spending 11 months circumnavigating the world as Purser on a Tall Ship. To this day I have no words to truly describe that experience, but I can say that upon my return I neither knew where to be, nor what to do. My brother, who introduced me to sailing in the first place, understood well what I was feeling, and offered me some appropriately remorseful words. “You’re going to be screwed up for a time now, I’m sorry, but I needed someone else in the family to understand.” Of course, he was right. I dreamt of endless ocean, of tropical islands, of whales playing off the bow, of steering by the stars, of this incredibly romantic life at sea – and might well have stayed at sea forever, if another intriguing option had not been proffered.

At the beginning of September that year I received a call from my father. He had just recently moved down to Yellowknife (he and my sister had lived further north in Nunavut for seven years), and wondered if my brother and I would consider sharing his double-wide trailer.

It was not the first time my father had tried to cajole us into moving north. In a letter written during his first summer in Cambridge Bay, he told me: “I recently took a canoe into the bay and by the light of the midnight sun chipped some candle ice from a floe for my glass of whiskey.” Meanwhile, my sister talked of taking Russian delegates and Prime Ministers on tours of the town, playing winter golf at the Many Pebbles Golf course with celebrities, and nursing baby musk ox.

The unknown, the harshness, and, yes – the romance, of the Arctic had intrigued me for years, but I could imagine only going for a visit.

Yellowknife, on the other hand; Yellowknife had always been a possible curiosity to me. It seemed to have those qualities one imagines of a northern frontier town: creativity that can be spurred only by the cold – a do or die attitude, and a sort of desolate type of freedom. To my mind, it had an aura that was bound to attract some eccentrically adventuresome people. Well, I too felt a little crazy.

And so I thought about it – a lot – while lying in my bunk on the ship, listening to the harbour water lap at the hull.

In the end, the idea of being close to my father and sister for the first time in nearly a decade tipped the balance in favour of Yellowknife, and my brother and I accepted the challenge. Also, where else are you going to go after experiencing a voyage in a square-rigger around the world? The moon seemed my only other choice. I needed somewhere extreme.

In October of 2011, I packed my bags and flew to Yellowknife.

Since my father had just arrived in town the month before, the trailer at first lacked both furniture and personal homey touches. Shortly thereafter we discovered YKea, the Yellowknife dump, and picked up some sweet furniture and odds and ends. Before I knew it I was living classic bachelor style with my family. We had an air hockey table as a kitchen table, a carpenter’s bench as the kitchen island, old sheets for curtains, and assorted fuzz-balls from a shedding Labrador Retriever. Watching pilot whales play in the bow (from the bowsprit) in the South Pacific. Photo courtesy Francoise Desoutter

I was unemployed for the first six weeks I was here, fishtailing through the frozen streets in our $900 Ford truck, but I made connections through friends of friends I met at the pubs, dinner parties, cabins in the woods, and late night houseboat jam sessions that proved fruitful. Since that stint of unemployment I have worked at the Black Knight pub, the Visitors Centre, Blachford Lake Lodge, the Snowking Festival, and for the GNWT. My brother found me a sweet blazer (at the dump) with large impressive shoulder pads to wear to my first important government job.

I did discover that Yellowknife can be a land of employment opportunity, but it is so much more than that. My first winter was a ‘mild’ one, but still harder than any I had ever experienced; and yet I did not get sad like I used to during winters in Montreal. It’s hard to translate but the winters here are alive. You have to experience the crisp clear nights when the northern lights dance across the sky, or how it feels to dog mush through moonlit trails, or the way the hoarfrost and snow sparkles, or the deafening silence when you walk across the frozen lakes at night. Yes, the winters are tough here, but consequently I have felt both tough and useful. This town has offered me the silence and wide open space I sometimes need, while presenting the social connections I just as equally desire.

When I told people that I had come for six months to a year, they smiled at me, and winked. “I came here for six months as well, that was 35 years ago. You just wait. I bet you’re here to stay.”

As of last October I have lived in Yellowknife for two years. This is now officially the longest I have lived anywhere consecutively since I left home when I was 18. I’ve got potential opportunities on the horizon, but I am enjoying my life here, my new roommates, my family close by, and the random craziness this community continuously offers. After two years I still feel like I have so many firsts, so many quintessential Yellowknife moments to experience, and I am looking forward to it. Sink or swim is indeed the mentality here, and so far I am managing to swim, and sometimes even sail, in Yellowknife. I am not fishtailing as much as I was in the beginning and I love my connection to this great white northern town of ours.