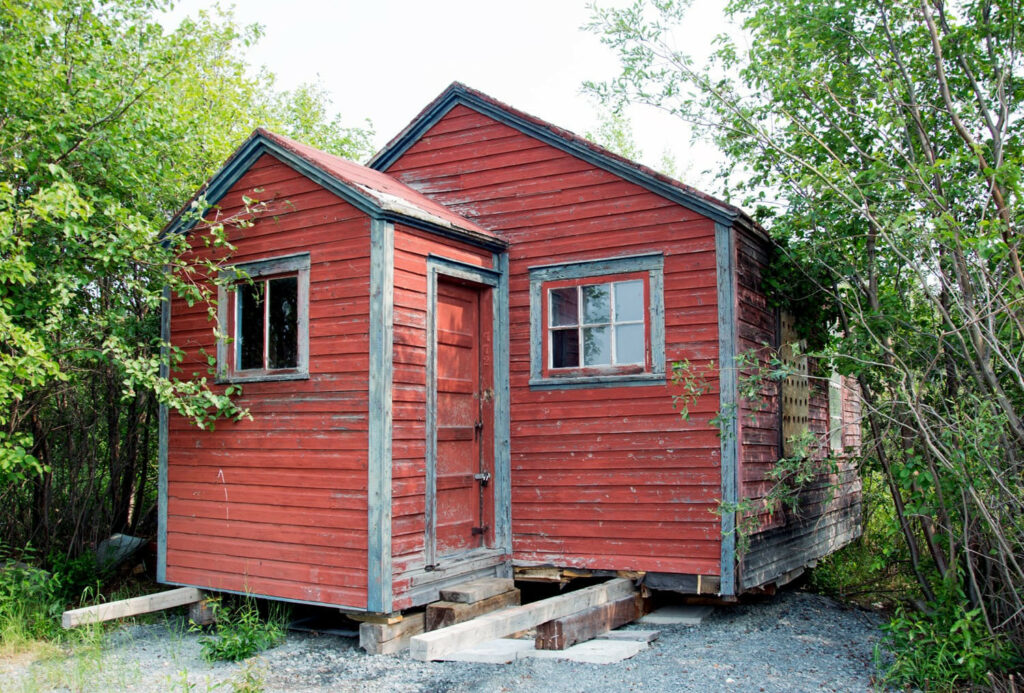 “Please arrange for building removal or Demolition before the deadline.” The Herriman shack at (roughly) 65 years of age | Photos Mark Rendell

You’d think with a well-funded heritage committee and much talk of boosting tourism, the City would go out of its way to preserve heritage buildings. Alas, this doesn’t seem to be the case, if the recent move to evict Spencer Decorby’s historic shack from City land is anything to go by.

Last Thursday, Yellowknife’s Development Appeal Board upheld an order from the City forcing Decorby to move his shack from City-owned land on Latham Island behind his property on Morrison Drive. Decorby had moved the historic building, built by pioneer miner Joe Herriman in the early 1950s, to the marshy shoreline last winter after acquiring it from a friend who wanted to demolish it. He’d been granted verbal permission from his neighbours, who pay $200 a year in City taxes for occupancy of the land along the shoreline, and he’d written to the City’s heritage committee in March of 2014, before the move: “I am fully prepared to absorb the costs of fixing it up, maintaining it, and moving it there, I just need some form of tenure to keep it there,” he told them.

On April 30 of this year, the order to evict appeared: “the City hereby orders [Decorby]… to discontinue said occupancy and use and to remove from the Lands all personal belongings, chattels and improvements placed thereon not later than 3:00 p.m. May 14, 2015.”

In their recent decision the board amended the directive, giving him until the end of February 2016 to move the building. But the removal order was upheld.

All around the shack, on the marshy shoreline of Back Bay, stand docks and various other structures that are technically illegal. So why was Decorby targeted?

According to the Nalini Naidoo, the City’s director of communications, “The City received a complaint and the building was only recently relocated there without authorization.  If we become aware of any recently established unauthorized structures we deal with them promptly. The City has a squatter policy to deal with longer standing illegal structures (i.e. squatters) which is why there are still some of these in parts of Old Town.”

Fair enough. However, the City knew about Decorby’s plan to move the shack there last spring. He wrote to the heritage committee, on which sits two councillors and two people from the City’s planning department among others, in March 2014:

“After expressing interest in the building, Mike decided to give it to me; however, he wants it removed from his property by the end of the summer. This timeline would afford me the opportunity to re-roof it, re-finish the siding and effect other repairs to the exterior this summer before it needs to be moved.

“The problem I have is that I don’t have anywhere to put it, so with that in mind I am seeking support from the Heritage Committee in assisting me with getting a license, permit or lease from the City that would allow me to locate it adjacent to my property on Morrison Drive, near the shore of Back Bay… Please advise me as to any other actions that might be required in order to meet my objective of relocating this historic building, and allowing it to be saved in doing so.”

When he spoke to the committee in May of 2014, they seemed keen to support him; they set up a new sub-committee “to act as a liaison between the Committee and the City in regards to historic buildings, to help determine the best way for the City to inform the public how to proceed with a heritage-related request, and to be a mechanism of alert for the Planning and Lands Department if old buildings are marked for demolition.”

They also tasked one of the City’s planners to “bring forward the letters from the Decorbys to the Planning and Lands Department for response.”

“Some weeks after that,” wrote Decorby in an email to Coun. Adrian Bell in April this year, “I brought the chair of the heritage committee, Mike [Vaydik] , and a Planning and Lands lady, Wenyen [Yu, the City’s manager of planning and lands], down to the building to do measurements and take photos etc. Shortly after that I met with Wenyen from Planning and Lands in her office about it.”

The shack was moved in the winter to its current location using a front-end loader to drive it across the ice. There was little further discussion until April when the City received a complaint, and ordered the building’s removal.

“You have known about this initiative to save this building for about eight months now and this is the first indication I have received from you that you might find this an unworthy initiative. I am completely taken aback and left confused,” he wrote to Yu on April 28.

In his appeal Decorby argued that he’d been given permission to place the shack there by his neighbours, the Covellos, who held a lease on the land until 1993 and continue to pay $200 a year to the City in occupancy fees. Unfortunately, the case didn’t hold legal water: even if you’re paying occupancy fees, you don’t have the legal right to sublease to someone else.

Decorby also claimed he’d consulted the Yellowknives Dene First Nation and applied for a water license with the Mackenzie Valley Land and Water Board, but as the City pointed out in its submissions to the appeal board, neither action had any real legal meaning.

The board, which met on June 11 to hear the appeal, ultimately agreed with the City’s legal position: “the Appellant ought to have known that he needed to apply for a Development Permit from the City of Yellowknife to place this structure on this land. Had he done so, he would have discovered that his neighbour did not have the authority to grant him occupancy to this land and this situation could have been avoided.”

One can’t help but feel, however, the City is using a legal pulpit to bully someone who, by all appearances, was attempting to do something worthwhile.

When he pointed out that city council had tasked administration back in October with developing a plan for some sort of waterfront tenure for the illegal docks (as an explanation of why he’d assumed the question of tenure was up in the air), Yu responded in an email: “Regarding the appropriate form of tenure project, the Council motion reads: research and bring forward info regarding licensing of docks between Lessard Drive and Otto Drive. It was not stated tenure for adjacent homeowners.”

He wrote to Yu on April 28 to explain, “the ice conditions are no longer safe for a loader to move the building from its location, and doing so over land would necessitate cutting down hundreds of trees. So moving it “as soon as possible” won’t be for some time.” Her response two days later: “Please arrange for building removal or Demolition before the deadline.”

It’s worth pointing out that on May 5, five days after the order, a truck famously fell through the ice on Pontoon Lake – so is it reasonable to assume a front-end loader carrying a house could have safely crossed the ice?

When all is said and done, the City is in the legal right on the issue. But is acting on that right reasonable and justifiable?

“I am happy to pay taxes on the water lot in front of my house where the building is — as some of my neighbours already do — just send me a bill,” Decorby wrote to Bell on April 27, 2015.

“I am disappointed with this decision as it endorses the City’s ‘shoot from the hip’ approach to dealing with the overall area, in the total absence of a real, consistent, management plan that is equitable and fair for everyone,” Decorby told EDGE. “I sincerely hope council moves to formally recognize the sub-leases before next fall’s election to finally make things right in that area.”

Perhaps what’s at stake was put best by local historian Ryan Silke, who spoke at the appeal hearing in defense of Decorby:

“We live in a city where high property values are a disincentive for owners to keep old houses standing. I can think of hundreds of examples where this has resulted in the destruction of our local history. How rare to actually find a property owner that has an interest in preserving history, and dedicating their own time and resources to make it a reality. Mr. Decorby has sought a solution to this problem and even after proactively discussing it with city officials, he still faces roadblocks.” The interior of the Herriman shack in late June, 2015: “Everything about it speaks to me. Its roll roofing. Its multipane windows. Its tongue and groove red siding. Its modest size. This is how we used to build houses 70 years ago. There is something to respect about the quaint, unassuming relic that portrays our early pioneers and how they functioned when compared to the monstrosities we build today.” – Ryan Silke 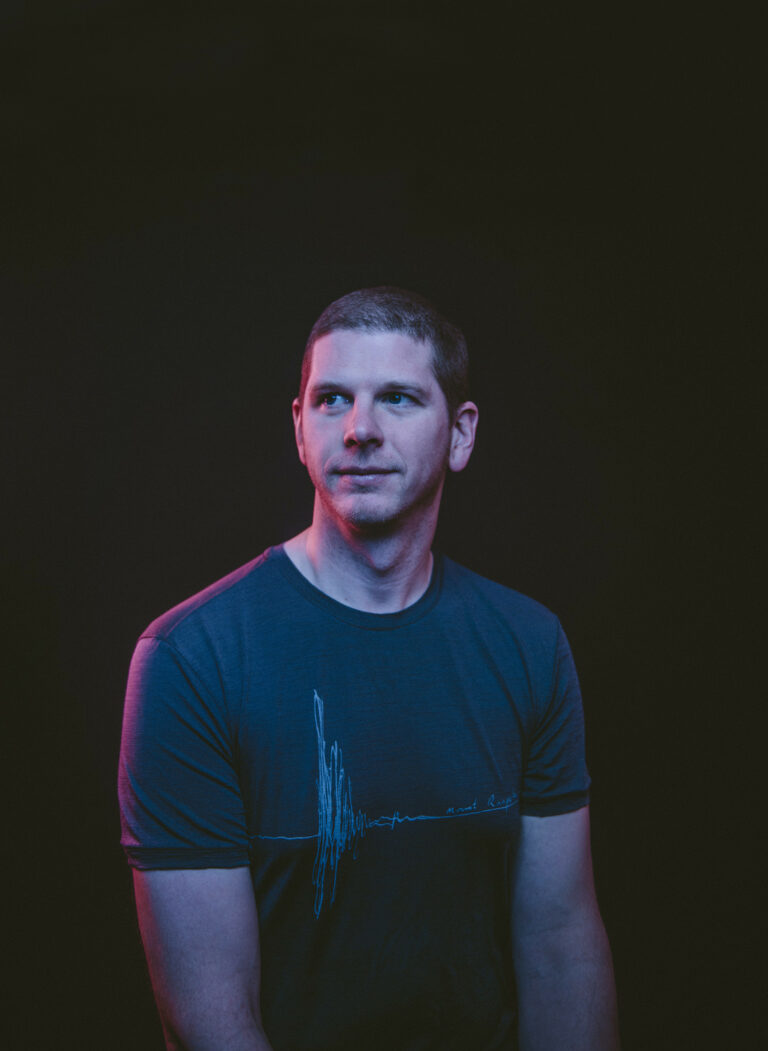