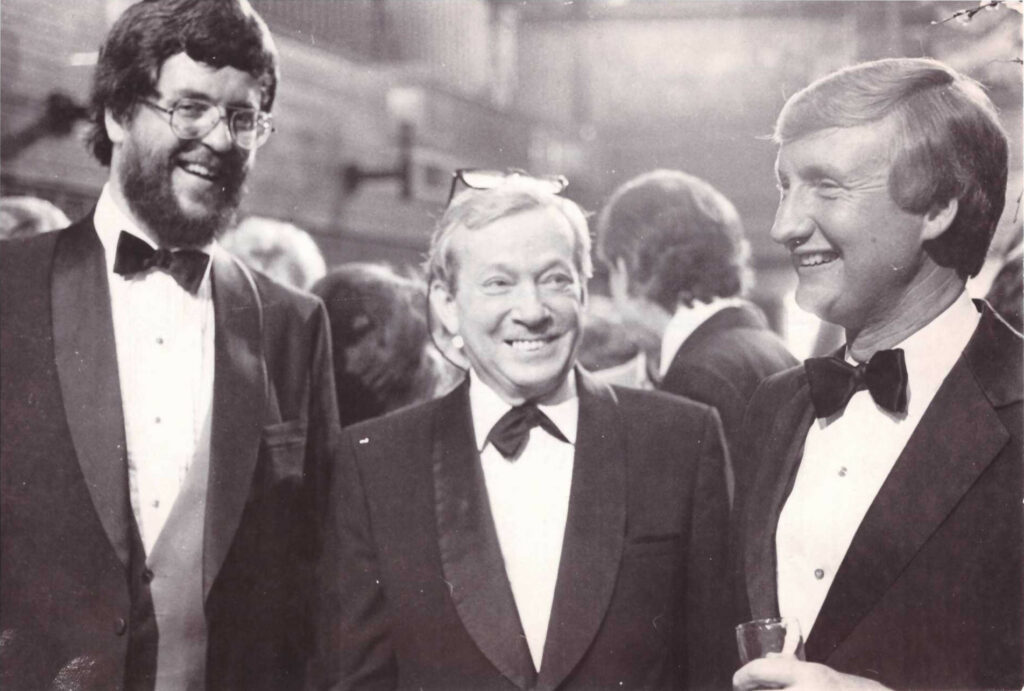 Given that you can’t even buy a Globe and Mail in Yellowknife now, it’s hard to believe that Canada’s national newspaper once cared so much about the city it undertook an extraordinary fundraising effort to help us build a theatre. The cash-strapped Northern Arts and Cultural Centre could use a deep-pocketed benefactor like that now, and is asking Yellowknifers to tap into the generosity of spirit that first brought their stage to life.

Mike puts on the charm

Thirty-one years ago, the late Michael Ballantyne, then Yellowknife’s mayor, had dinner with Globe editor-in-chief Richard Doyle and publisher Roy Megarry at the Wildcat Cafe. Speaking today, his wife Penny Ballantyne recalls that her husband went in with an engaging plan to co-opt the Globe into helping Yellowknife secure its own performing arts and cultural centre, a place that would showcase the rich and diverse Indigenous cultures of the North, as well as provide a stage for ballet, theatre, orchestras, choirs and the like.

“I think Mike really poured it on,” says Penny. “I don’t know if it’s even possible to describe what his charm offensive could be like. I’m pretty sure there was some wine consumed and I’m sure that as the evening moved on the possibilities became more and more magical, but to their credit when they got back to Toronto they completely dedicated to it.”

Full page ads, screaming  “ALL THE WORLD IS NOT A STAGE,” and “HELP US KILL MACBETH IN YELLOWKNIFE,” started popping up in the newspaper with a plea to the rest of Canada to help end Yellowknife’s ‘cultural depravity.’ Momentum grew after the Globe donated all the ad revenues from a 22-page supplement on the NWT in June 1982.

A key plank in the campaign was the sale of small, golden plates engraved with donors’ names that would attach to the armrests of the new theatre’s 313 chairs. Each plate cost $500 – a sizeable chunk of change today, even more so in the 1980s.

Dr. and Mrs. Joseph Janes, In Memory of Giovanna Marrai, Mr. and Mrs. John U. Bayly, Touchstone, Siniktarvik, Kentucky Fried Chicken… name plates of arts patrons near and far raised more than $120,000 towards the building effort.

The abandoned gymnasium at Sir John Franklin High School was leased from the territorial government for a buck a year, and William Fancott was hired to design its renovation. According to NACC, “Yellowknifers involved with the theatre initiative were so full of determination and faith to see the project carried through that the building process with Pool Construction Ltd. (PCL) began well before all of the needed funds had been raised. Countless volunteer hours were put into the project.” NACC opened its doors for an Easter production of Handel’s in 1984.

For nearly 30 years, those name plates on the red chairs were privy to thousands of performances. Two years ago, the seats were replaced during NACC’s $1.6 million renovation. The name plates, however, were removed and preserved in a framed showcase at the theatre entrance, leaving NACC with another golden opportunity to work a bit of magic with a new set of donors.

Despite inflation, Summer Meyer, NACC’s manager of communications and front of house, says you can buy a new name plate at NACC for a fraction of the cost. “We are selling them for $150,” says Meyer, “because the last time we were trying to build a theatre; now we’re trying to maintain it. But if someone wants to give more, we’ll gladly take it.”

A downturn in the economy has seen corporate sponsorships wane and funding contributions from all levels of government in decline. NACC executive and artistic director Marie Coderre says that’s left a $70,000 shortfall in this year’s million dollar operating budget.

“The biggest stress is we have to plan a year in advance,” says Coderre, who two weeks before the season opened in August suddenly learned of a $22,000 cut from the Canada Council for the Arts. “That’s not cool, but it’s the reality for not-for-profits. This year we got a few surprises. The mines couldn’t sponsor us as much as they used to.”

Coderre says it’s a challenge to generate a million dollar budget when government and corporate funds are not secured over multiple years. She walks a financial tightrope by booking acts a year in advance, including outreach performances in other NWT communities, then hoping the monies she needs to deliver that showcase come through.

NACC had to let one staffer go, scaled back in its Storytelling Festival, added two raffles to its game plan, is selling off an eclectic array of art that has accumulated in the basement, and, don’t forget, there’s that chance to get your name on a seat again.

“Did I mention seat plates make a great Christmas gift idea?” Meyer asks during an interview. (Yes, yes she did, a few times.)

Penny Ballantyne bought four plates, one for herself and her three children. When she goes to a show, she tries to book those seats.

“Often I have my granddaughter with me and it gives me a chance to talk to her about her granddad and it’s a nice, endearing way to remember. I just like the feel of sitting in those seats, it’s kind of like (Mike) is there with us and I love enjoying that legacy,” says Penny.

She’s quick to add that it wasn’t just Mike Ballantyne who made NACC a reality. A huge team of inspired Yellowknifers poured their passion into getting it done.

“I think there’s a lesson there,” she says, citing the city’s need for immediate, long-term solutions to housing the homeless as a project that needs a similarly concerted community effort. “If Yellowknifers want to get something done they can figure out how to do it and NACC is a permanent testimonial to Yellowknifers’ ‘let’s do it’ kind of spirit.”

In NACC’s case, some help from well-placed Globe and Mail brass was also fortuitous.

When Mike Ballantyne died in June 2008, Penny received emails from Doyle and Megarry, both men remembering the very clear vision her husband had had about creating a performing arts centre.

“I think the North owes a real debt to those two,” she says. 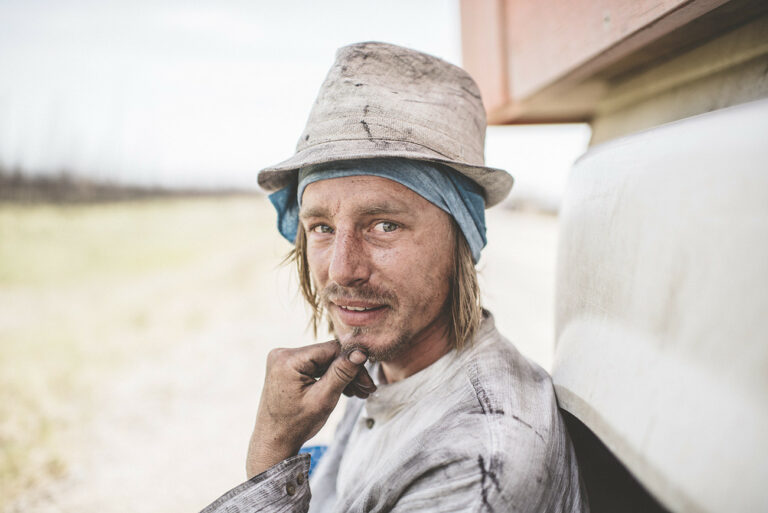