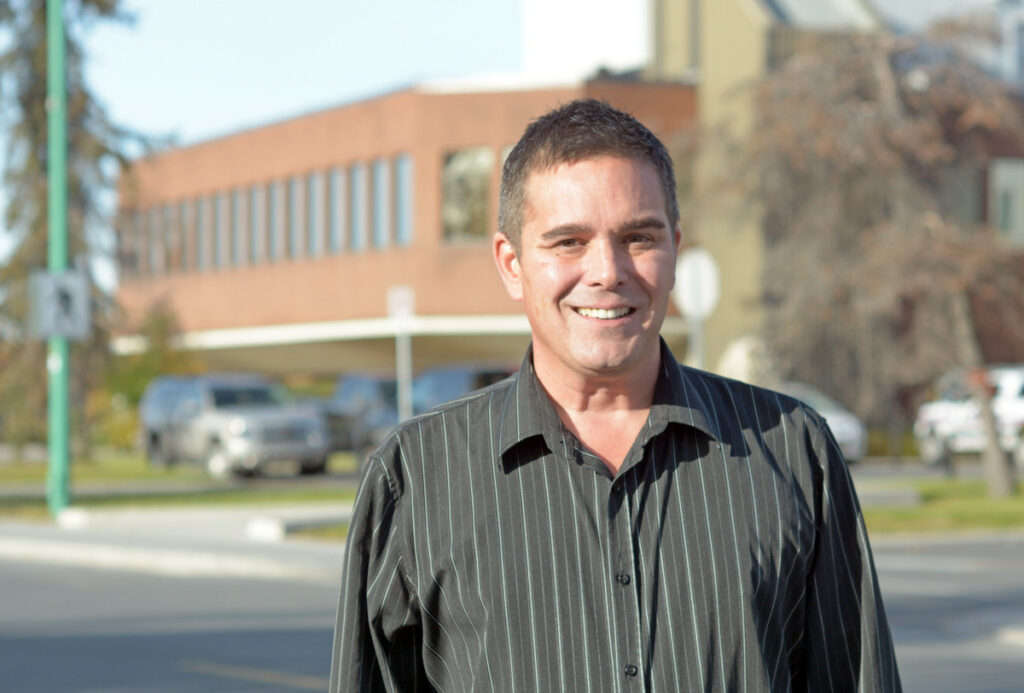 Thom Jarvis, a business lender and sometime weekend radio host on MooseFM, is running on a purse-tightening, back-to-the basics platform with certain hints of past controversy about homelessness.

“I’m very fiscally cautious,” says the 53-year-old who’s lived in Yellowknife for around 20 years in total (in the 1980s and again since 2005) and currently works as a developmental business lender for the Metis-Dene Development Fund. “The City can’t be everything to everyone…If I’m elected, I would definitely go out of my way to ensure that the focus is on core service delivery – roads,…water, sewer.”

He first considered a run at council last year after watching the 2014 property tax increases – which followed the general assessment – hit parts of Yellowknife disproportionately hard, Kam Lake most notably.

Since then he’s been thinking up a range of issues he hopes to bring to council.

The key issue for Jarvis, which he calls “800-pound gorilla in the room,” is homelessness. “It’s really hurt downtown business and it’s just so glaringly obvious it’s out of control,” he says.

“Being here in the ‘80s there was a small crew that used to hang out in front of the post office. I was gone for a decade and a half and I came back and I was literally shocked. And over the past couple of years, it’s just mushrooming. This past summer downtown was just a gong show.”

He proposes three possible steps the City could take to begin addressing the issue of homelessness. For one, the City could push the GNWT to invest in an addictions facility here in Yellowknife.

“This is the sort of thing that would fall under the GNWT health mandate, but there’s no reason we can’t start really making a serious push for this.”

Secondly, he advocates looking at bringing in or further enforcing vagrancy laws, though he wasn’t clear on what these laws would look like. Most controversially, he reiterated a plan, similar to the one espoused last election by the unsuccessful candidate Beaton Mackenzie (who’s running again this election), to send people back to their home communities when they exit the corrections system.

“An awful lot of people who are released from corrections are just released, why are these folks not being flown back home?…We’ve become a sort of repository for folks from all across the North. And there are a number of these people who are not, technically, homeless, they’re just homeless here.”

It’s “something that could be corrected very easily,” he claims.

Jarvis admits it’s likely too late to sell the 50/50 lot, though he questioned the rationale for buying it in the first place: “In general governments have always been poor developers. That’s something that’s best left to the private sector.”

Now that we have it, he suggested turning it into a multi-story parking lot.

“Parking downtown during the week has become an arduous event for everybody every morning. Far too many meters, people are parking farther and farther away, a garage downtown is an asset that could pay for itself over time and could also increase foot traffic into the mall,” he says.

Whatever happens, it should not be turned into a plaza. “This again, ties into the street people issue. Most of us who live downtown realize in very short order it will not be a usable public space. It’s throwing good money after bad, and the mall itself has not agreed to take part in this either.”

The other major issue for Jarvis is cost of living, which he says the City can address, at least in part, by lowering property taxes.

“A lot of people come from all over the place… work really hard here and a lot of time people are getting their first places. But the taxes can be shocking and they can’t really afford huge increases. Even people who may not think of it because they’re tenants renting, that’s a factor in your high rents.”

And to arrive at these lower property taxes? Well, it would mean reigning in City Hall’s ambitions and refocusing on basics.

“We are in a sort of economic downturn right now as far as the private sector’s concerned, and it might be best just to hold the course for a while.”