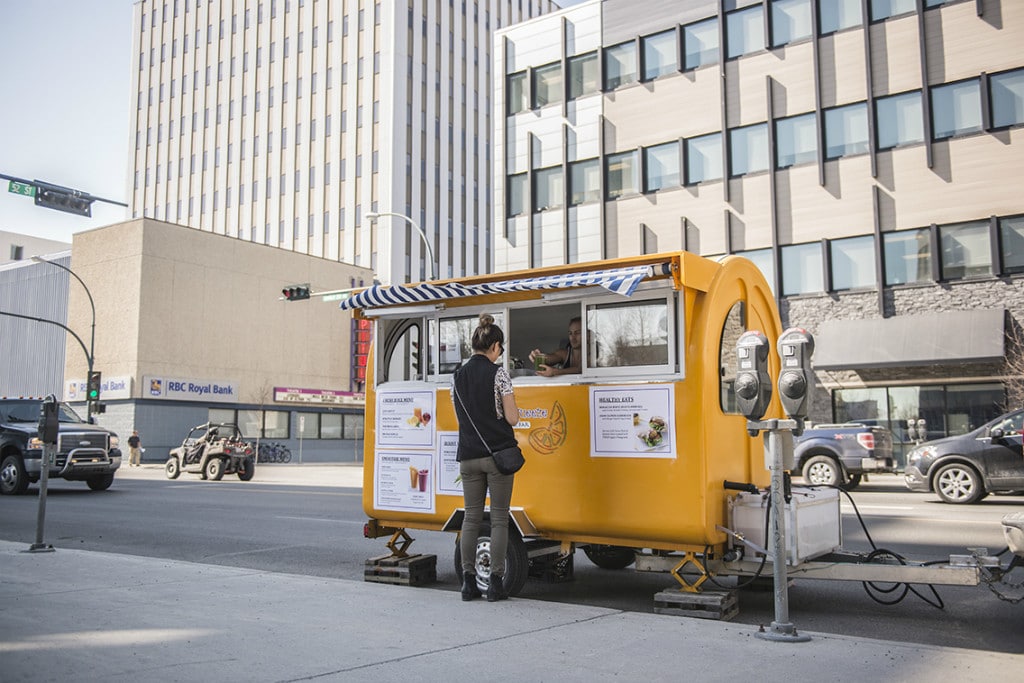 Jennifer Vornbrock, owner of the Fresh Squeeze mobile juice bar, usually found on Franklin Avenue in the downtown core, presented her concerns about the recommendations being put forward to council regarding food vendor locations. She is worried that the recommendation presented by the City that only one food vendor be permitted per block (including both sides of the street) is unrealistic. Seeing that the downtown core is essentially three city blocks, with limited parking on side streets, this leaves only three spots for food vendors in all of downtown each day, which creates an unfair market, according to Vornbrock. She recommended that these regulations be delayed until a better solution is found based on community feedback.

In reference to his upcoming report on the Northwest Territories Association of Communities’ recent AGM in Hay River, Coun. Bob Brooks wanted to highlight the work of MACA, who gathered the baseline data regarding capital infrastructure for each of the NWT’s communities. Part of a year-long review, this data provided for an analysis that found that most communities’ funding formula was insufficient to needs. These findings allowed NWTAC to lobby for changes to the funding formula to ensure community governments are adequately funded. Their resolution, a Community Funding Review, was passed unanimously by the NWTAC, allowing them to lobby all MLAs and cabinet ministers. If passed by the legislature, the needs-based funding is hoped to take effect starting in 2016.

Coun. Niels Konge was the sole dissenting voice against the 2015 Municipal Tax Levy. His concern: what he sees as an increasing discrepancy between commercial and residential tax benefits, with emerging businesses facing increasingly higher tax burdens that will discourage growth. After an extended discussion, in which the Mayor and Councillors expressed their understanding of Konge’s concern, the bylaw was passed, while further discussion of the issue was encouraged.