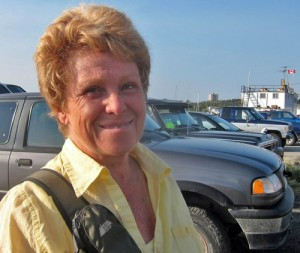 The City of Yellowknife is taking control of a key piece of its long-term plan to transform the government dock in Old Town from a crowded junkyard to a showplace, but a waterfront property owner and longtime resident have reservations.

The City announced Friday it has negotiated a long-term lease for the dock with the federal Department of Fisheries and Oceans, and Mayor Gordon Van Tighem called it a “win-win for DFO, the city and our residents.”

The lease gives the city a strategic node for public waterfront access, and provides DFO with assurance the site will be locally maintained and administered, Van Tighem said. As part of the lease arrangement, DFO will complete environmental remediation of the dock before the city takes over.

This environmental work is scheduled to be completed next month and any “residents and businesses who have property stored on the site should remove it as soon as possible,” Van Tighem said. The City will post notices on stored goods September 4, and any property remaining after September 20 will be removed at the owner’s expense, he said.

Once the dock is cleared, the city will meet with adjacent land owners to establish “a public access node with regulated parking and mooring, and open space for the use by citizens and tourists,” the mayor said.

Improved public access to a waterfront that has been largely fenced off by private owners and illegal squatters was one of the key recommendations in a $400,000 harbour redevelopment study completed last year.

Yellowknife architect Wayne Guy welcomed the move to improve public access, but said the City must consult with all stakeholders on any future development to enhance the waterfront.

With the notable exception of Somba K’e Civic Plaza in front of City Hall, Guy said the City’s efforts to create public spaces “have been sterile and under-utilized.”

The current plan delegates harbour management to a City Hall department. Guy disagrees with that plan and said all stakeholders – the federal government, Yellowknives Dene, property owners and users – should be represented. Penelope Shaw, an Old Town resident for more than 20 years and an enthusiastic supporter of the City’s plan for the harbour, welcomed the announcement, but remains skeptical of the City’s will to take action.

“The City hasn’t cleared the junked canoes and cars from the land it already has on the waterfront,” Shaw said, pointing to a crowded lot adjacent to the government dock where a barge and dredge have moored rent-free for three years.

“The City had control of the dock before this; it posted all the junk vehicles and threatened to tow them, but nothing ever happened. Is the same City that has done nothing for years suddenly going to move?”

Moreover, said Shaw, the City backed away last month from a confrontation with residents who are encroaching on waterfront where the city wants to build a walkway and floatplane dock as part of the harbour redevelopment plan.

“The city has defaulted; the harbor plan has been stopped by a few bleating people who have expanded onto commissioners land and feel that public land should not be used by the public.”