Starting next year new parents across the NWT will be receiving iPads funded in part by oil company Chevron, but not all MLAs are happy about the move.

Three hundred iPads were purchased by the department of Education, Culture and Employment earlier this year; Chevron is set to kick in a chunk of money to help cover costs, though the agreement hasn’t been finalized.

A pilot project involving 100 iPads will roll out next year – it’s still unclear which communities will be involved.

ECE deputy minister Gabriela Eggenhofer refused to say what company the GNWT is working with. However, Chevron’s involvement was confirmed by company spokesperson Leif Sollid.

The tablet idea came from consultation with parents and experts across the territory, said Eggenhofer.

“In order to invest in early childhood you need to supply assistance and support to parents,” she said, adding tablets engage people unlikely to wade through books and pamphlets.

“We should get with the century and look at who our parents actually are,” she said.

The devices will be loaded with health information and educational tools, she said.

It’s also a way to connect new parents with health and education professionals, she said. When they pick up their iPads from community workers, “it will break the ice and establish a trust relationship.”

The question of an oil company sponsoring equipment distributed by the GNWT is not without controversy.

In a June 3 meeting of the legislative assembly, MLA Bob Bromley introduced an unsuccessful motion to overturn the program.

“How appropriate is it for government to partner with large corporations, especially oil corporations and so on in dealing with our youngest?” he asked.

He expressed concern about branding on the device and the negative effects iPads may have if they become toys for kids rather than tools for parents.

“There’s no question it’s going to end up in the kid’s hands,” he said. “What we really need is interaction with parents, yet we’re relying more and more on cheap and remote tools.”

For MLA Wendy Bisaro the issue was why the GNWT is seeking corporate sponsorship rather than paying its own way.

It would have been great if taxpayers could have paid for the program, said Eggenhofer. But the decision to buy tablets added a huge cost to ECE’s Early Childhood Development strategy.

Besides, she added, Chevron has no control over what goes on the device and the branding will be minimal – a Chevron logo will appear on the back of the iPad alongside the GNWT and apple logos.

Corporate sponsorship of government programs is not new. Sporting events like the Arctic Winter Games abound with corporate branding. And there are programs like De Beers’ Books in Homes, where the diamond company gives away thousands of books to schools and families.

The territories’ history of corporate sponsorship did not, however, convince everyone.

“I appreciate partnerships to get events done,” she said. “But if we have to start canvassing corporate partners or corporations to get funding to run our programs and services, I think we are headed down a very difficult road and a very dangerous road.” 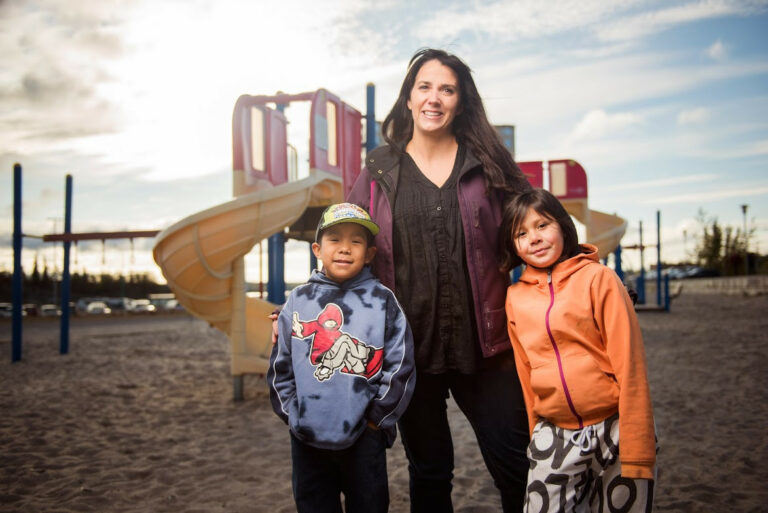 Yellowknifers Transforming the City, One Street at a Time