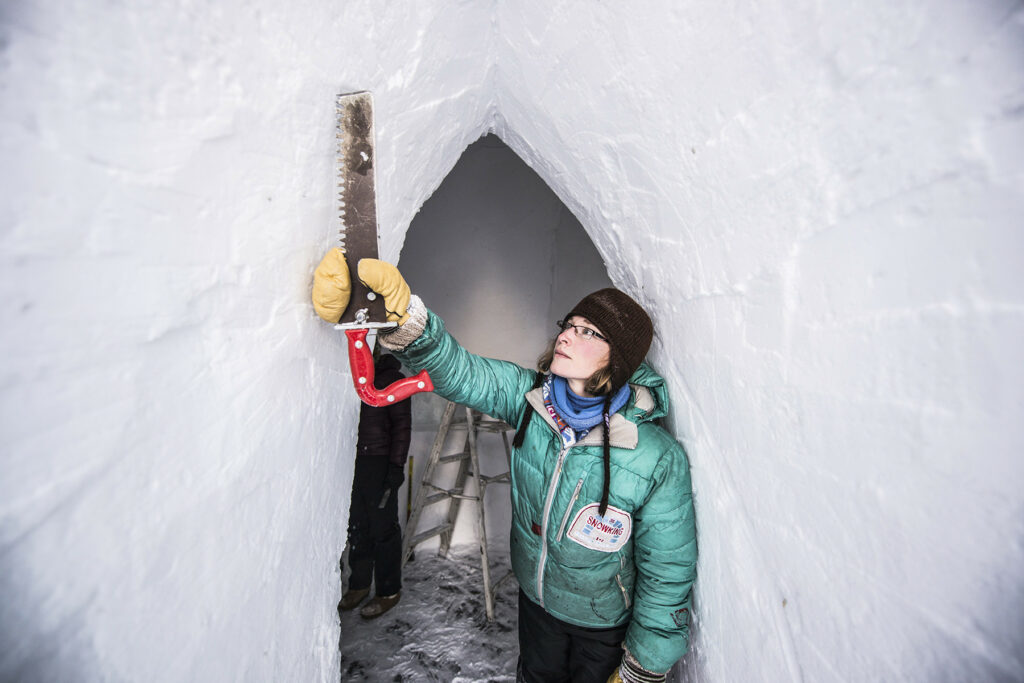 Everything feels different once the castle has been closed in. There is still no roof, so the mid-February afternoon sun streams in from above, but the main chamber is still a hushed, quiet place. It’s a weekday, and outside, the Snowking, Joe Snow, Professor Chill and Baron von Blizzard are in a swarm of intense activity, finishing another pour. Volunteer Tricia, who we met a couple of installments ago, is fulfilling her dream of being in the box, up there with PatrICE, getting blasted with snow. It’s hard to tell, what with all the white stuff billowing in the air, if it’s everything she’d hoped it would be.

Inside the castle walls though, it’s just the Avalanche Kid and Snowbird, finishing work on the audience seating area. The Kid is shaving and sanding down some ice blocks, while Snowbird is doing some mural work. Across, next to the chapel (where two of the crew members are due to get married — not to each other, mind you — during the festival) is the mainstage, with some amazing carving work on its back wall. Wow, I say. Who did that?

Myka Jones, aka Lady Icicle is, in some ways, the final piece in the puzzle that is today’s Snow Castle project. A graphic designer by trade. with a background in painting and illustration, she showed up about five years ago, shortly after moving to town, and blew the Snowking away with her sculpting and detail work. “Right away I realized, ‘Oh, I’ve got skills that transfer here.’ I have a history in art and design, but I really hadn’t done much sculpting before, so it was a bit new to me. One of the first more creative jobs Tony gave me was to decorate a frieze on the top section of the wall, so this big triangle, and he said ‘Oh I don’t know, put a snowman or something.’ And of course I didn’t really stop at that.”

“Once I started, it was a very intuitive process for me. It just became fun composing these pictures and images and scenes in the snow, and it was a really enjoyable process.  loved being outdoors and physically working. The crew was very supportive and appreciative of the work.”

Since then, according to the Snowking, Lady Icicle has been one of the key factors in the castle’s evolution from what he describes as “utilitarian,” barn-like buildings, into structures marked by whimsy, imagination and creativity. When she’s asked about her role in the development of the castle, she’s a bit bashful, but clearly proud. Has she herself noted the change?

“It’s hard to say, because I didn’t know it before I started there. I’ve seen a few photos, and it’s changed so dramatically over the years. But yeah, perhaps, after I got involved and started sort of experimenting with my own interests, it maybe encouraged other people on the crew to start experimenting as well in different ways that they may never have thought of before, and, y’know, you start branching out and looking at what other cutting-edge snow castles are doing around the world. There aren’t many of them, but it’s nice to check in every once and a while. I don’t know. It would be very flattering to think that I helped other crew members get inspired and open themselves up to new methods and techniques.”

These days, with a full-time job, Lady Icicle is at the castle on the weekends only. But that hasn’t lessened her connection to the project at all.

“It’s great, because I’ve been able to establish a small crew of carvers who do an incredible job. So we’re able to get more done with a bigger crew. I hope to help those people develop their skills as well, and to strengthen our crew and community and, of course, I want to keep pushing my own artistic boundaries. The festival is really open to that, and it’s great to have a place to play with snow and ice and ideas.”

Tricia and PatrICE in The Pour from EDGE YK on Vimeo. 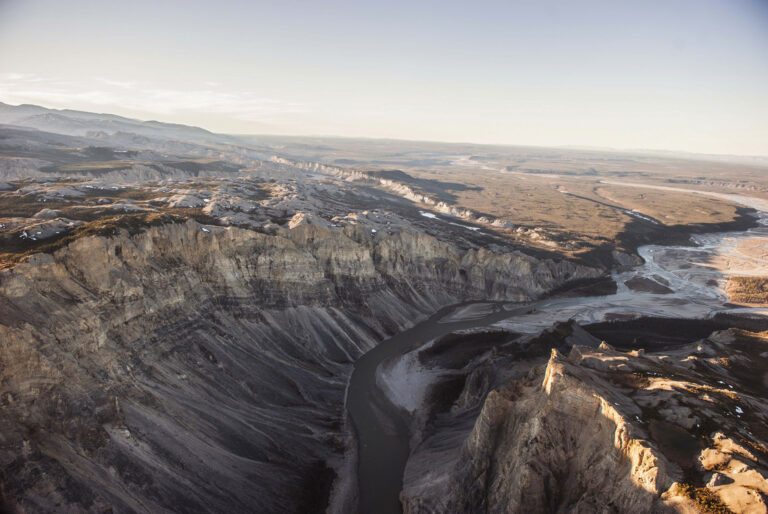 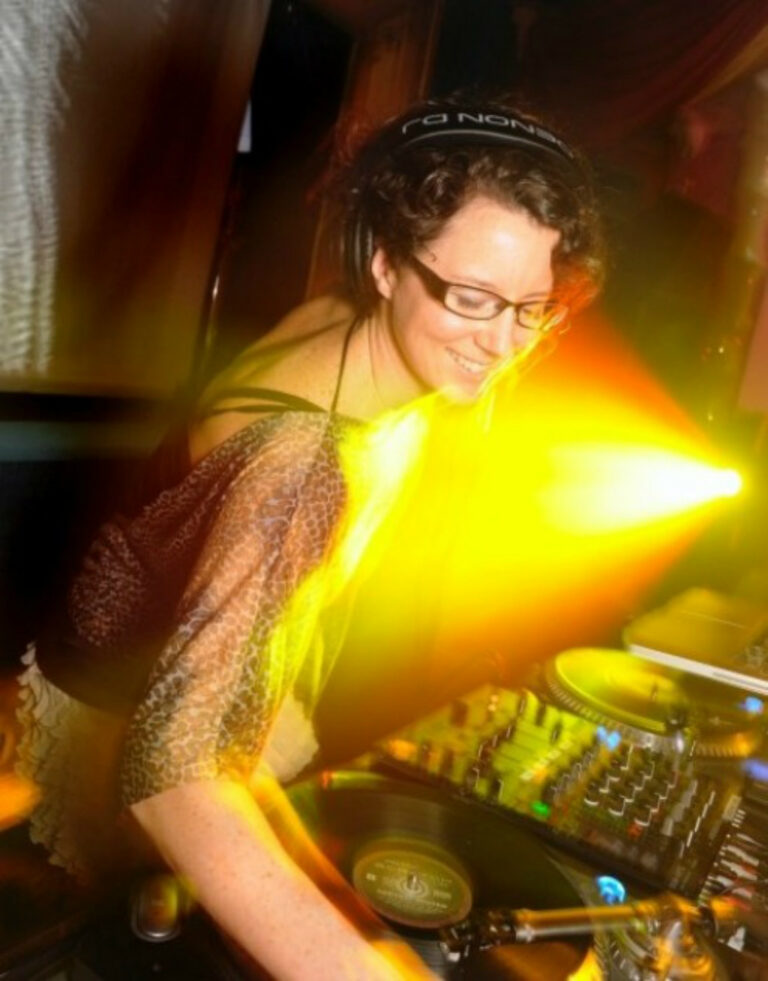