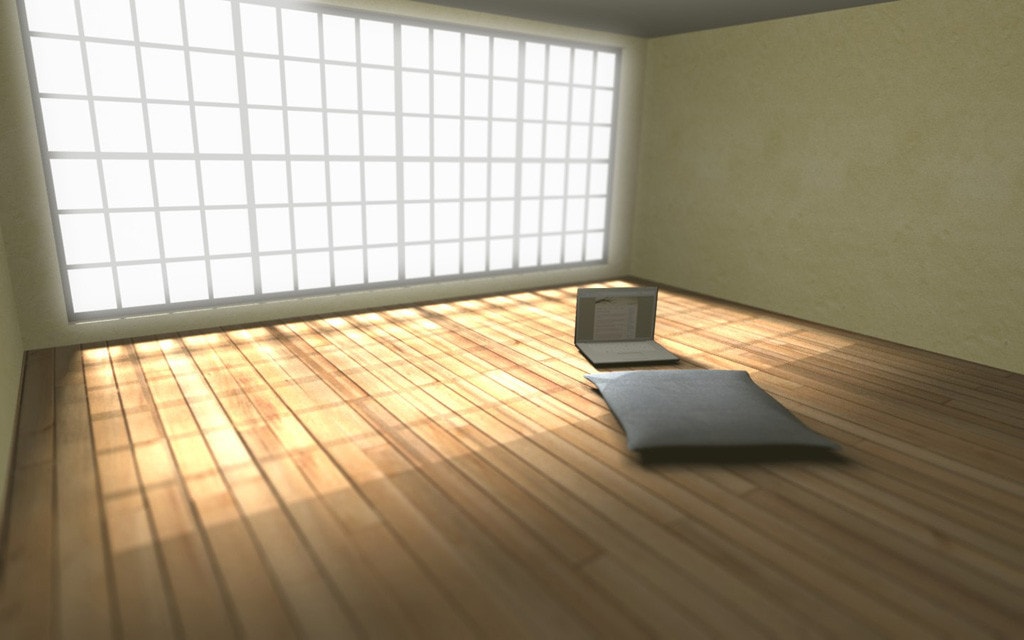 The moment I woke up and realized I was living in a shoebox surrounded by the detritus of my nearly-40-some years on this planet was my window into enlightenment. Yes, I am that person: the packrat, the collector, the scavenger, the clutter-bug. If there’s a surface, I’m covering it with stuff. I’ll stop short of calling myself a hoarder because I can still walk from my bed to my bathroom. But if the first step in overcoming addiction is acknowledging the problem, I am screaming at the top of my lungs: “I have too much crap and it’s hard to part with it!!”

How did this happen? And, more importantly, what’s the next step in attaining the minimalist lifestyle I admire on blogs and Pinterest boards? You know — those white, sparse rooms with a couple of plants and no clothes hanging on chairs or broken radios and pottery pieces littering the counters. I want that, damnit. Now.

How Did I Get Here?

Let’s say I have some research interests that encourage me to acquire things. Take music, for instance.  From an early age, I worked to support my music addiction. Babysitting, paper routes, restaurant jobs gave me disposable income to blow on records. Later, I would pick up music t-shirts, magazines, books — anything and everything about my favourite bands. I have the makings of a museum or library.

For years, I’ve been moving from town to town and leaving boxes of stuff behind wherever I go. There’s the crates of cassette tapes (some extremely rare recordings of obscure New Brunswick punk bands in there!) and rock t-shirts at my parents’ place. Every once in a while, my mother threatens to throw stuff out and I plead with her to hold onto that Dinosaur Jr. t-shirt for one more year. I promise I’ll sort through it when I’m back for a visit. And every year, I pull out the stuff, get overwhelmed and shove it back into the closet.

Then there’s the boxes of stuff left at my ex-boyfriend’s place in Nova Scotia. And the boxes of stuff at my brother’s place in Dartmouth. It’s not all music. There’s broken cameras, my art projects and materials, souvenirs from trips, and every card and letter I’ve received since I was 16. In Yellowknife, I live in what you might call a tiny house (roughly 450 square feet), and I’m continually amazed how my possessions wildly propagate as I sleep. In short, I’m slowly being buried by years of collecting stuff, to the point it’s distracting me from the things I want to focus on like writing, learning a musical instrument, starting and completing art pieces — essentially anything that requires a clean desk and mental space.

Blame it on Yellowknife

Living in Yellowknife doesn’t help. This is a town with a historical clutter aesthetic, visible in any early photos of the town, and in many contemporary households. It’s a mix of who we are and where we are: quirkily practical Northerners living in a remote area where throwing things away is a complicated process, and where one person’s trash might be something another person can fix right up and use to survive. And there’s something about our often harsh environment that makes clutter feel downright cosy.

Plus, serious and bulky winter gear is essential. The cold season is long so several parkas are required to mix it up (or is this just me?). The longer I stay, the more I justify acquiring tools and toys to make the most of living here. Camping gear, a couple sets of skis, a canoe, a small motor boat, koozies to keep my beer from freezing. When does it stop?

According to Joshua Fields Millburn and Ryan Nicodemus, also known as The Minimalists, your material possessions are a physical manifestation of what’s going on inside you. A lot of external clutter is a sign of some sort of internal congestion.

This basic idea has become the biggest motivating factor in attempting to clear my house of unused and unnecessary things. And yet, something keeps me from letting go of my possessions.

Sue Wollner, proprietor of Sue’s Clean and Tidy, a Yellowknife cleaning business, has given this problem of things (and our inability to let them go) a lot of thought.

For Sue, it comes down to the amount of time you’re willing to spend on possessing stuff.

“Everything you bring into your house, at some point in its life, needs your time and attention:  it needs a place to live, it needs to be put away after use, if used it may need to be cleaned or washed, perhaps mended or fixed, or just to be properly disposed of.

We acquire and have more things than we have time to tend to.”

And yet Sue will admit to being a bit of a pack-rat herself.

“I know the pain; I know why it’s hard for people to deal with their stuff so I have some experience.”

Sue shrugs. “I can’t do it for you and just clean up the stuff. There’s a lot of thought and effort involved in figuring out why you have these things and what you want to do with them. Not very many people are willing or ready to do that.”

She’s right — in the end, we are all individually responsible for own habits and, in turn, for figuring out how to change our habits.

When I look at my own cluttered house, I wonder how my seemingly harmless stops at the flea market, leaving with a small treasure of some kind, are keeping me from my goal of living a more minimal lifestyle.

In The Life-Changing Magic of Tidying Up — The Japanese Art of Decluttering and Organizing, cleaning consultant Marie Kondo says you should only keep what brings you joy. To do this, you have to touch every single thing you own. Get all those clothes out and touch every item and ask yourself, “Does this bring me joy?” If not, out it goes. You do that with every single item you own, breaking your stuff down categorically — item by item. Clothes, books, records, tools, dishes: all undergo the same evaluation by touch.

Kondo moves you through the things that you probably have less attachment to and builds you up to dealing with the hard stuff — the sentimental objects. By the time you arrive here, you’ve built up the muscle to let go of things you don’t need.

Letters and mementos from an old lover? Kondo instructs to throw them out and move on.

While Sue Wollner (who lent me her copy of Kondo’s book) subscribes to some of Kondo’s organizational techniques, she’s skeptical of throwing out letters — and photographs, especially from loved ones who have died.

The Minimalists recommend scanning photos and sentimental papers and keeping them all on a hard-drive, then pitching out the originals.

A friend commented: “When I’m 80, I’m going to read those old love letters and remember people loved me.”

Like Sue, I tend to hold onto the past through some of the objects I have. I will never use most of the fine china that belonged to my grandmother, but letting go of them is like having an arm amputated.

These are all hard decisions that I plan on making some time for this spring. As the last of the snow melts and the ice breaks up in the bay, I’ll be at the dump dropping stuff off at the salvage area.

And if you see me shoving some ‘treasures’ into the back of my 1992 Toyota Corolla station wagon, please stop me — unless it’s a really amazing album or something like that.