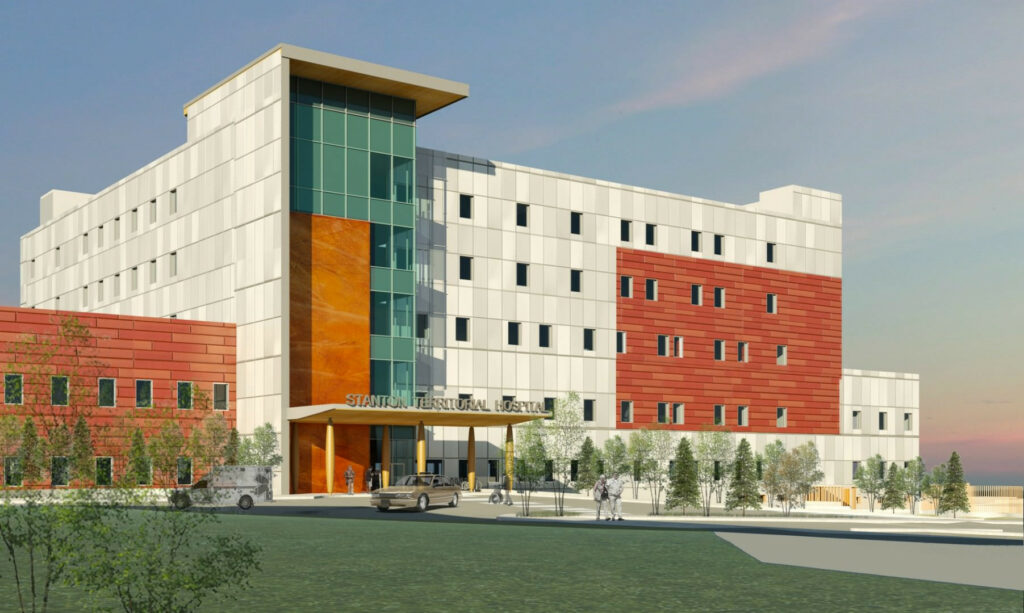 Last Thursday, the public got its first glimpse of the shiny new Stanton Hospital, set to cost the GNWT $751 million to build and then run for the next 30 years. Nearly twice the size of the current hospital and built to the very latest hospital design standards, the project, which is being undertaken as a public-private partnership between the GNWT and a conglomerate of companies going under the moniker Boreal Health Partnership, is the largest capital project in the NWT’s history.

Still, behind the number of new inpatient rooms, expanded psychiatric ward, better infection control, and so on, a number of unanswered and fundamental questions seem to linger. What exactly is behind that $751 million number? Why not renovate the old building? Will the cost increase over the 30-year life of the project? Why did we go with the often-criticized P3 model instead of a publicly funded traditional build?

EDGE spoke to several high-ranking bureaucrats, in hopes of getting a handle on some of the numbers and figuring out the GNWT’s rationale for the route they’ve taken.  With much of the cost analyses still unavailable to the public, we have to take their answers at face value more than we’d like. That said, here is their explanation of why things are proceeding as they are:

First things first: How did we get to the $751 million price tag?

According to the contract with BHP, the GNWT is putting $152 million towards up-front capital costs. BHP is putting $148 million towards construction, and assuming the risks associated with cost overruns or design faults. “There is also $50 million put aside for construction that includes things like management costs, purchase of clinical information systems, and a contingency,” according to senior cabinet communications advisor Andrew Livingstone.

Once construction is complete, by late 2018 according to the schedule, the GNWT will begin paying back BHP for their capital contribution in monthly installments. BHP will be also be in charge of operating non-medical aspects of the hospital, as well as building maintenance, for 30 years. The combination of debt repayment and and payment for O&M services will cost the GNWT $18 million a year to start.

Had the government chosen the traditional model, the cost would have been $1.043 billion rather than $751 million, it says.

“Part of these payments will be indexed, against the consumer price index (CPI), and will increase over the lifespan of the repayment. We expect the payment to average out at $21 million over the 30-year period,” says Livingstone.

Why did the government decide to go with the P3 method?

As a proportion of the territory’s workforce, the GNWT may seem like a hulk. But in the grand scheme of things, the territory’s public service, and its fiscal capacity, is relatively small when looking at a monster project like the Stanton Renewal.

“A project of this complexity, maybe not so much the size, it would have stretched our resources significantly,” says Sandy Kalgutkar, deputy secretary of the GNWT’s Financial Management Board. “If we’d done it under the traditional approach [i.e. paying all the upfront costs with public money] it would have taken so many other resources, not only human resources, but other funding resources to dedicate to that project, that would have come at the expense of other projects.”

Moreover, “Hospitals are specialized, they’re not like office buildings or schools,” says Mike Burns, the assistant deputy minister of Public Works. “We would have had to go to the market and find that expertise and hire them and build a team that would survive the life of the project, say five years, and then dismantle that team… We just don’t do enough hospitals. If we were in Ontario, and you’re doing more than one hospital a year, you probably would have your own team or expertise to manage that. But even in Ontario they use a P3 approach in many cases for hospitals.”

Then there’s the simple reality of fiscal constraint. According to the GNWT’s fiscal policy, half the cost of any non-P3 capital project has to be funded from the government’s operational surpluses, which are small relative to the cost of a hospital build or major retrofit, and shrinking. Going the P3 route allowed them to skirt these funding rules. On top of that, the ability to fund a project this size through government debt is limited: by 2019, the GNWT’s long-term debt is forecast to grow to over $1 billion, leaving only $300 million of wiggle room before hitting the $1.3 billion borrowing cap.

So was it P3 or nothing?

“I would probably have to say yes,” says Kalgutkar.

But is there still value for money?

According to Kalgutkar and Burns, the answer is yes.

“It had to produce value for money at the end of the day. It would not have been at any cost that we would have done a P3,” says Burns.

Had the government chosen the traditional model, the cost of construction, then operations and maintenance over the 30-year lifespan of the project would have been $1.043 billion, says Kalgutkar, as opposed to the $751 million it is projected to cost under the private-public partnership.

“The biggest savings are on the operations side,” he says, estimating that, had the GWNT been soley responsible for it, over the 30-year lifespan operations and maintenance alone would have cost $800 million. “Because Carillion [one of the BHP partner companies] is an international company, you’re leveraging some of their buying power, they’re running a cheaper building, they’re also taking on some of the design and construction risks the GNWT would normally inherit under a design build.”

Why not renovate the old building?

Two of the three groups that bid on the contract submitted proposals to renovate the old building, as well as expand inpatient spaces with a new tower. But in the end, the GNWT went with the proposal suggesting a completely new building.

“It wasn’t a conscious choice to say we wanted a new build or we wanted a renovation or expansion. At the end of the day, the proposal that created the best value for government over the 30-year life of the agreement is what really counted,” says Burns. “This is a brand-new building built to today’s standards for healthcare but also energy and building performance and maintenance, so overall lifecycle costs would be lower at the end of the day.”

A new build also means less disruption to patient services during the construction phase, he argues.

Can the price go up?

One of the big fears surrounding P3 projects is that private companies will seek to maximize profit by driving up the cost once the project has commenced. This won’t happen with Stanton, argue Kalgutkar and Burns, because the project is being undertaken with a fixed-price contract.

Essentially, the contract states that unless the GNWT changes the design specifications in a way that significantly impacts construction, operations or maintenance costs, the $750 million price tag won’t increase. The contract transfers most of the risks surrounding construction and operations to BHP, so the company rather than the government will have to absorb cost overruns.

The contract is also structured so that if BHP doesn’t hold up its side of the bargain when it comes to operations and maintenance levels, the GNWT can reduce its payments to the company.

“Every room in the building will have an availability estimate on it, so if an OR or an inpatient room or an examination room is out of service for any reason that’s within [BHP’s] control, it affects what they get paid,” says Burns. “So there’s a high incentive to build high-quality buildings and provide high-quality maintenance, because they can’t take the risk with their lenders and investors of not receiving the payments they’re entitled to receive over time.”

Will the GNWT benefit from the old hospital building?

After the new build, the old hospital building will be run by a company called Ventura Stanton Inc. The GNWT retains ownership of the building, but Ventura will cover all costs associated with renovating the building, marketing the space and managing tenants: “We’re not putting GNWT funds into the old build, so they’re incurring all that risk,” says Burns.

The GNWT won’t receive rent from Ventura, but they will get a share of the rental revenue generated “over and above the rate of return on their investment.” 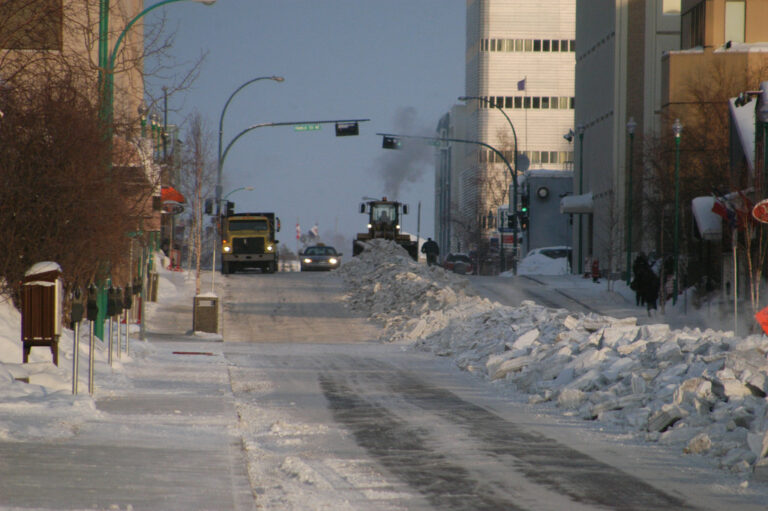 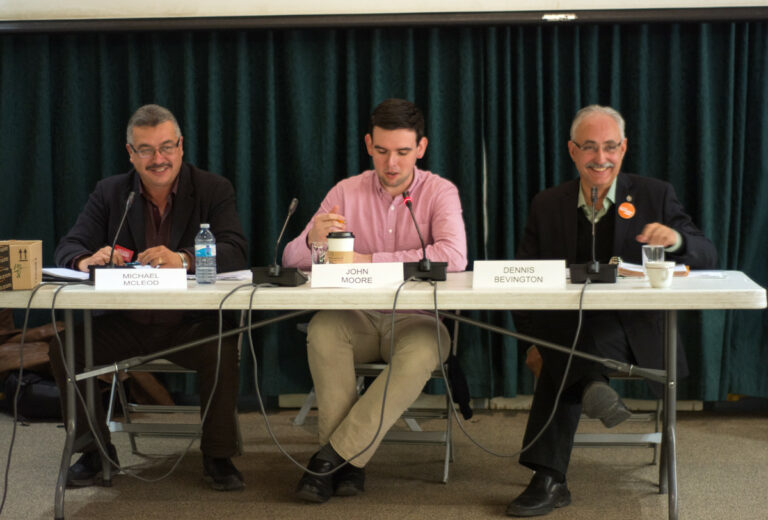