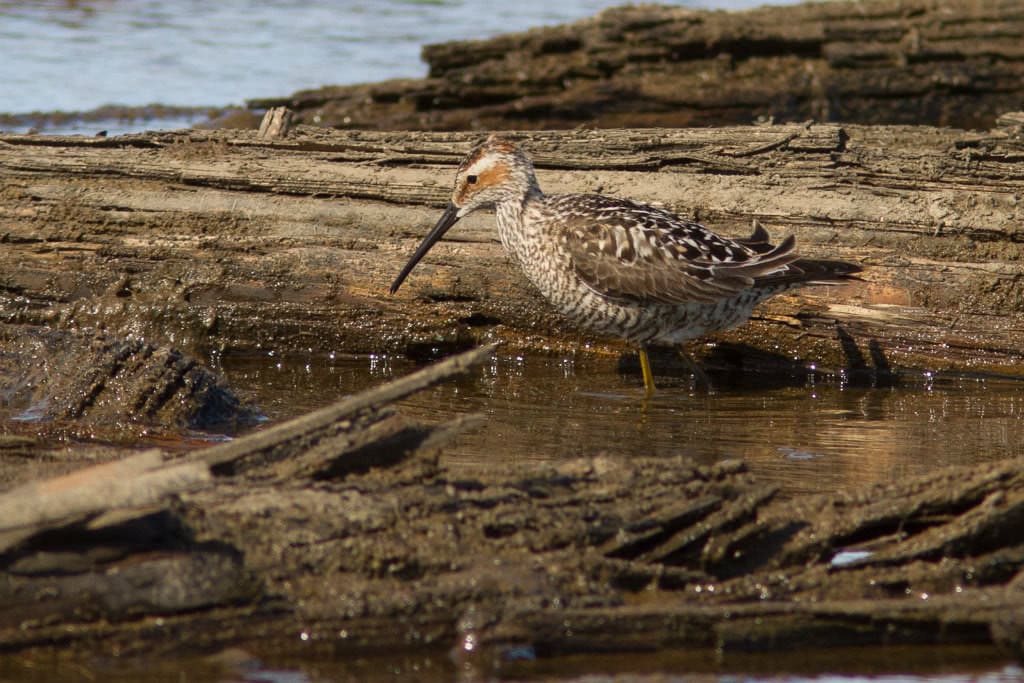 Migratory birds, such as this Stilt Sandpiper, are being particularly hard hit

Yesterday, the NWT made national news when one of our lakes, near Fort McPherson, broke through the melting earthen levee holding it in and gushed out over a cliff into the valley below.

The lake has been teetering on the brink for quite some time, as its permafrost banks have slowly melted or been eroded away. Yesterday’s deluge was just a dramatic demonstration of how our landscape is being altered in both subtle and overt ways.

Last month, EDGE acquired a draft of the GNWT’s State of the Environment Report Highlights 2016, the first report of its kind done since 2011. Although the report is still a work in progress, the picture it paints is, unsurprisingly, grim. Much of what it outlines is already common knowledge. But it provides a compelling high-level snapshot of the territory’s environmental current health:

If this winter seems surprisingly warm so far, it’s because it’s part of a larger trend.

“The Arctic is warming very rapidly,” the report notes. “In the NWT, warming temperatures are most notable in winter. In forested NWT, springs were wetter than normal for about twenty years, and then have been much drier for the past five years. In 2013, we experienced a winter with the least snow, and the driest fall and spring on record.”

This warming has broad implications on both land and sea: “Arctic sea ice cover continues to shrink and ocean levels in the Beaufort Sea are expected to increase by up to one metre in a hundred years.”

“Permafrost is degrading and this is altering our terrestrial and aquatic ecosystems. In northern NWT, where permafrost is ice-rich, melt is creating slumps: these are nutrient-rich disturbed areas that favour the growth of shrubs and change water quality downstream. In forested NWT, the active layer, the top layer of soil that thaws each summer, is increasing in thickness and staying unfrozen longer each year.”

However, the report does note, “these changes are not happening at a constant rate. Natural fluctuations, like the present El Niño event, can amplify the effects of climate change in the NWT.  Some years, changes can be fast or unpredictable.”

The changing climate is putting pressure on a number of Northern species, including 42 that are at risk of disappearing.

“Warmer winters may allow some insect pests, parasite species, competitors, and diseases already established in southern Canada to move and survive farther north. This could lead to declines in northern species, especially if they have little natural defence against these new threats,” says the report.

“Examples of these new threats already in the NWT include winter ticks in moose and mountain pine beetles. New threats expected to move north in the next decades include white-nose syndrome in bats. In addition, some parasites and diseases that are already present in northern ecosystems but have caused little harm will have larger impacts on northern populations because of the cumulative effects of other stresses such as drought, disturbance, and habitat loss.”

This may be being caused by increasing  “ecological mismatch” – “a mismatch between the timing of food availability (e.g., insect emergence) and the timing of arrival and breeding in migratory species, such as some birds. When this mismatch occurs over many years, it leads to population declines.”

Large mammals, like polar bears and caribou are respectively being effected by rapid sea ice melting and increased “habitat fragmentation,” where “roads and other linear disturbances (seismic lines)… help predators move around and increase predation.”

For the Caribou, “declining and small herds are not as resilient to hunting, disturbances, habitat changes, and other threats, so it is important that overall management goals are to decrease the impact of human activities on the species to allow for the conservation of these herds for future generations.”

In the ocean, there is evidence that the global increase in CO2 in the atmosphere is leading to “strong acidification of the Beaufort Sea.”

“This will negatively impact important marine organisms like molluscs, which need low acidity to build shells.

“Other interrelated changes include rise in sea levels, rapid reduction in multi-year ice replaced by thinner ice that is more responsive to winds and breaks apart, periods of very high salinity at the ocean bottom and declining salinity at the surface, and changes in seasonal mixing of water resulting in changes in the food web. The Beaufort Sea’s ecosystem is changing in complex ways, ultimately affecting fish and marine mammals important to NWT’s coastal communities.”

The changing climate is affecting water flows and water quality.

“Fall 2013 was the third driest on record and winter 2013-14 received the least amount of snow on record. The following seasons remained relatively dry, causing drought conditions with low water levels in Great Slave Lake and other aquatic systems.”

At the same time water levels are down, water flows during the winter have noticeably increased, which is not necessarily a bad thing: “The flow of water is a vital part of many ecosystems, especially in northern rivers where winter flow can be very low but is crucial for overwintering fish, providing water temperature and dissolved oxygen levels sufficient for fish survival.”

However, water flow in the spring has seen a reduction. This is leading to a change in the amount of sediment travelling through rivers at different times of year. The report takes special note of the Slave River, where “because the flow regime has changed… the total amount of sediment load it carries today has tripled during winter and has been reduced by almost half during the open-water season.”

What’s flowing into our rivers is also changing substantially. The concentration of “major ions,” such as calcium, sodium, potassium, and magnesium that occur naturally in water, has been increasing in rivers running through the Taiga Shield.

“These changes suggest that water running off the landscape is spending more time in contact with surface materials than in the past.  Numerous factors may be at play: such as changes in the timing and amount of seasonal precipitation, and a longer duration of seasons when the ground remains unfrozen.”

The changing climate will also have a large affect on our economy, the report notes.

“Warmer winters result in uncertainties in ice road use and permafrost melt results in increased transportation expenditure… [And ]recent drought conditions have resulted in low water levels that are straining our capacity to use an important ecosystem service: to generate enough electricity for our current needs and to transport essential goods to communities along the Mackenzie River.”

What’s to be done?

The report does not go into specifics about how to respond to the changing climate, though notes that plans to expand the conservation areas in the territory – currently covering “188,200 km2 of land (including fresh water), or 13.8% of the NWT” – are being developed.

It also notes several areas where knowledge could be expanded. Amongst other things: we need to begin gathering climate data on the territory’s mountainous ecozones, we need better assessment tools to “account for the economic effects of both climate change and the cumulative impacts of development decisions on society’s access and use of these services,” and we need better monitoring of insect populations, “and how these changes could be impacting our bird populations and our forests.”

Ultimately, the North is being disproportionately affected by the destructive and non-renewable activities driving climate change that are taking place elsewhere in the world. There’s little we can do to directly affect this. But our leaders need to make sure the rest of Canada knows about how climate change is impacting us, while lobbying hard for change. 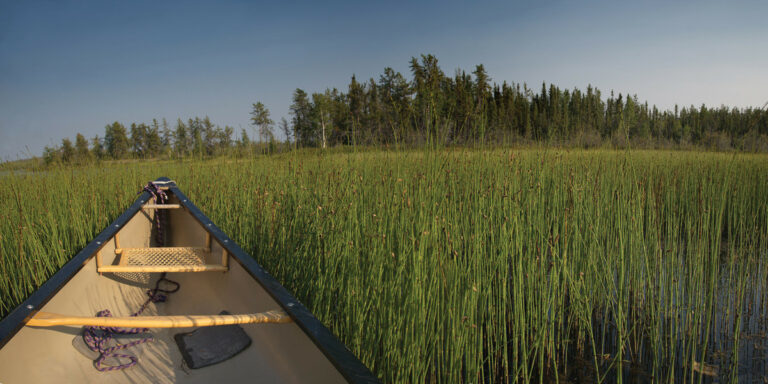