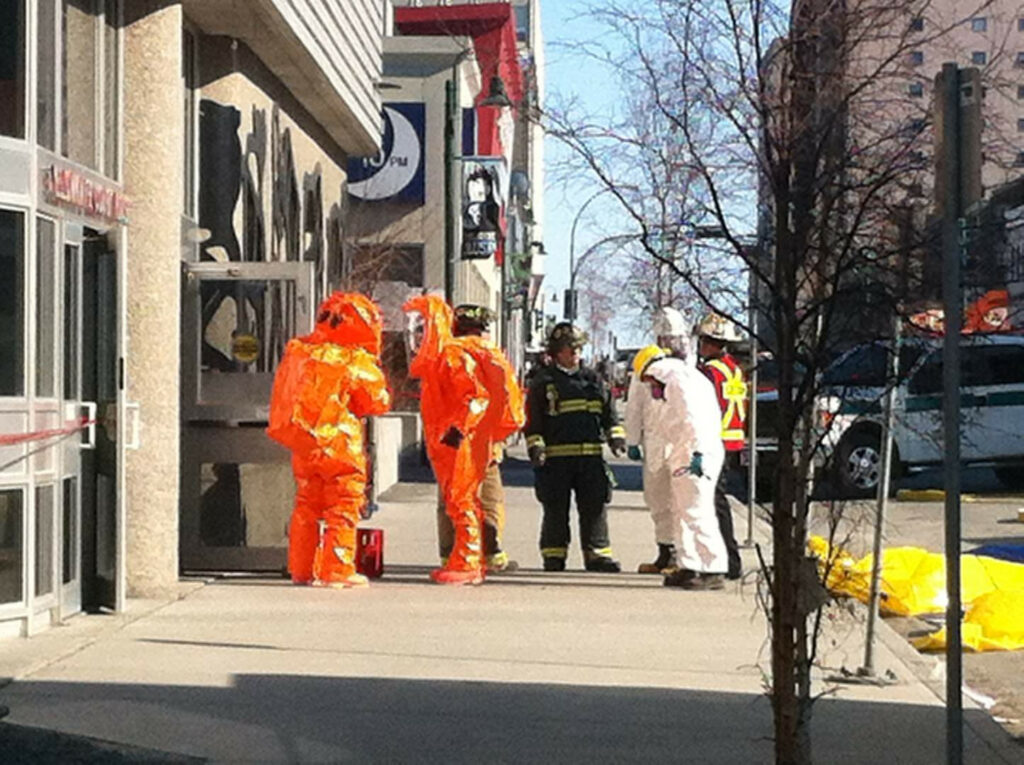 “Police are now confident the Court House and surrounding area is safe,” said an RCMP press release sent out shortly before 6:00 pm. At this point it’s unclear what was inside the package, however, the RCMP say the package will be sent away for analysis. At this point all emergency vehicles have cleared the scene and the road is now open to drivers.

The incident began around 2:30 pm, when people inside the building were told to leave without explanation. Jennifer Mickelson, a crown prosecutor who was in courtroom 5, said she had just received a decision when police asked her to leave the courtroom.

There were over a dozen firefighters, RCMP, and MED officers on the scene, including two people in white Hazmat suits with respirators who were seen coming in and out of the building. Shortly before 5:00 pm two other people in heavy-duty orange Hazmat suits were seen leaving the building, though they returned inside shortly after.

The firefighters outside set up what appeared to be two showers connected to hoses on a fire truck, and on what looked like a large blue tarpaulin. Shortly after 5:00, the two people in orange suits excited the building and were hosed and scrubbed down for several minutes. They did not appear to be carrying anything.

An earlier RCMP press release said people came in contact with the package are being “isolated and screened as a precaution.” It’s unclear if anyone is still isolated, however after about 4:20 individuals and groups of people started exiting the building.

“A further update on this incident will be provided tomorrow,” according to the RCMP press release.

Looking For A Lawyer? Don’t Do ANYTHING Until You Read This Article.