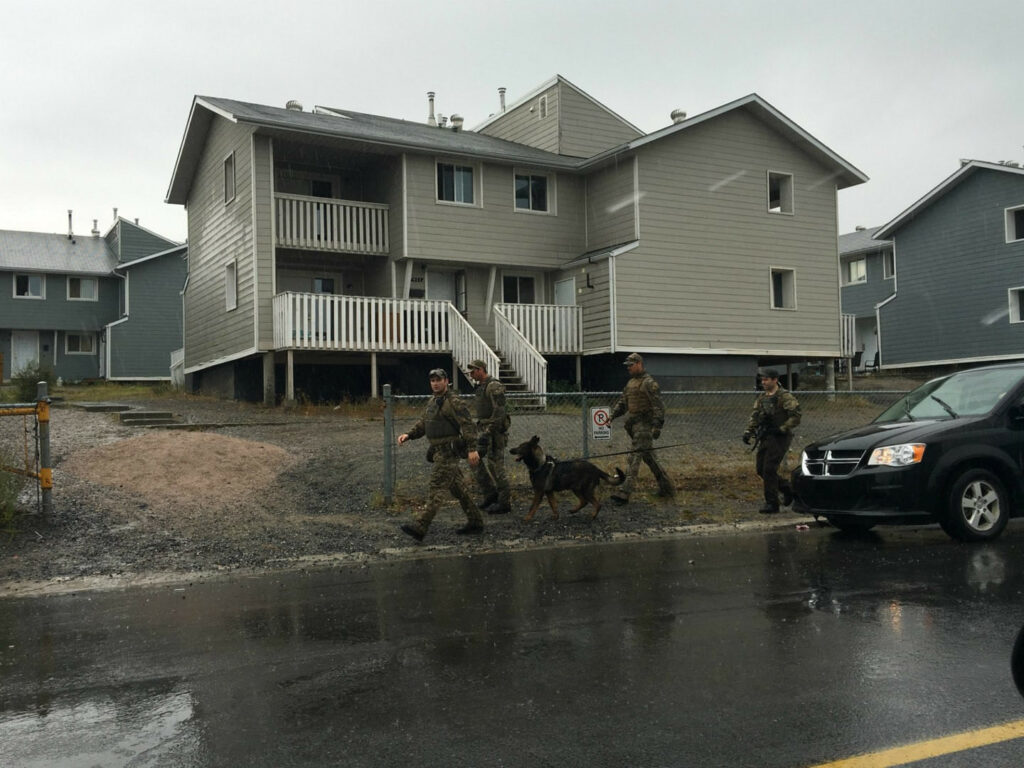 Police searching for King on the morning he escaped

During difficult times, it’s not always easy to know when and how to communicate. But I’d say the tsunami-sized rumour mill generated by an accused killer on the loose for more than 48 hours presents a straight-ahead opportunity. Even if you don’t want to get into the details for fear of “compromising the investigation,” surely you can reassure people you’re doing everything you can and things are going to be okay.

If you can speak up on world issues, you can say something about what’s happening at home.

Instead, all week it feels I’ve been inundated with Mayor Mark Heyck’s selfies from his well-deserved Boston vacation to take in some Red Sox games. Strangely, scrolling through his personal Facebook and Twitter feeds sees no mention of the manhunt for accused killer Denecho King, which is, I’m told, at the top of many Yellowknifers’ minds. His Facebook Mayoral account has cut-and-pasted two RCMP press releases, but no more.

Though I’d say this situation is serious enough to intrude on our head municipally elected official’s leisure time, let’s say you don’t agree. Where’s the Deputy Mayor? And in the absence of anything resembling a strong political statement, why did the City do nothing but regurgitate the RCMP’s sparsely detailed press releases?

Every day, I can get as many as three releases from the City about things very few people would care to hear about at a dinner party. Perhaps when something’s actually of interest, the organization could issue a statement, regardless of who has jurisdiction.

Speaking of jurisdiction, this afternoon, during hour 52 of the manhunt, I hopped off my bike and popped open an email from Premier McLeod announcing the appointment of an acting deputy minister for the Department of Environment and Natural Resources.

While good to file away for future reference, searching my email for “Denecho” reveals nothing from the GNWT but a Department of Justice spokesperson’s many-hours-late boilerplate Wednesday-afternoon reassurance the RCMP were notified immediately and there would be a full investigation into how things went down. Great. Thanks again.

Following every major foreign disaster, the GNWT issues some sort of plan to donate some small amount of money to an affected area. I’m not here to say it shouldn’t do this, but if you can speak up on world issues, you can say something about what’s happening at home.

Outside political circles, the RCMP, in typical NWT fashion, have shut down any reasonable flow of communication in the name of public safety. EDGE writer Mark Rendell is an excellent reporter who asks precise questions. Despite this, here’s the top quote in his story this afternoon:

“From my understanding, the resources are primarily focused within city limits,” said Marie York-Condon, who wouldn’t offer any specific details about the nature or locations of the ongoing investigation. “However, [the RCMP] would follow up any tips outside city limits, as well.”

Exactly how long has this search been going on, Ms. York-Condon? And this is the best you can offer? I’m not interested in affecting the RCMP’s important work in any way, but this statement borders on ludicrous.

The press conference held yesterday to update the media was especially uninspiring, with people being told things like be vigilant, stay safe, consider the man dangerous and to continue to expect a “heightened police presence.” The spokesperson then proceeded to basically not answer questions dealing with anything outside of how many resources were behind the search (all of them, it appears, thankfully).

When people are worried, we expect leaders to offer some sort of comfort, support and the appearance of competence and composure. Or not. 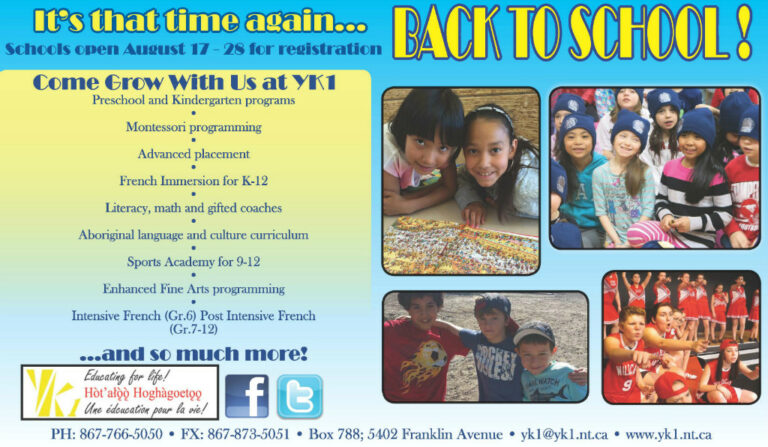