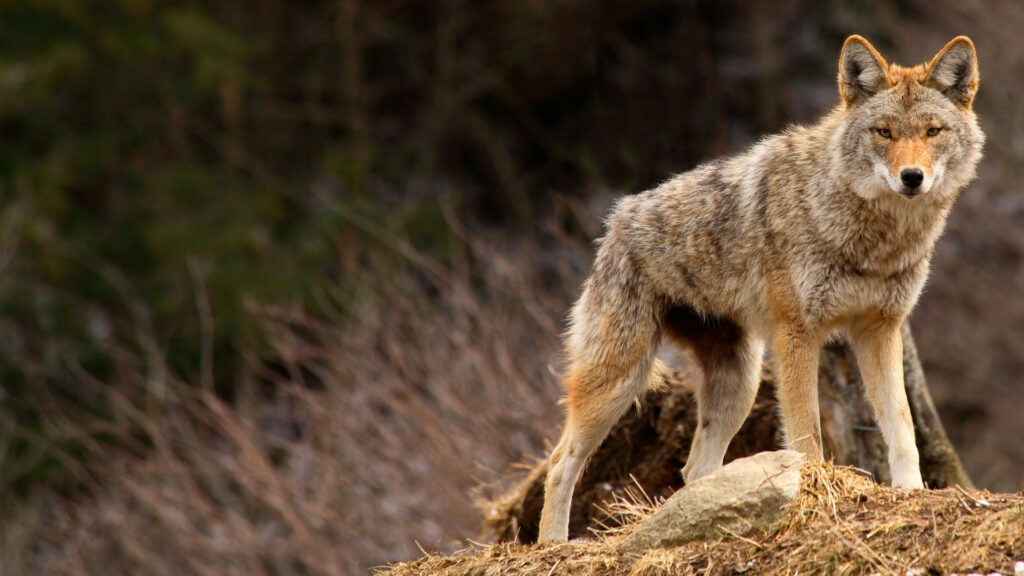 This week, a Range Lake pet owner reported her small dog being snatched out of her backyard by a coyote, while the department of Environment and Natural Resources issued a warning to Yellowknifers of  “increased sightings of coyotes within the City of Yellowknife.” Here’s Jay Legere’s piece, first published last May, about the city’s increasing interactions with the animals:

The urban wildlife scene in Yellowknife is getting a little cramped, with coyotes now regulars throughout the city — and multiplying.

According to the GNWT, the first coyote was spotted near the airport in the year 2000. Now there are numerous dens surrounding Yellowknife.  Adrian Lizotte, a renewable resource officer with the department of Environment and Natural Resources (ENR), can’t say for sure how many coyotes are living in Yellowknife, but he’s got a lock on where their dens are.

The den near Niven Lake is a mere 500 metres from the neighborhood, and Lizotte says there have been reports of coyotes passing through school yards.

With the reports he’s been getting, Lizotte says no one has described aggressive or odd behaviour. Also, it’s not easy to rid a city of coyotes.

“For us to go out and remove these den sites, we are going to have to destroy these animals,” he says. “There’s no way to live trap all these coyotes. In the past, there was an officer that tried to live trap them and couldn’t do it. They’re really intelligent.” There’s no disputing how intelligent a coyote is. Just ask Fred Sangris, one of the great Indigenous trappers living in N’Dilo. Standing at his second story office window, he points to three small islands a few hundred metres from the community. That’s where he believes coyotes are living.

“They come right off the point here, and then right across the bay there they usually go back and forth. They are here in the evening and at night, but during the day they are on that little island there. In the evening you’ll see them; they walk through the property.”

While Sangris agrees with the government on the wiliness of their coyote neighbours, he doesn’t buy the GNWT’s claim that coyotes only arrived in 2000. He says coyotes go back far into the legendary stories of the Yellowknives Dene First Nation. Anecdotally, he says coyotes made their home in the Yellowknife area until the they were eliminated 60 years ago.

“According to my dad, there were a lot of coyotes that died from the wolf poison program,” Sangris says. “After the 1950s the coyotes virtually disappeared.”

Sangris says the Canadian Wildlife Service poisoned wolves with tainted caribou carcasses in the 1940s and ‘50s in the hopes of increasing the number of caribou in the NWT.

“My father was a barren land trapper and he told me a lot of stories about it. He said [around] most of the lakes south of the diamond mines…somebody put up a lot of trees, and under the tree was a carcass of caribou, and around the carcass of the caribou were dead animals like wolves, fox, coyotes and ravens.”

Sangris says coyotes are now simply coming back home. As a trapper, that means he’ll be competing with them.

“We have to get our beavers, muskrats and furs. Coyotes are out there and they are very competitive; they can grow really fast and populate very fast,” he says. “Pretty soon all of north shore will be covered in coyotes.” A coyote den near the Niven Lake neighbourhood | Jay Legere

Despite the rebirth of rivalry with coyotes, Sangris has no plans to trap them. He says the market just isn’t there right now, and it takes a lot of work to properly clean and prepare a pelt, making it not worth the effort. Even the coyotes that roam N’Dilo are of no interest to him.

“The coyotes that come into the community don’t cause a lot of problems. I think they are looking for food in garbage cans and trappers that keep carcasses in their warehouse,” Sangris says.

“But there’s a lot of sled dogs in this area, too, and that keeps coyotes a safe distance from their homes. There’s enough people in the community that everybody is watching what goes on, especially when kids are going to school in the morning. There’s safety here.”

With trappers and resource officers reluctant to remove the nearby coyotes, the pressure is now on residents of Yellowknife and N’Dilo to keep the animals out of their neighbourhoods. 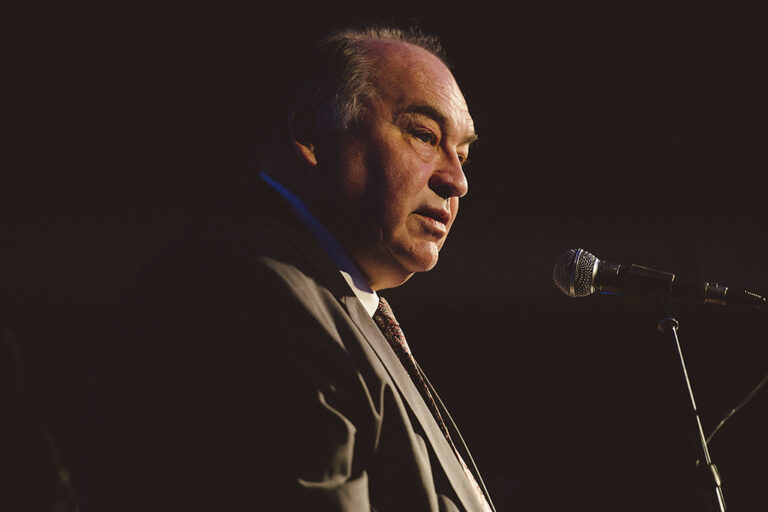